The Singer Not The Song – Peter Campion Interview 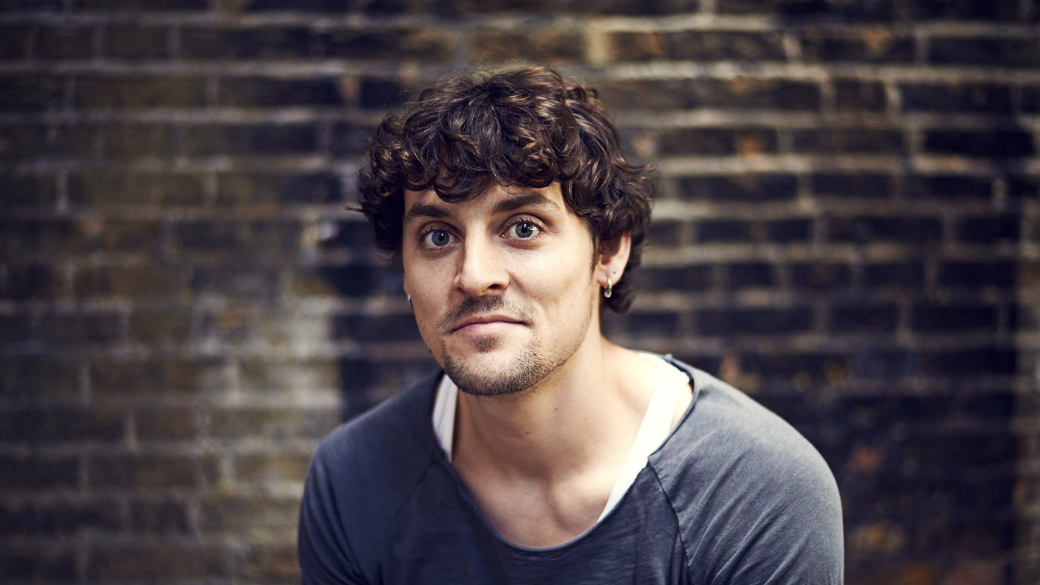 Peter Campion is a lot more interested in asking questions than he is in answering them. It makes for good conversation, certainly, but is less conducive to the conventions of interview and arguably an unusual trait in an actor. He has an almost childlike curiosity about the world around him which makes attempting to get him to speak freely about himself about as easy as catching smoke in a net. “Let’s just have a chat, you know, instead of an interview, and if you need to, just make it up. Just misquote everything I say.”

His digital footprint, too, is non-existent: no Facebook, no Twitter, and the only things showing up on Google about him other than press material and his impressive CV are a few Yahoo Ask pages trying to ascertain his age, with one user guessing he is 37. He’s somewhat galled by this. “I’m 28, by the way.” There’s your answer, Yahoo user. “Now that you mention it, perhaps I should be on the Internet more. I don’t know.”

Perhaps he has the right idea, vying for quiet success in lieu of a flash-in-the-pan kind of debut. Campion has featured in some capacity in most of Ireland’s most notable productions over the years, previously holding roles on TV series RAW and Love/Hate, appearing in the Oscar-nominated Brooklyn and, more recently, taking a role in John Carney’s latest heart-warming offering Sing Street. Peter’s cameo is a blink-and-you’ll-miss-it kind of role, and a lesser man may have felt their pride wounded by such an observation, but Peter, unperturbed and in fact cheery, agrees with me. “He’s certainly mentioned more than he’s in it. I got about a week’s filming out of it. I got to hang out with Ferdia [Walsh-Peelo] and Lucy [Boynton] for a few days, they’re both great. Ferdia’s only a young fella. I mean, I think this is his first acting gig. I think, now. Well, his first major thing anyway. He was brilliant in it.”

Though the general perception is that the young and talented of Ireland are generally forced to go further afield for work, Campion has returned to to the homeland after years in London. “I suppose a job took me home and then once I was home everything just felt better. On a personal level I was more grounded [here] so I felt I could do much more creatively and then also more work started to come in, so that was good… I think everybody is just fuckin’ doing it back home, you know what I mean? I think people are getting really creative, just saying ‘fuck it’, if you know what I mean. Like, I’ve seen a massive change in Dublin over the last decade. It started to kind of grow wings, becoming this massive peacock. Everyone’s going fucking mad. People are getting more creative, people are dressing differently… It’s the greatest place in the world, I’m having a great time.”

Ireland seems to be somewhat more restorative, less harshly metropolitan than London in Peter’s eyes. It is a possible harbinger of positive change to hear creatives extolling the benefits of Ireland as opposed to fleeing a land that was, post-Celtic Tiger, infertile ground for opportunity. “I missed the countryside, missed going down to the country big time. I just love this island… I don’t miss London. I mean, I reminisce about it, but I don’t miss it. For me, being home I am just able to be a lot more creative and the quality of life is higher. As opposed to in London [where] you’re spending a lot of your time making money in order to survive, so most of your efforts are gone down other channels. However, it’s a very stimulating city so there’s a huge amount of escapism going on there. It’s the Mecca for theatre. In London, when you do a theatre show, the need and want to create something special within such an insane city is pretty big because you want to create this escapism and you want to create something wild and pure and special and full of relationships and full of art, and you’re fighting to do this within this crazy city. I think that definitely adds to the theatre experience in London. The drive to just say ‘Fuck, come on. We need to make something real here as opposed to being totally shaped and knocked about by this place’”

Peter seems to have experienced some of the knocks and jolts of London life, though. “I found my twenties hard. Just growing up, I found growing up really difficult. I don’t think I found it hard at the time but looking back I’m just like, ‘Fuck, man.’ A lot of struggle going on there, you know what I mean? Identity, and just getting to grips with life. I went to drama school when I was 18/19 for three or four years and that was fucking insane… It was just a lot of extremes, highs and lows. Chaotic in the sense that what you were trying to do in there was distill, if that makes any sense at all. I know that probably sounds pretty wanky. You’re trying to get to the essence of you as opposed to being what you thought you were… The oldest guy in our year when I went [to Guildhall] was 27. He was going in with a level of experience, thinking, ‘Ah now, I’ve had a few years on planet Earth and I’m going in to try and become a better actor. I have a fairly good grasp of myself so I’ll give it a go.’ Meanwhile, I went in age 19 and I didn’t know my arse from my elbow. I didn’t know what was going on, was just some dope from Ireland who was straight out… of the womb, of fucking Ireland. I thought acting was all about having the craic and then I got into this conservatory and it was like, boom!.” In lieu of explaining, he mimes an explosion, twiddling the digits of his hands and raising his bushy, dark eyebrows. His propensity for dramatic flair and automatic impulse to express physically instead of verbally is both engaging and difficult to render in text. “This is acting. No, no, you are not as good as you thought you were, you have a lot to learn here.”

The conversation meanders pleasantly before settling on the subject of the much-maligned millennial. “Our generation’s a – actually, I think the people a few tables over are talking about the same thing.” He pushes away a drained coffee cup and cocks and ear towards them to hear what they’re saying. “Maybe it’s that we’re having our conversation through them.” Smoke, net, etc. “Our generation’s a funny one. I mean our folks, the first thing they wanted to do when they left school was get a job and just get down to it: get someone, get a house and have kids and that was their bag. For us, it’s like, ‘Oh my god, there are so many options, what do I do with my life?’ People have so many more relationships these days than they did before. People just go through partners for fun. There’s so many more options, you know, like Tinder. It’s just fucking mad, isn’t it? I see my buddies swiping away, flicking away going ‘Yeah, yeah, no, yeah, yeah, yeah, no’… mad.”

Circling back to movies, Peter explains his role in his latest film The Flag, which is on-the-nose topical for the year that’s in it. “It’s written by Eugene O’Brien and directed by Declan Rex, and they are the creators of Pure Mule, a big TV series a few years ago and it is a comedy-heist. So Pat Shott, Brian Gleeson Ruth Bradley and myself and a few others set off to claim the flag that was flown over the GPO in 1916. It’s sort of a comedy-heist.”

The centenary pops up again in conversation. Meanwhile Dublin bustles outside, busy in preparation for Paddy’s Day. Street sellers begin gathering 1916 themed scarves to sell on the infamous day while council employees screw green bulbs into large torches to bathe the various city landmarks in a tricolour patina. Peter’s expression turns more serious, his eyes swimming thoughtfully. “I think there’s a lot of misplaced patriotism in this country. Just like singing rebel songs and drinking pints in pubs… I don’t think that is what the people who wanted to make this island a Republic intended. I don’t think that is how they wanted us to honour them or show our affection for the island, you know? That’s what I mean by misplaced patriotism. Don’t get me wrong, I am so proud to be Irish, I love being Irish and everything about it, I more mean in regards to the celebrations of 1916. Just break that down, what those people did, knowing that they were going to die for this island. What have we done, since then, that has come anything close to that cause?”

Final question; if he could work with anyone on this earth, his dream director, who would it be? “I think I’d like to work with Werner Herzog. I feel like I’d love to go off in a jungle with him with a Steadicam and just film for like a few weeks. He’d be doing all the directing, I’d be his little puppet. I’d like to see how I’d come out at the end of that.”