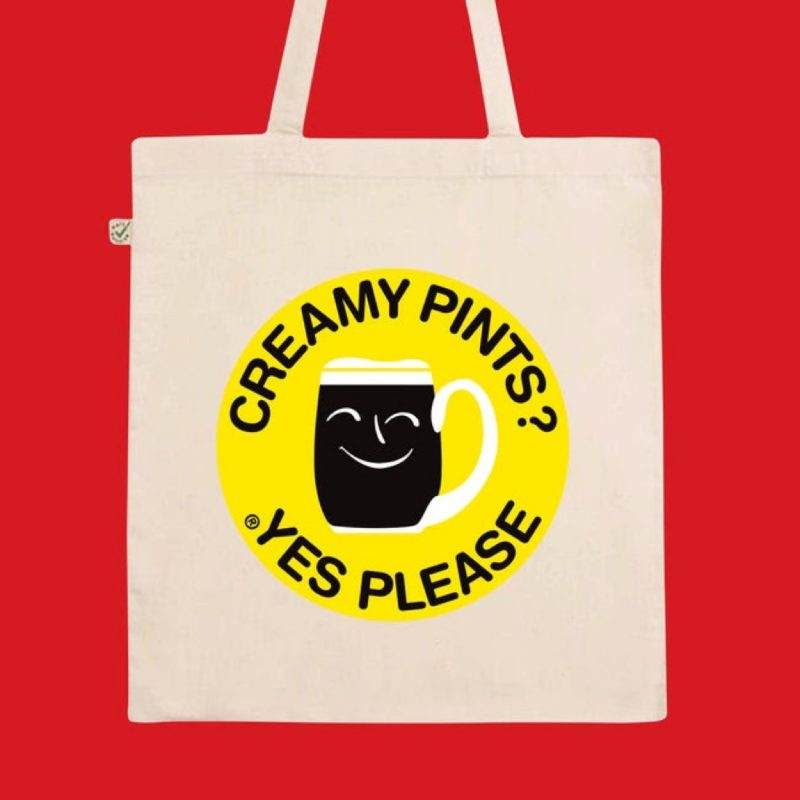 “You would be hard pressed to find a more perfect synthesis of Irish-ness and modernity than the Telecom Eireann logo by Kilkenny Design Workshops.” – Paul Guinan

Mining our past brings rich rewards. We meet three collaborators who are putting their own inimitable time stamp on our past. Next up… Paul Guinan.

How long have you been in the creative game?

I’ve been working professionally as a designer for just over ten years now. I graduated from Vis Comm in 2009 from what was then DIT, now TU Dublin. After college I did a stint over in London, interning with Wallpaper* Magazine and Spin before returning to Dublin in 2010 and landing my first junior position here. After a decade working for several studios in Dublin I made the leap into self-employment in 2019. Currently I divide work between my own projects and clients as well as working with studios on a freelance basis.

What was the catalyst for becoming more interested in local history and its rich visual culture and history?

I’ve been friends with Donal and the guys from Come Here to Me! since my college days so always had an awareness of Dublin’s incredibly rich social history from being around them. 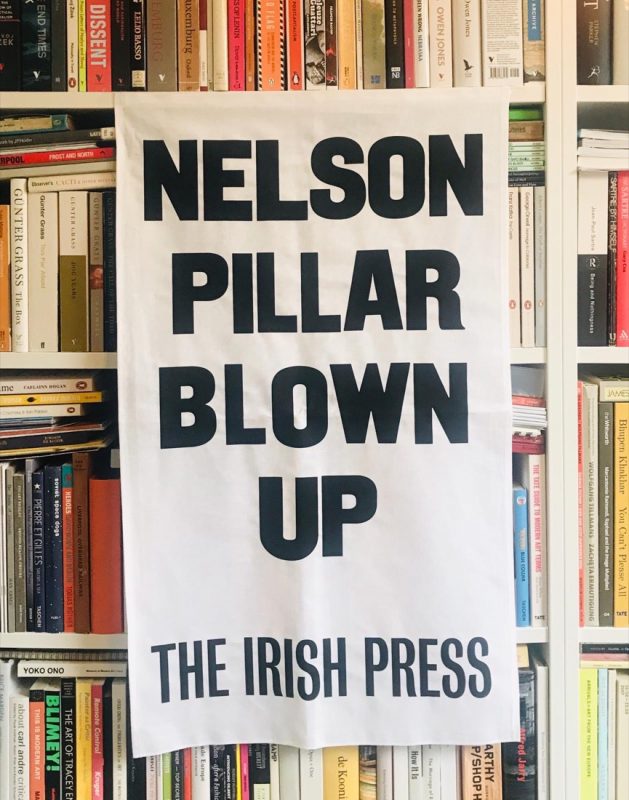 They would have guided me towards books and events that seeded my interest in local history generally. The visual side of that is something I started to become aware of through blogs like Built Dublin, Dublin Ghost Signs and Niall McCormick’s Vintage Irish Book Covers.

Any books you’d recommend to give someone as a fast track to what makes it so special and interesting?

If you can get your hands on a copy Linda King’s Ireland, Design and Visual Culture: Negotiating Modernity 1922-1992 is a wonderful collection of essays that cover all facets of modern Irish design, from the architecture of national embassies to the history of memoriam cards. 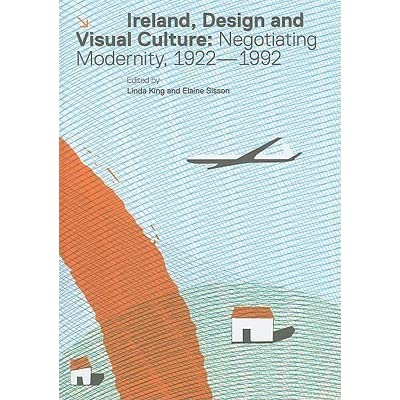 Ellen Rowley’s More Than Concrete Blocks series is another wonderful read that looks at twentieth-century architecture in the capital.

The most seminal logo, design or creative work you wished you did most and why? 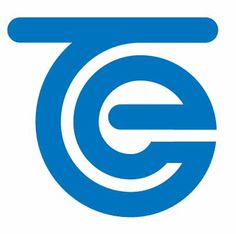 Would be hard pressed to find a more perfect synthesis of Irish-ness and modernity than the Telecom Eireann logo by Kilkenny Design Workshops.

Where do the inspirations for the projects come from? Beyond the obvious creative desire to create lasting mementos of our unique visual history, or subverting iconic designs and localising them (as per the Moore Street tote), is there a greater ambition or even a smaller desire to get people engaged in new and interesting ways?

Ideas generally come from the collaborators (Donal & Matt) with myself occasionally offering an idea here and there. Ultimately TCB and modernist.ie aren’t my projects so I do take a conceptual backseat with my focus being on the visual execution of what the guys decide on. In terms of ambition though I’d love for what we’re doing to instill an awareness and pride in Ireland’s design history. 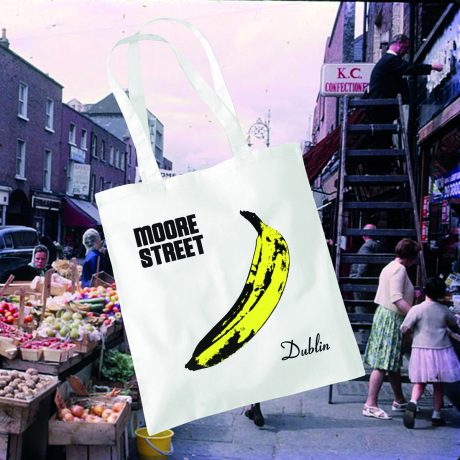 There’s a tendency to look at continental Europe as the high watermark for design in the twentieth century, but I think both TCB and modernist.ie are showing that the standard of homegrown design across all fields was easily on par.

Your favourite collaboration or merch drop so far? What made it so interesting or special?

Probably the Dublin’s Great in ’88 tee for the simple fact it went from a half-serious WhatsApp message to sold out and a second run in a matter of days. It was the first piece we did so we had absolutely no expectations for how many we’d shift. To have so much demand straight out of the gates confirmed we were definitely on to something.

The dream project you have yet to make or would make if money was no object?

As ardent Guinness fans I think we’d all love to do an official collaboration with them. The archive of John Gilroy’s work in particular would be incredible to get access to and create something with.

At the rate the city is being urbanised and changed I feel we’re at risk at wiping out a lot of the colour, community and culture that makes us so magnetic to people both here and across the world. Do you agree this is the case and if so, what do you think we need to do to start defending these important parts of our creative and cultural identity and how would you recommend we open the conversation to the widest audience possible so they feel a strong ownership of what is being torn down and erased from the landscape of our town here?

Absolutely agree. Historically we don’t have a great reputation for preserving important parts of the city’s character, from knocking down Georgian buildings to building on Viking settlements. The last few years especially, with property developers and tech companies running rampant, have seen even more loss to our built heritage and visual culture. I think it’s an incredibly complex issue to solve and one I’m not fully qualified to answer but certainly the more people we can include in the conversation the better likelihood we can preserve what makes here so special.

Your favourite piece of Dublin creativity ever? The priceless piece you would happily have in your house until your last days? 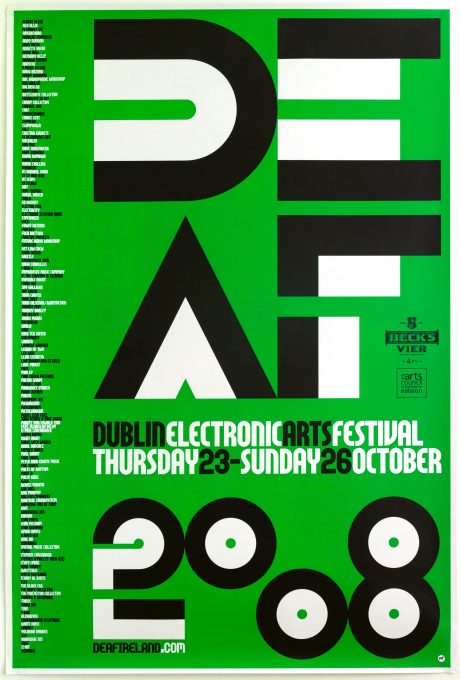 Check out our interview with Donal Fallon here