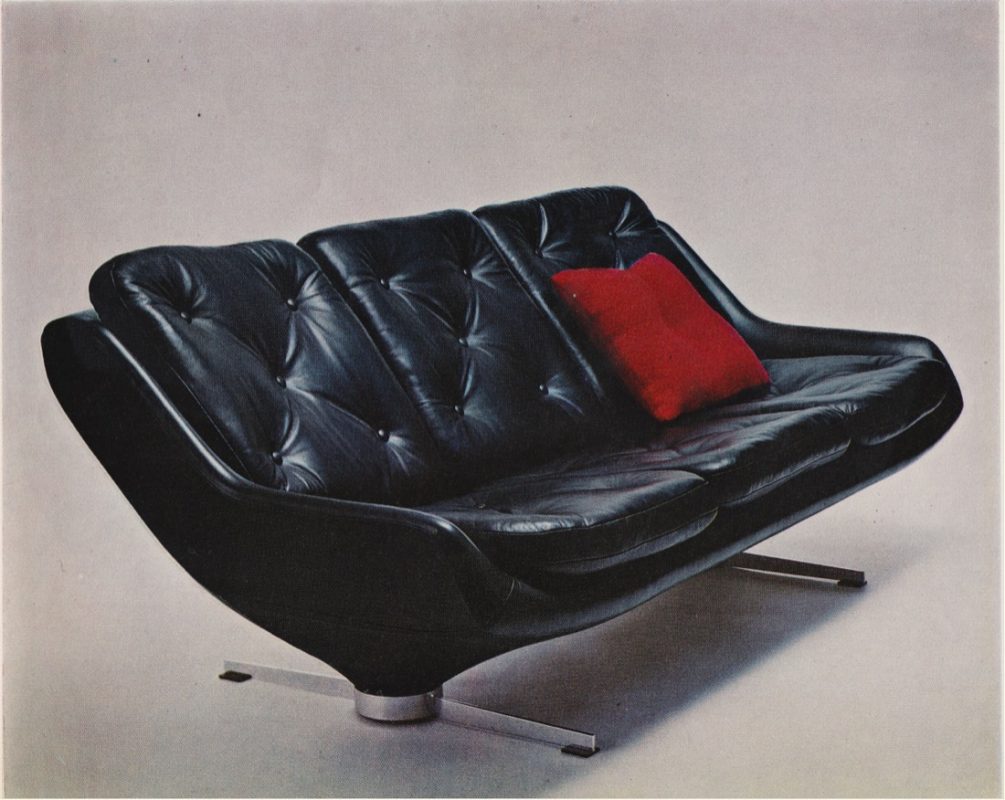 Like an old mattress left lying on the side of the road, the Irish furniture industry in the early 1960s was stagnant, stale and ignored. Operating since 1932 in a highly protected domestic market, most of its furniture was of poor quality, old-fashioned and often expensive. The public had no choice but to buy Irish. In 1960, imports made up just 1% of furniture sales. But with Ireland set to relax its trade barriers, many feared for the future of the industry. 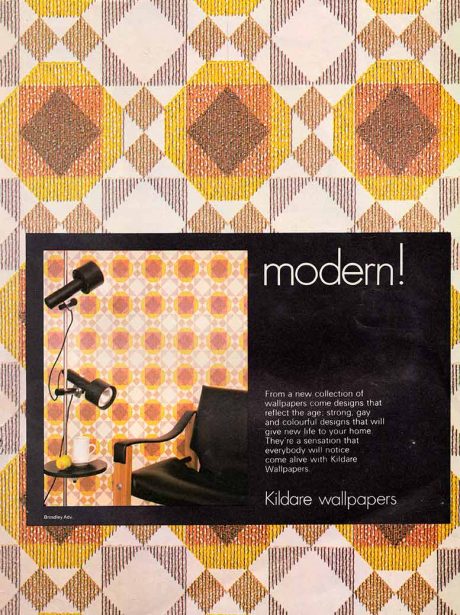 Fast forward ten years and not only had the industry survived, it had become stronger. Sales doubled over the decade and exports increased fourfold. Irish firms showcased their best furniture and furnishings at Enviro 70 at the RDS in March 1970. Advertised as “the biggest and most interesting fair ever seen in this country”, it was the pinnacle of years of work by its organiser, the Furniture Adaptation Association. The FAA had been running fairs in Dublin since 1966, but Enviro 70 was its biggest yet. Almost 40,000 people turned up over the eight days to see the exhibits from 59 firms.

When the FAA formed in 1965, its purpose was clear; adapt the industry to prepare for competition and create new export markets. It immediately identified design as its top priority. Aware that there was no tradition of furniture design in Ireland, the FAA set about recruiting talented designers from abroad. Andrew Milne, Geoffrey Harcourt (see photo of his Falcarragh Suite), Gustav Sauter and Svante Skogh were just some experts hired to work here. According to Denis Kelly, chairman of the FAA,” Design, and the development of designers, is of such fundamental importance to the future of the industry, that it is unquestionably a matter of national importance.” 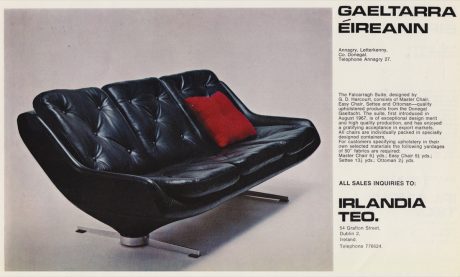 Production methods needed to improve too. The FAA negotiated grants from Coras Tráchtála and help from other state-sponsored agencies like the IDA and AnCo. This allowed firms to purchase better machinery and strengthen their technical expertise.

When the Minister for Industry and Commerce, George Colley launched Enviro 70 he also introduced the public to the FAA’s new Quality Control Mark. The purpose of the mark was to provide the customer with a guarantee of an acceptable standard. Worried that furniture imports were now rising higher than exports, a concerned Colley urged the Irish public to take confidence with this new guarantee and buy Irish. 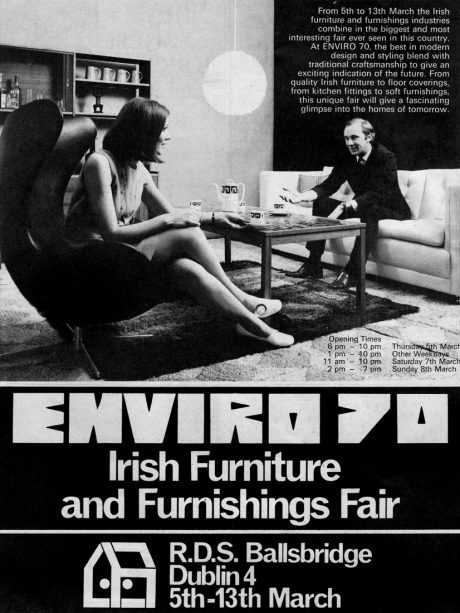