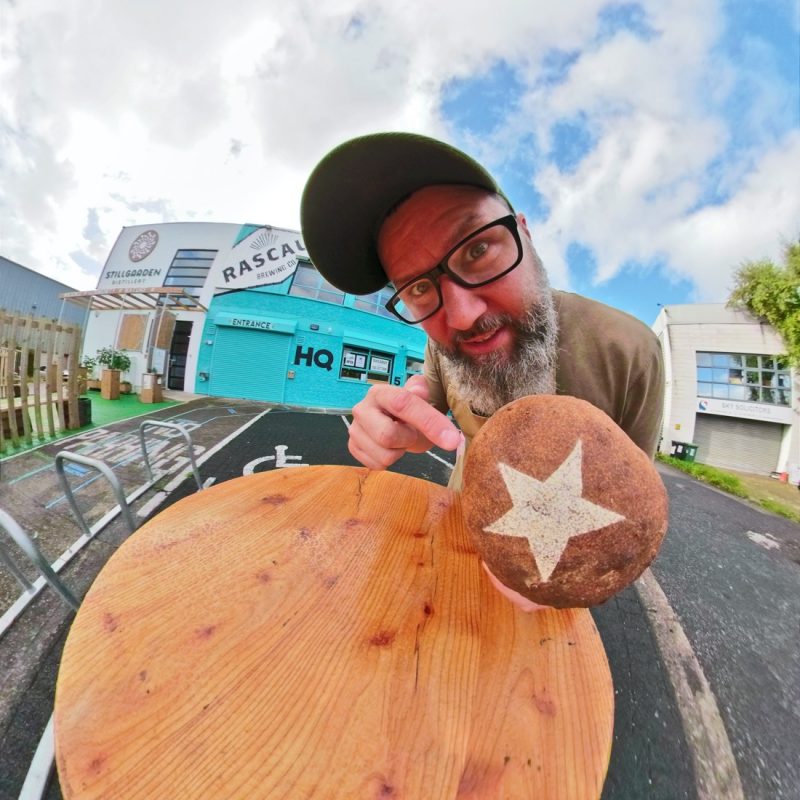 Guerrilla baker Edward Bala is suitably philosophical about his decision to launch a bakery in the middle of the pandemic. “There’s this saying I’ve heard,” he says, “Crisis is a mixture of danger and opportunity. The pandemic made people focus more on what’s local, which made it easier for me to start, so I decided to take the risk. And I have to say that thanks to the support of the local community from day one, it was a risk worth taking.”

Bala’s initial interest in baking arose from time spent living in a remote location in Wicklow, where going shopping often proved a bit of a mission. His early home-baking experiments gave him a lot of satisfaction, while he was also lucky enough to meet a number of French bakers who generously shared their knowledge and helped take his passion for bread baking to the next level.

Now living in Inchicore, he quickly became aware of local social hub Rascals, with their beer and pizza operations. “I’d been baking bread in a pizza oven previously, and their oven, lonely in the mornings, became my point of interest.” Armed with two years’ baking experience at Gaillot et Gray on Clanbrassil Street, the Dublin 8 resident approached Rascals with the idea of baking local sourdough, and they were kind enough to let him have a go.

Ed describes the venture as a ‘Guerrilla Bakery’, explaining that ‘micro-bakery’ is the term often used to describe places where you can get good, fresh sourdough baked in small batches. “And I wanted to do just that,” he says, “bake handmade bread for the local community, but because I was only renting the kitchen part of Rascals HQ and selling from their takeaway hatch window, I thought ‘micro-bakery’ sounded too big for my operations, and without investing too much to start the whole thing, I felt it had this guerrilla vibe to it.” 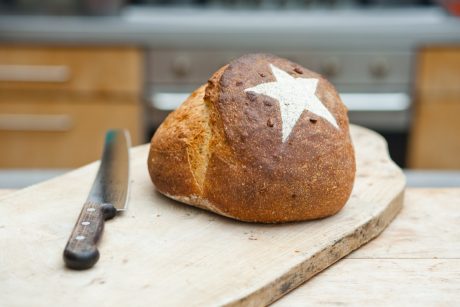 The unique Star design on the bread was a natural consequence of using the term ‘guerrilla bakery’. “While I never been in the army and consider myself a pacifist, I always liked to wear military style clothes, anything olive green or camouflage,” he says, “so all that was in my head when it came to designing the logo for Ed’s Bread. The white star on the door of an army jeep was probably the original inspiration, but the star is such a universal symbol. It’s also very ‘rock and roll’, and there’s nothing like good, loud rock ’n roll being played early in the morning when I bake!”

While Ed makes his sourdough bread from start to finish, the pastries he sells are sourced from a French producer. “Baking pastries in a pizza oven can be challenging, but they’re made with real butter which makes the difference. I’ve also seen how a fresh loaf lifts people’s mood. Some even hug bread that’s still warm!”

A few weeks ago, he married the wonderful Freda of Intelligent Tea. “I’d expect only more good and unique products available at Ed’s Bread as a result,” he says, adding that future plans include creating another kind of bread, introducing sandwiches, and integrating activities such as beekeeping. “This year I’ve managed to collect some honey from the hives in Inchicore, so you can get now get a jar of very local honey right here at Ed’s Bread.”

Ed is also delighted that his delicious sourdough is now available at the Small Changes store on Emmet Road, Inchicore on Tuesdays and Fridays and at the Dublin Food Coop in Kilmainham on Thursdays and Saturdays.