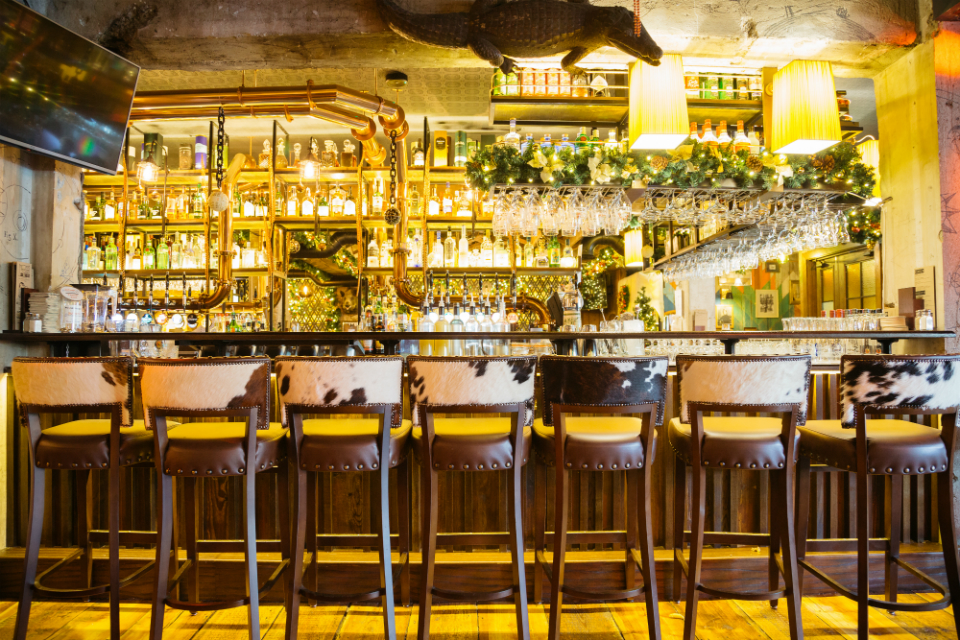 They say all publicity is good publicity but in the case of Churchtown’s recently refurbished Bottle Tower any modicum of insight remaining in that tired old cliché has surely been expunged. Not long after the reveal of the storied local’s facelift it became apparent that all was not right in Dublin 14. Any online mention of the bar would illicit a stream of bilious comments from members of the local community, each detailing stories of being turned away from the very pub they’d called their own for, in some cases, generations. Apparently the natives had no place in the new owners’ idea of what The Bottler could be and they have very little by way of misgivings regarding the expression of these feelings.

A sad state of affairs, no doubt and but one in a catalogue of causes for alarm present before even stepping inside this pub. The most brazen amongst these affronts on good sense being the string of gibberish – as befuddling as it is horrifying – emblazoned above the door: “Purveyors of fine Whiskies, Taxidermy [!?], Cocktails and Curiosities [!?!?]”. The combination of confusion over what one is seeing with the queasy unease over what is to follow hasn’t been felt since the nightmare sequence that opens Bergman’s Wild Strawberries.

Undaunted – well, somewhat daunted – my companions and I crossed the threshold on a brisk Thursday evening. Immediately it’s apparent by virtue of the overbearing nature of the refit that those calling the plays are certainly in possession of a “vision” but tragically wanting in the gumption to realise just how repellently bougie that vision is. Hulking brass pipes snake around the ceiling, mounted boar and antelope heads, repurposed dials, gauges and mirrors all vie for attention in an overwhelming cacophony of visual stimuli. A neon sign in the corner implores you to “Eat, drink, love, dance”, like a shared post from an aunt who is new to Facebook has somehow manifested itself here in the flesh realm. 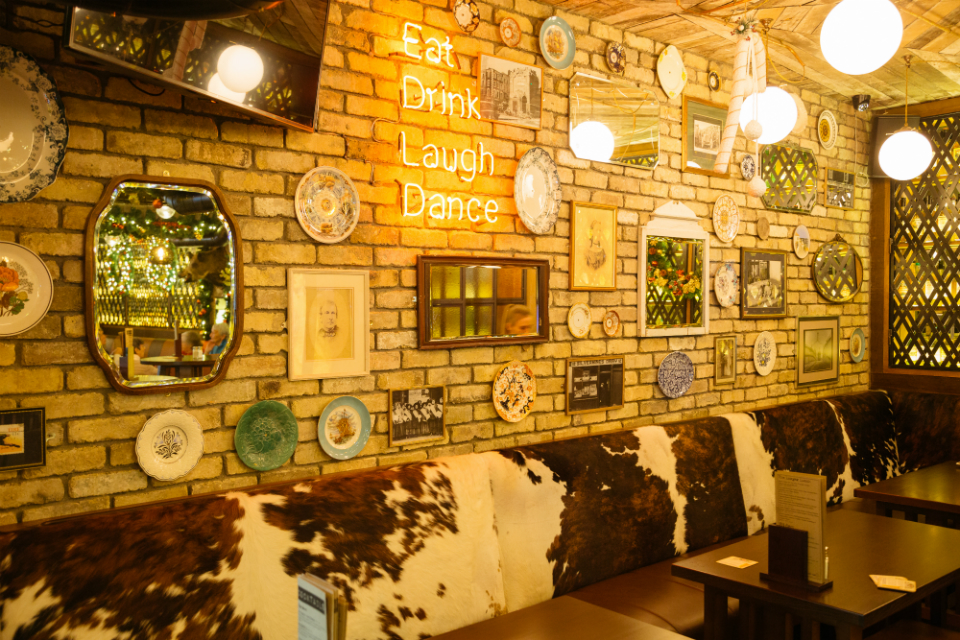 Judging by those deemed worthy of admission – families sharing nacho plates slathered in cinema-grade cheese, a smattering of well heeled ladies cooing over cocktails, a lone man in a golf club purple jumper looking shell-shocked (he wore the spectral quality of a Tommy freshly returned from the front), it’s obvious the place is trying to occupy a space much closer to a novelty restaurant with a sideline in management-sanctioned nights out than a public house in the truest sense. Think something akin to a steampunk TGI Fridays with a sterilely insincere, suffocating ambience to match.

We make short work of our lackluster bar snacks (a serving of the aforementioned stodgy nachos) and some Beavertown Gamma Ray IPAs (€6.30) and Guinness (€4.90), and set about making a hasty exit. The relief at re-entering the bracing November night was palpable. If only all boycotts were this effortless.