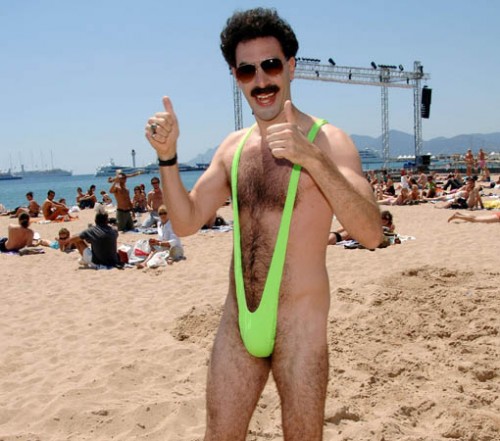 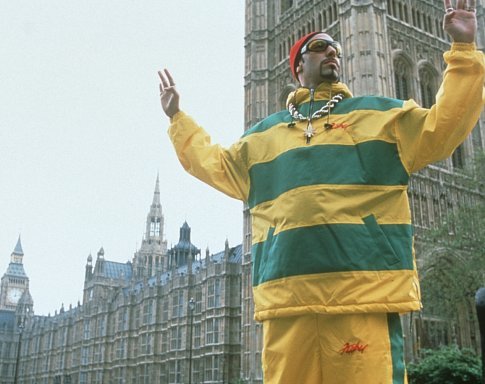 It seems only a distant memory now – Ali G on our television screens – hitting us up with his gangster lingo and fresh moves (and let’s not forget fashionable clothing), a memory that seemed destined to eventually run its course and peter out. It did no such thing however. Who would have predicted its popularity and resulting movie deal would lead to the countless Cohen creations we know and love today (well mostly anyway).

One cannot underestimate the craftiness of Sacha Baron Cohen as a performer, whose not only penned all the characters he inhabits but has pioneered his own marketing strategy whereby he stays in character for public appearances and discussions of his movies. With The Dictator hitting our screens this Friday, we take a look back at the origins and rise to fame of the man of the moment – Sacha Baron Cohen.

It’s what put Sacha Baron Cohen on the map – the television character that became a movie – and it also features some hilarious cameos by Michael Gambon and Martin Freeman.

Taking a break from his usual one man show features, Cohen teams up with John C. Reilly and Will Ferrel for this hilarious tale about race car drivers.

If Ali G got him noticed, then Borat made him a house hold name – with this relentlessly ridiculous but hilarious tale of a small town simple man embarking on his first venture to the U S and A.

Probably his least successful venture to date, this flamboyant Austrian just didn’t catch on like the others, despite some truly great moments.

And now with a budget of over 50 million, Cohen adds an epic scale quality to his latest comedy adventure – The Dictator. The real question is can Cohen recapture the madness and freshness that made Borat so successful?