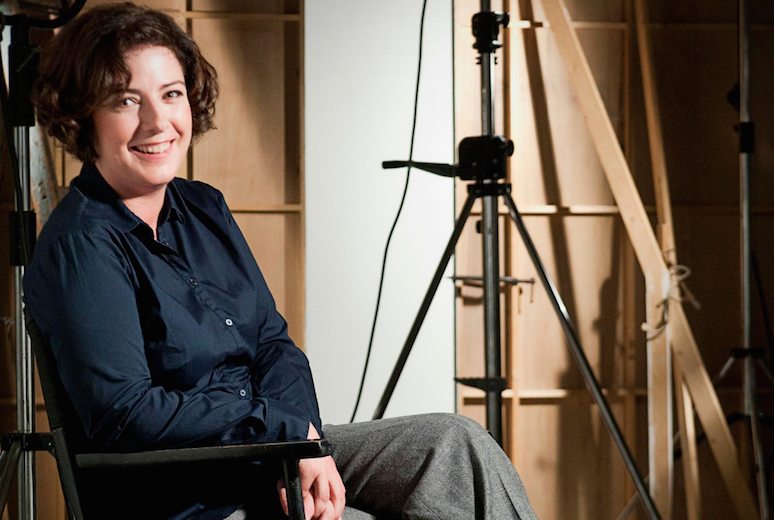 In the hectic last weeks before the launch of the programme for the 13th edition of the Dublin International Film Festival, we caught up with Festival Director Grainne Humphreys to find out some of what we can look forward to this month and also just what goes in to making an international festival work and grow each year.

We are just coming up to the programme launch, but how much of it is set so far?

My stress levels are zooming because we are effectively about 15 hours away from going to press which is the hardest time you’re trying to literally get all the last slots locked and guests in. But, it’s looking really good, I think it’s a really strong programme. In a way the hardest thing for me is to stop. You sort of build up firm momentum over the months leading up to the festival, and then you’re conscious that you’ve sent out all these invitations and you’re chasing all these different films and finally you have to say, ‘No more, what we have is what we’re going to show,’ and then it turns into a completely different dynamic where you’re trying to encourage as many people as possible to see the films that you’ve been watching over the 12 months before.

The festival made the move from February to March this year, was there any particular reason behind the move?

One of the things was it’s awfully difficult and tricky to try and get answers from film distributors and sale agents and agents about people actually coming to the festival in February, so what we wanted to do was the idea that if we moved to March there would be a slightly bigger breathing space, post-Christmas and that would allow us to expand the programme and broaden our reach. So far, I think it’s working as a strategy. We’ll do an evaluation post-festival, but it does seem to be a slightly better time for people and also it’s meant to be slightly warmer. We were hit by snow about five years ago and I remember thinking, ‘God, I don’t want to do this again.’

There have already been announcements such as Russell Crowe bringing his directorial debut, The Water Diviner, to the festival, what else can we expect this year?

Well, Russell Crowe is fantastic. I’m a fan of those kind of historical dramas, I think it’s a very big subject for a first time director so that was really interesting to be able to lock that in and announce it.

One of the things I love is looking at films in the past that have a resonance for Irish audiences and one of these is Barry Lyndon, the Kubrick film. We will have the producer and Ryan O’Neal for a special screening, which will be hosted by Lenny Abrahamson. It’s going to be a chance to bring a lot of the Irish crew that worked on it back together in the Savoy.

I’m a card-carrying documentary fan, so for me it’s very important to try and use the festival as an opportunity to try and see films that won’t be screened again and documentaries within that section of films are very definitely under promoted in Ireland. So we’ve got a fantastic line-up of films. There’s one film, The Last Man On the Moon, which is about the last astronaut on the moon and it is one of those films that has scale and story. We’re attempting to put on programme on that appeals to, for example, a fan of space movies, or someone who is interested in American indie – all these different audiences living in the city – and encourage them to see more.

You’ve served as director of the festival since 2008, how do you think the festival has developed and shaped throughout the years?

It’s really hard question because I feel like I’m inside the whirlwind. I know when I started there was about 70 films and now there’s double. I know that we expanded the range of stuff we bring in, and we bring in nearly 100 guests every year and that’s really important for me. I go to about 30 film festivals and I watch about 1,100 or 1,200 films every year so it’s all about making sure the festival is as good, as strong, as current and as contemporary as it possible can be. I know that the other thing is that the way in which film is consumed now has changed.It’s all digital and in terms of response there’s an awful lot of online presence and social media. The way in which films are viewed and shown have changed, the venues have changed in the city, the shape of the city has changed. It’s about reacting to that. From my point of view, whether it’s theatre or film, you have to be able to respond to the changes that are happening internationally. And one of the things that’s interesting is as an organization we have had to grow to incorporate things like audience development and marketing and to build a team. There used to be a terrible sense in Ireland that festivals were something you could do in three months and, really, to put on a world class festival – which is what we aspire to – you have to have a dedicated team working on a year round basis.

So is the preparation for the festival a year round thing for you?

For new films it is, but for certain guests it can take two or three years to make their schedule work so I feel it’s kind of evolving really, something that you will try do in one meeting but doesn’t come to fruition. You might be able to move to the next.

It’s always good watching a national cinema develop, maybe one or two filmmakers at first, then within four or five years it has a fully fledged movement. The Irish films last year, for instance, that was a real high that the festival was really proud to be a part of. You suddenly have six, seven, eight films that are really strong happening at the same time.

From my point of view, unless you have ability to respond to that, and I say that about all festivals whether it’s theatre or film, you have to be able to respond to the changes that are happening internationally. Ireland isn’t just a receiving venue where we just take what somebody else is offering and take it in a bland way. It’s very definitely about the programme.

It’s very definitely about the programme and having a resonance for the audiences who live in Dublin and Ireland, and not just taking something that somebody has packaged and it does a tour, completely irrelevant and dislocated from the audiences that are going to see it.

The thing is we’ve been in partnership with Jameson since the very start of the festival and it’s fantastic and a crucial reason why the festival is still here. The support was crucial in allowing us to spread our wings, to meet and greet and to bring some of the biggest stars in the world to Dublin and I’ve no doubt that that will continue but in a different relationship.  So, I’m not fearful. Although other people find that kind of change wrenching and traumatic, I’m actually really excited.

The Jameson Dublin International Film Festival runs from Thursday 19th to Sunday 29th March. The full programme can be viewed at  www.jdiff.com

Last year, Stanley Tucci brought his talents to JDIFF, receiving the festival’s Volta award and served as the focus of a master-class in the Lir Academy. One of this year’s Lir Academy Master class subjects will be none other than Sex and the City alum, Kim Cattrall, with JDIFF promising to have ‘much knowledge to impart from a fascinating career that has balanced TV and film work’. Throughout her career, Cattrall has worked with many great directors, including Roman Polanski, Otto Preminger and John Carpenter and brings her new executive-produced television series, Sensitive Skin to the festival.

The Price of Desire

After being set free from the world of Harry Potter, Alan Rickman gets to sit back into the directors chair for his sophomore film, A Little Chaos, which has its Irish premier at the Jameson Dublin International Film Festival. Rickman has assembled an eclectic ensemble cast including his Sense and Sensibility co-star, Kate Winslet, Stanley Tucci, Jennifer Ehle and Belgian up-and-coming actor, Matthais Schoenaerts. The period drama looks set to be a beautiful, lush but restrained portrayal of the competition between landscape gardeners hoping to design a fountain in Louis XIV’s chateau in Versailles.

Stanley Kubrick’s often under-appreciated 1975 Oscar-winning masterpiece, Barry Lyndon comes to the Jameson Dublin International Film Festival. The film follows the exploits of fictional Irish rogue, Barry Lyndon (Ryan O’Neal). Filmed partly in Ireland and on the film’s thirtieth anniversary, JDIFF are showing a screening of the film in Dublin City’s Savoy cinema. Hosted by Irish director Lenny Abrahamson (Frank, Adam and Paul) and set to be in attendance are star Ryan O’Neal and long-time Kubrick producer Jan Harlan. A film so beautiful in its painterly visuals, stunning landscapes and rich production design, Barry Lyndon is not to be missed.