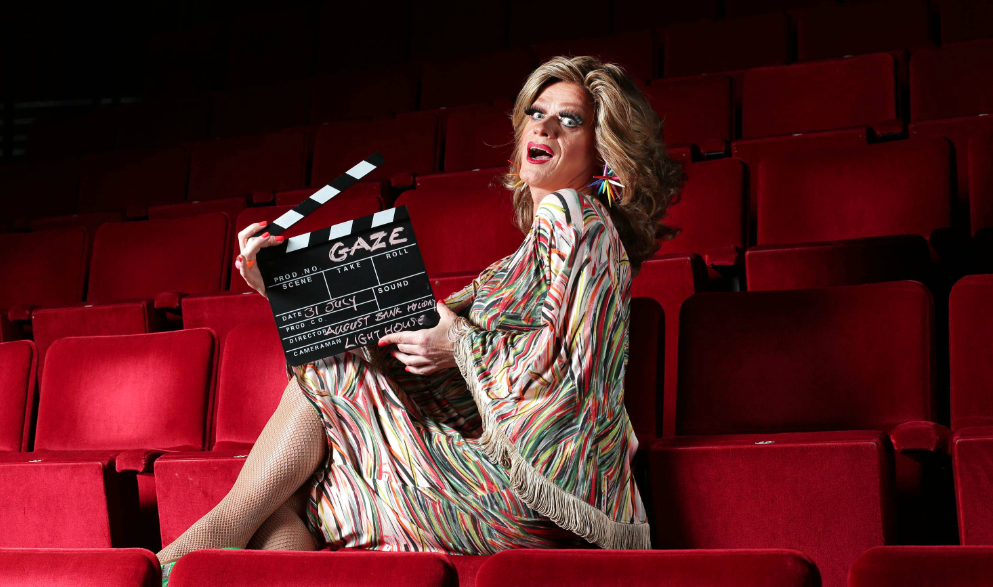 The Gaze International LGBT film festival has been in operation for over 20 years. Now in his third year as festival director, Noel Sutton talks to Totally Dublin about how the festival has changed in the last two decades and the transformation Ireland has experienced simultaneously. Displaying everything from feature films to documentaries- both home- grown and international, Gaze clearly still has a hugely important role within the LGBT community in Ireland today. We caught up with the man behind the event to find out a little bit more about the festival and his top tips for what to watch out for.

Can you start just by introducing the festival? What’s your aim?

Our aim is essentially to provide a platform for telling stories. The festival isn’t just about going to watch a movie, it’s about the experience you would have at a festival and all the toppings that go on with festival life too. There will be some 8,000 people attending the festival over the weekend. It’s our duty to keep growing and coming up with new and innovative ideas for them.

Tell us about the team at Gaze.

We’re a team of two. Emma Connors is our programmer, so she sits and decides the films that will be shown. I guess that’s kind of cool, but it has its drawbacks. Recently she’s watched 365 films and trawled through hundreds of submissions for our short film section.

And how do you make the final cut of the films that will show at the festival?

We go to Berlin and London film festivals and make our ‘big’ choices there. We see what’s winning at Sundance etc. and bring the best back to Dublin. For the short films, we open submissions in January and we start watching them from that point on. From there it’s simply a case of picking something that catches your eye. It’s a bit of a minefield to be honest!

Are there certain criteria for the films that are chosen?

Yes, definitely. It has to appeal to the LGBT community in some way. For a long time we were bombarded with “coming-out” stories. But it’s no longer predominantly about that. It’s about life. The work that’s being created has progressed from issues such as coming to terms with one’s sexuality, and gay pride to subject matter that’s more directed towards human rights. This adds new colour to the festival and most of all, an exciting new element to the stories.

Can you tell us about the history of the festival and how it’s evolved? Have you noticed any difference in the reception the festival has received and in audience opinion? Specifically, can you set this within the festival’s Irish context?

When the festival first started, homosexuality was illegal in Ireland. The festival was ground- breaking because homosexuals were considered criminals at that stage. It was a time when change was coming and in the same year, homosexuality was decriminalised. At that moment, London – which is always about 7 years ahead of us – put together a travelling package to bring to Ireland, which was the best of their LGBT film festival. This was a great opportunity for Irish people to see what was being made abroad and what was going on. For example, the festival screened numerous documentaries about the civil rights movement in America. That’s what the festival was used for in the early days- it definitely had an educational value. A lot of content that was made then was quite shocking because it was specifically for people who were exploring their sexuality. Now, we have a lot of mainstream films. Loads of films shown at the festival will go on general release in the global box office.

Is there a danger of people outside of the LGBT community feeling excluded from the festival?

There would be a danger if we were suggesting that those from outside the LGBT community weren’t welcome to come along. What’s important to remember is that the festival is a celebration of LGBT identity. It’s important that we talk about our identity and our lives. That’s the same for any community. We want to share our identity, our stories and what’s important to us. It breaks down boundaries in order to develop society as a whole. That’s why we continue and carry on each year. Contrary to what you might think, the audience is incredibly varied. Last year we had a film called In The Name Of – a Polish feature. We didn’t anticipate that it would sell out, and that 90% of the audience were Polish people who came to see the film because it was Polish, not just because it was telling LGBT stories. The change that has occurred in our festival is that it’s not just about LGBT content. It’s important, but it doesn’t define us.

So, do you have a specific mandate or a particular motivation?

We definitely want to engage in relevant political and social issues. You only have to look to next year, where there’ll be a referendum on marriage equality in Ireland. To mirror that, this year, at the festival we have a documentary on how the U.S.A. handled the issue over there. It’s really important we bring that issue to the Irish people, so that we can come together and make sure we have a strong campaign going into the referendum next year. It’s about resourcing and sharing information. That’s the power of the stories.

On a broader note, do you think that there’s any more that prominent actors/actresses in the LGBT community can do to promote gay rights?

That’s a tough question, because within any sphere, there are people who are ‘out’ and ‘not out’. The people who are ‘out’ do usually do a lot of work and they can get put upon quite a lot to try and do more, but we all have a duty to try and put the right foot forward. It’s difficult, because for most of us, being LGBT doesn’t define us, it’s just one aspect of our identity.

Clearly the festival has taken off in Dublin. Have you considered taking it anywhere else in Ireland?

3 years ago we set up The Best of Gaze and took, quite literally, the best of the festival on tour round Ireland: to Letterkenny, Cork and Galway. We reach out to the regions where people might be marginalised and may not have access to these stories. But we’re also thinking of making the festival more international as well. One of our shorts showed in New York, France and London last year. What’s being made in Ireland is being taken elsewhere, which is very exciting.

Tell us about the sponsorship. Were there any difficulties in choosing the appropriate sponsors? Did you find it limiting in anyway?

Sponsorship can always be a bit tricky. You want to attract the right kind of sponsorship. Again, we looked to London and Accenture were the lead sponsors of the BFI. They’d recently given a pledge to supporting diversity in the workplace and as far as we’re concerned, they’ve really put their money where their mouth is. It’s been a perfect fit.

Finally, could you tell us which part of the festival you’re most excited about?

That’s such a hard question because there’s so much that I’m looking forward to. Our opening film The Circle is pretty spectacular- we’ve got the director coming in to talk to us too. We’ve also got a live broadcast with Newstalk on the Saturday night. Something I personally wouldn’t want to miss is I Always Said Yes. It’s a documentary that I’ve seen it twice but I’m definitely going to see it again!