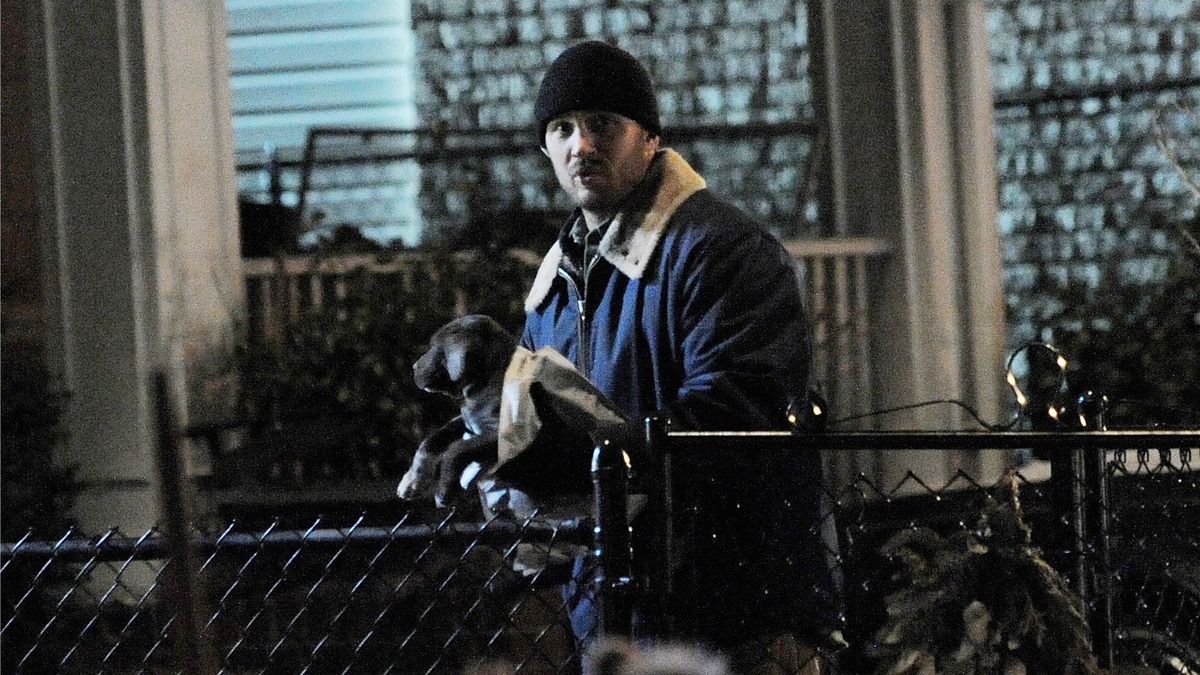 Set in and around a working class Brooklyn bar used by the mob to launder illicit cash, The Drop is an unusually focused crime thriller. The screenplay by Dennis Lehane, adapted from his own short story, centres around a small group of characters, some trying to escape their violent pasts, others desperately clinging on to them as the only meaningful times in their lives. The plot revolves around an armed robbery at the bar, how it affects bartender Bob (Tom Hardy channelling On the Waterfront Brando), and what he is prepared to do about it. A subplot deals with Bob’s discovery of a battered pitbull puppy and the relationship with a neighbourhood woman that grows as a result of this discovery. Both strands converge on the night of the Superbowl, when the bar is designated as a million dollar drop. James Gandolfini provides solid support in his last performance and Noomi Rapace is adequate as Bob’s love interest but the film belongs to Hardy, who elevates the material even as the author sadly loses his nerve at the last minute and concocts an implausible resolution wholly out of tone with what has come before.