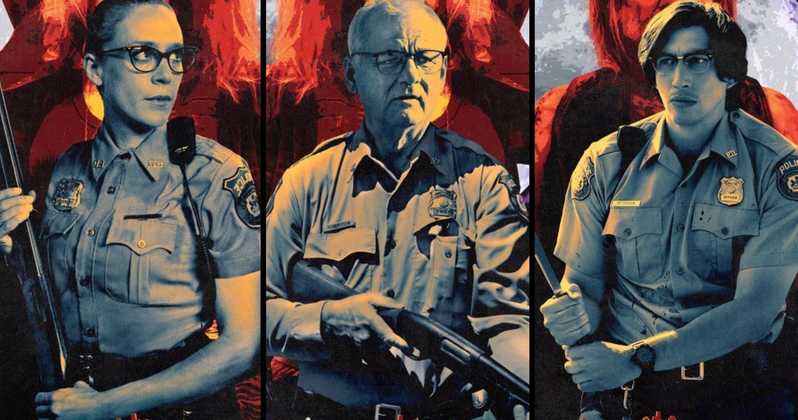 Jim Jarmusch is a talented filmmaker, whose body of work is populated by off-kilter and clever narratives told compellingly through deliberate low-energy performances. In a decades-spanning career Jarmusch’s unique style has produced instant cult classics like 1986’s Down by Law as well as high-art, bittersweet film-festival favourites like 2016’s Paterson. He has something in common with David Lynch, and it’s not just a hairstyle: they each have a taste for an indelibly American sense of ‘cool’, as well as a signature flair for deadpan absurdity. So even though The Dead Don’t Die is an underwhelming and tonally confused film, it retains enough of Jarmusch’s cinematic charm that the experience of viewing is merely forgettable, rather than irritatingly painful.

The Dead Don’t Die is a paean for B-movie zombie apocalypse films. The plot is simple and suitably wacky – an experimental fracking procedure at the North Pole causes the planet to spin off its axis, which doesn’t just affect the cycle of night and day, but leads to all kinds of unnatural goings-on such as the dead rising from their graves to eat humans and drink coffee. Throw in three small-town cops played by Bill Murray, Adam Driver, Chloë Sevigny, an alien mothership and Tilda Swinton’s samurai mortician, and you’ve got all the ingredients necessary for a good old-fashioned schlock-fest, a genre mash-up of horror and science fiction in the Ed Woods-school of filmmaking.

But good ingredients don’t guarantee a good meal, and the majority of the film is pretty unremarkable. There’s a few laughs and some pitch-perfect acting, but that’s it. Jarmusch’s greatest sin is a consistent motif of heavy-handed meta-narrative dialogue. The implicit self-consciousness of the film becomes explicit, and all playfulness is lost. When even the absurdity is drained of meaning, you’ve gone too far.