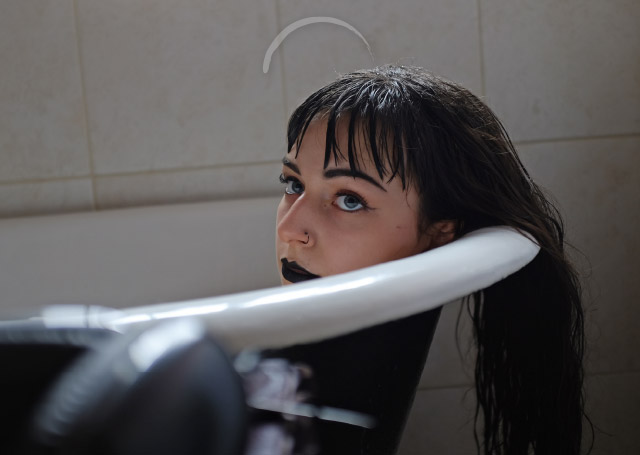 Emma and Chantal are twin sisters–fraternal twin sisters, as is emphasised with their opposing styles, ambitions and boyfriends. However, during the milestone summer before the two go their separate ways, whether to college or beyond, the sisters discover newfound empathy for one another. Hugh O’Conor’s coming-of-age film, “Metal Heart,” follows these girls as they learn about sex, responsibility, deception and family.

The film is narrated by Emma (played by Jordanne Jones), a goth girl whose black lipstick reveals her hatred for anything conventional. First on her list: Chantal (played by Leah McNamara), her popular, blonde and ambitious twin sister. Chantal is a beauty blogger, working on monetising her blog at the age of 18, with 5,000 Euros in her savings account from a part-time job at a local ice cream shop. She is a young woman with a great deal of agency; she has consensual sex with her beef-head, warm-hearted boyfriend (played by Aaron Heffernan), she owns a car that she purchased with her ice cream shop wages, and she has a thick binder filled with her business plan.

Despite all of this, Chantal is ridiculed and villainized by Emma, the supporting characters and, it would seem, the director and writers of the film. Her injury early on in the film is portrayed as a type of justice, allowing Emma to finally flourish into an independent, if misguided, woman. However, there is nothing shallow about this young woman starting her own business as a teenager, even if the writers believe that makeup and fashion are somehow not as valid as a metal/punk/rock band.

Ultimately, this is a film about a sisterly bond, one that cannot be broken by toxic older men or screaming matches, and it ends on a heartfelt note. While it could benefit from a female touch in order to make the nuances of the sisters more complex and believable, it succeeds as a unique story about two independent girls as they transition to womanhood hand-in-hand.