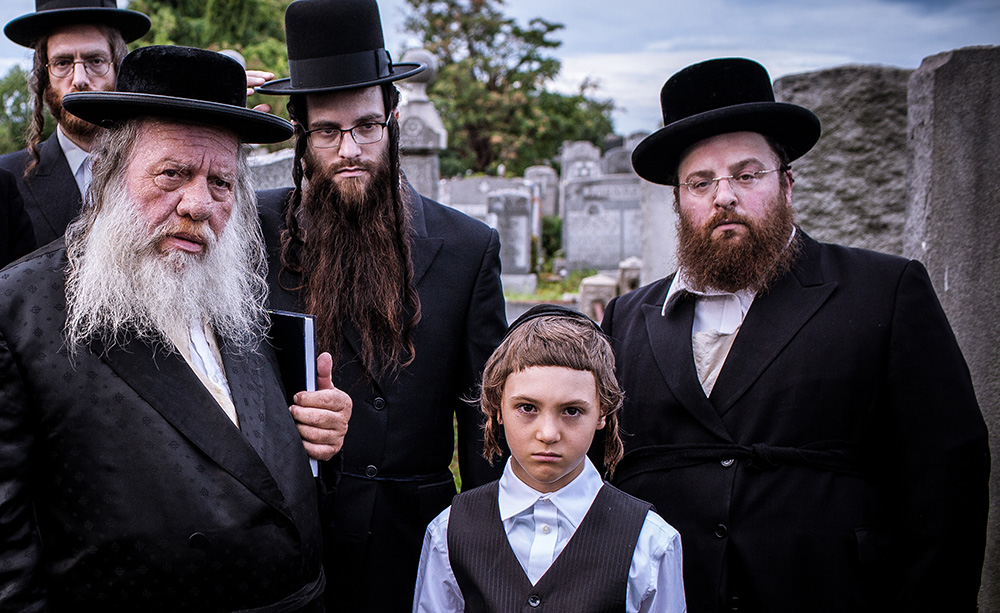 The eponymous Menashe is a 30-something Hasidic store clerk living in New York City. His wife has passed away, leaving him to take care of his young son Rievel, but the rigid tenets of orthodox Judaism stipulate that a home isn’t fit for raising children unless husband and wife cohabit, so Menashe and Rievel are made to live separately until Menashe remarries. While Rievel resides with his pious uncle’s family, Menashe struggles with his job and social obligations, lonely for the company of his son.

Menashe’s biggest achievement is its authentic portrayal of a highly insular religious community, stationed in the heart of Brooklyn. As Menashe muddles through his day, we are privy to the faithful’s routine, from everyday rituals such as morning hand washing, to more formal instances of socialising and community-celebration, and every realisation of Hasidic life is done with a light touch, never veering into exoticism or heavy-handed exposition. Moreover, the documentary sensibility garnered by the film’s depiction of small-scale events tangential to the plot, extends to how the narrative frames Hasidism. Despite the fact that the death of Menashe’s wife is compounded by the penalty of his son’s absence, the film takes no overt stance on the religion’s merits – things simply are as they are, and while some aspects of Menashe’s religious observance seem difficult, others provide him succour.

Thus the film is, despite its unique backdrop, a conventional family drama, and the quality of that genre entirely depends on the strength of its character studies. Unfortunately, this is precisely where the film falls short. Rievel mostly serves as a prop, reminding the audience in scenes heavily reliant on the score that his separation from his father is sad. Rievel’s uncle Eizik is a one-dimensional narrative foil – he’s mean to Menashe almost all the time. And Menashe himself, despite being the titular protagonist, is someone we don’t know very well, beyond him being rather hapless and ineffective.

Nevertheless, and in spite of the under-cooked characters, I would recommend watching: at the very least, it’s an intriguing social document.