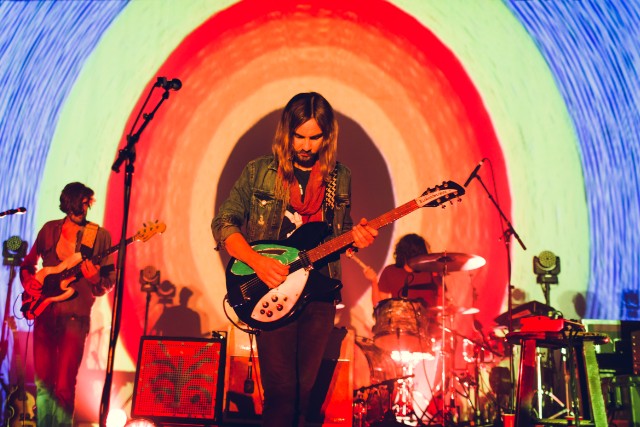 We’ve been scratching our heads doing the maths on this one. Tame Impala are a mighty fine indie band whose 2015 album Currents deservedly elevated their status. They are on the second row of a relatively weak Glastonbury line-up (along with Liam Gallagher, Miley Cyrus and George Ezra). The jury is out on the new material we’ve heard so far. But here’s the rub, tickets for this show are €59.70 which seems somewhat excessive and counter-productive. Let’s say they are looking at a 7000 capacity gig (€417,900) which is quite a step-up but not beyond the bounds of reason given their popularity. Taking all costs into account that still adds up to a whopper fee for the band (The less I know the better) or an exceptionally greedy agent/promoter (Let it happen).

Surely fans going to a show on a Wednesday night by a band who are successful, though far from legendary, deserve a better deal in a space this big?