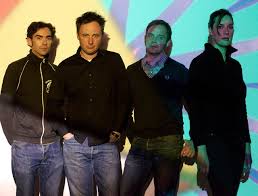 After a near ten-year hiatus, Stereolab have begun a string of seven album reissues, kicking off with 1993’s Transient Random-Noise Bursts and 1994’s Mars Audiac Quintet beefing up the offering with alternate mixes and early demos. They kick off the space pop comeback at Primavera and should embrace some band devotees when they roll into town on the last night of the first leg of their tour. Hint: they might be around for drinks after!