Gig Highlight: Rock Against Homelessness in aid of Focus Ireland 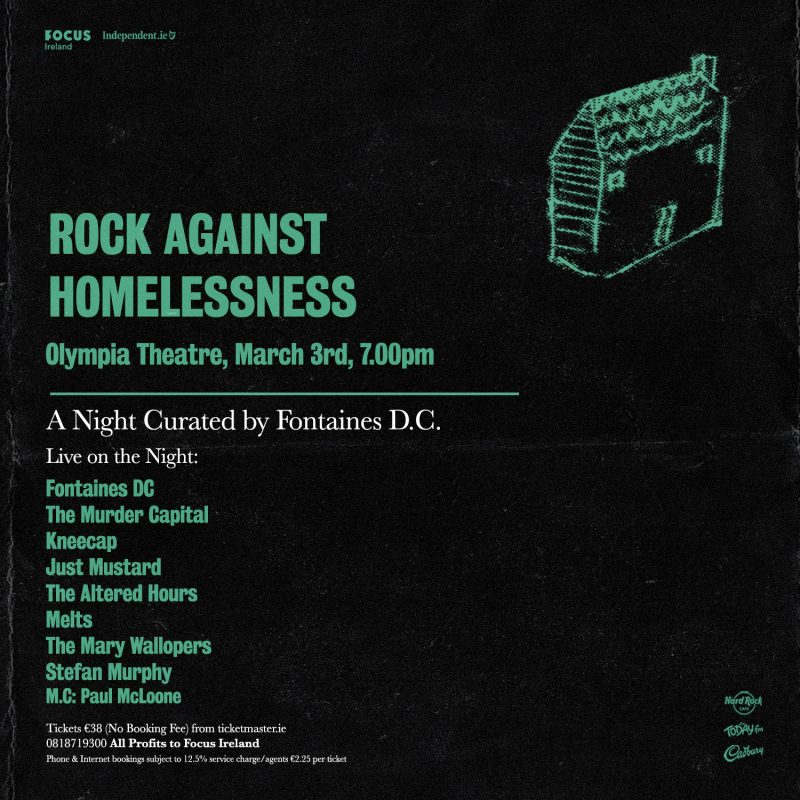 In the last few years, the housing crisis has reached a new low, with nearly 11,000 people living homeless in Ireland, 4,000 of them being children. In response to this crisis, Rock Against Homeless has been announced in The Olympia on the 3rd of March, with Fontaines D.C. leading an assemblage of  Ireland’s best acts. Curated by the band themselves, the line-up includes The Murder Capital, Kneecap, Just Mustard, Melts, The Altered Hours, Stefan Murphy, and Mary Wallopers. An amazing night with proceeds going to an amazing cause.