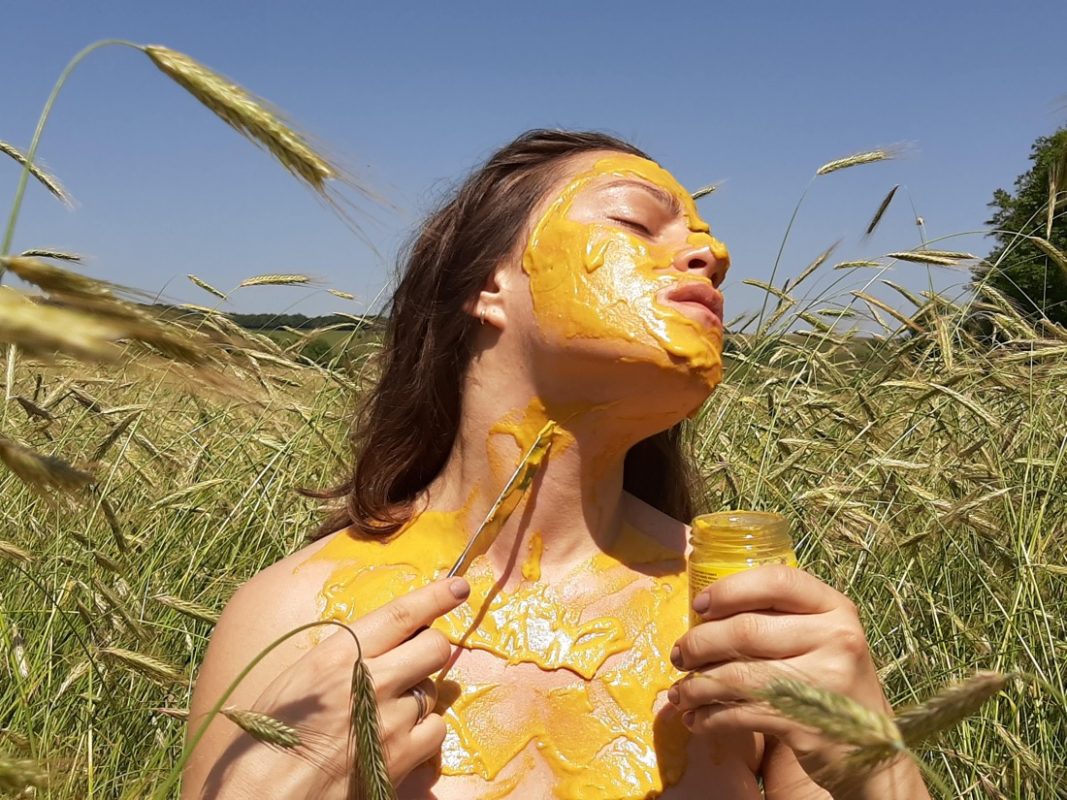 “It’s a story of self-harm, addiction, mental health and madness but also with this bizarre layer, like a layer of mustard, which makes it a bit abstract and I suppose visually weird to watch.”

The Fringe Festival may have had to curb its output owing to pandemic related restrictions, but this hasn’t stopped its flights of imagination. We look at a number of shows which brave and embrace the new normal.

Dealing with heartbreak is no easy feat. The image that comes to mind is of a sniffling dumpee curled up on a couch, shovelling ice cream past streams of tears and snot into their sad mouth. The food that doesn’t come to mind is peppery and pungent mustard. It may be a side character in the world of cuisine, but it takes centre stage in Mustard – a one woman play written and starring Eva O’Connor.

The show begins with two shopping bags filled with mustard, a paddling pool and Eva herself who, once she begins her tale of heartbreak, slathers herself in the bright yellow condiment. “It’s a story of self-harm, addiction, mental health and madness but also with this bizarre layer, like a layer of mustard, which makes it a bit abstract and I suppose visually weird to watch.”

Descending into madness after being cheated on by her cyclist boyfriend, E can’t see the wood for the mustard and returns home to rural Ireland; always to be reminded of her ex whenever the bright yellow Tour de France jersey leads the two wheeled athletes up another hill.

“The whole time she’s got this shameful secret. Whenever she’s stressed or in a bad place, she says ‘my mind goes to mustard’. She’s always trying not to think about mustard but it always comes into her brain in those dark times. It’s almost as if she’s an addict or if you’re harbouring the secret of whether you’re bulimic or you’re an alcoholic. The heartbreak part of it is the part that you wouldn’t be ashamed to tell anyone about. Everyone has break-ups.”

Eva’s personal connection extends beyond the universal experience of romantic grief. “I think the inspiration for the mustard came from my own experience of having an eating disorder and being really obsessed with mustard. I used to put it on everything. I used to put it on broccoli, lettuce and egg whites because it’s really low calories but high in taste. That’s why I wanted to start making work with it. I started to do short performances like cabaret type things in London with putting it all over my body. That for me was exploring that weird side to my past eating disorder.” 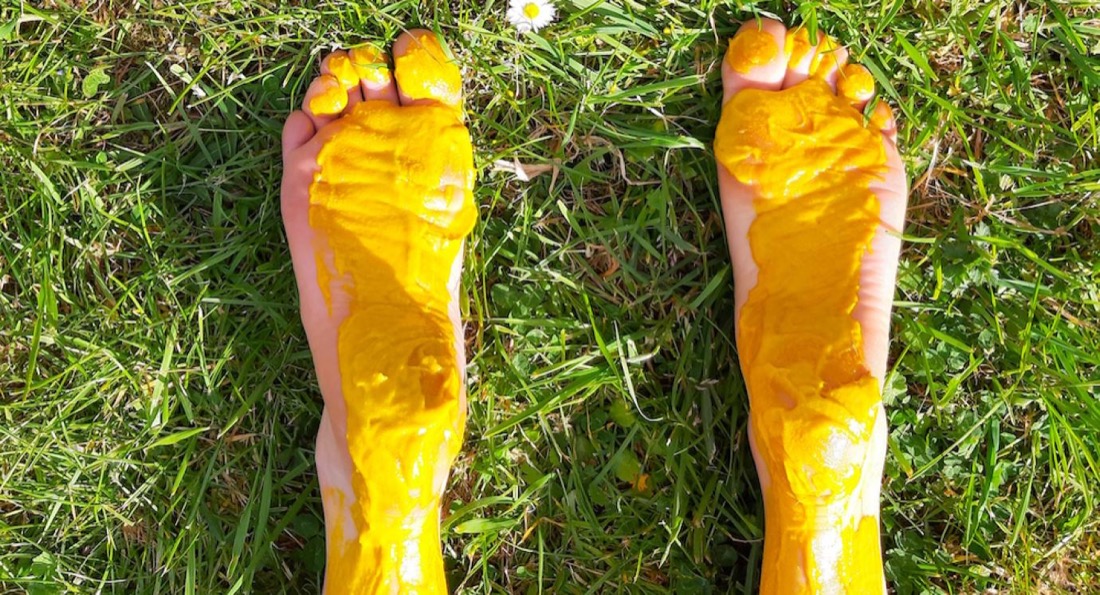 The writing of the play was quick, coming out in the form of a long poem in the first draft. A cathartic exhumation, Eva didn’t think the piece would go anywhere but with the help of Irish theatre company Fishamble, it’s found itself to be one of the few live performances of the Dublin Fringe.

Directed by Hildegard Ryan, the two worked on Afloat for last year’s Fringe festival and have written for TV together. Being a theatrical dream team allowed Mustard to be swiftly designed and rehearsed and has already been performed at Edinburgh Fringe. “I think it’s so amazing to work with someone who understands your work so completely that they know exactly… It’s like a shortcut or a common language. We’ve worked for so long together that we can get stuff done under pressure when we need to. Obviously, it’s a different experience either writing with her or me writing and her directing. Every project would be slightly different, but I think the main thing is to have somebody who is in your corner.”

Despite the obsessive mustard smearing, E is as unexceptional as it gets and, like any of us after a break-up, has to pick up the pieces – spoonful by miserable spoonful. Our professional-cyclist-significant-others may come in different forms, and we might not all retreat home, but her struggle is so recognisable in its truth. “I guess it’s not clear cut because I don’t think any mental illness stuff’s ever clear cut. There’s never a ‘great I’m better!’ moment,” and E’s journey sees her pedalling uphill in the hope she’ll be able to let go of the handlebars.

September 15-19, unsurprisingly all dates are sold out but government restrictions will have lifted by the time Mustard goes up and there’ll be loads more tickets available, right?