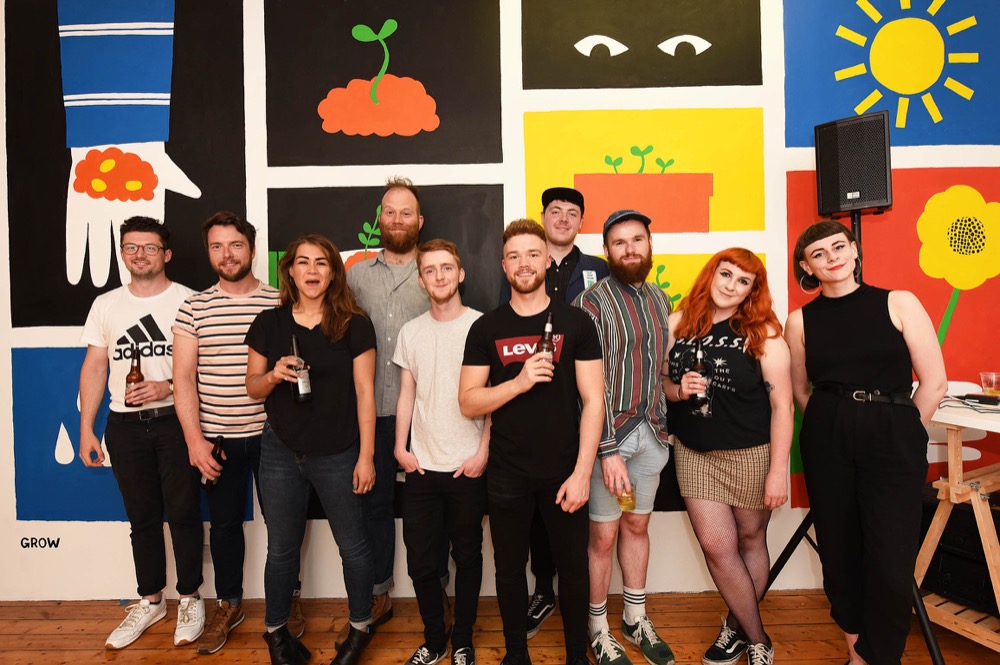 Mel Carroll, graduated from Swansea in 2002 and, was far from sure as to where pursuing a freelance career in illustration might lead to. An appreciation of the possibilities of conveying ideas and  brand messaging through the medium was still nascent when it came to the mainstream.

“I ended up working in graphic design for the first couple of years, designing four logos a day, before I worked my way up to deputy director. It was a decent job but I always wanted to pursue illustration. In between that time, I illustrated two children’s books. I was still doing illustration but I was totally frustrated with a nine-to-five job. It was just depressing.”

A decade later and a breakdown of sorts led Mel to decide to start a company with a mate of his bringing their skillset of graphic design, illustration and animation to the table. They made it happen but shortly after realised they were simply incompatible in a business sense and hence UsFolk was born in 2016.

“I started to know all these cool local illustrators, and I met key people who helped me understand enough of the local scene,” reflects Mel over a pint in the garden of the Sunflower. Hooking up with the likes of Glaswegian illustrator Paul Ryding and David McMillan who had moved back after a stint in Berlin, they set about creating the framework, creating a series of events, portfolio reviews, workshops and making introductions to the business community. By April they had an exhibition in their studio space on Queen Street.

“We want to have the freedom and fun of a collective, but also the professional slickness of an agency. Because illustration is so often misunderstood as a profession, people are used to doing jobs for very little money. We wanted it to be professional, and for people to respect what we do.

“After the event, we started meeting these creative directors around town, and just started to get jobs in. We just did all the ground work and then we’re just starting to reap the rewards of it. The reaction has been really positive, and we hear all the time that people love seeing our work around the city, because it’s different from the really staid, old, kinda random advertising that was about.”

Fast-forward to 2018 and Usfolk has flourished into a network of more than 30 illustrators with a diverse mix of styles ranging from hand-drawn and painted, to digital art, graphic work and typography. 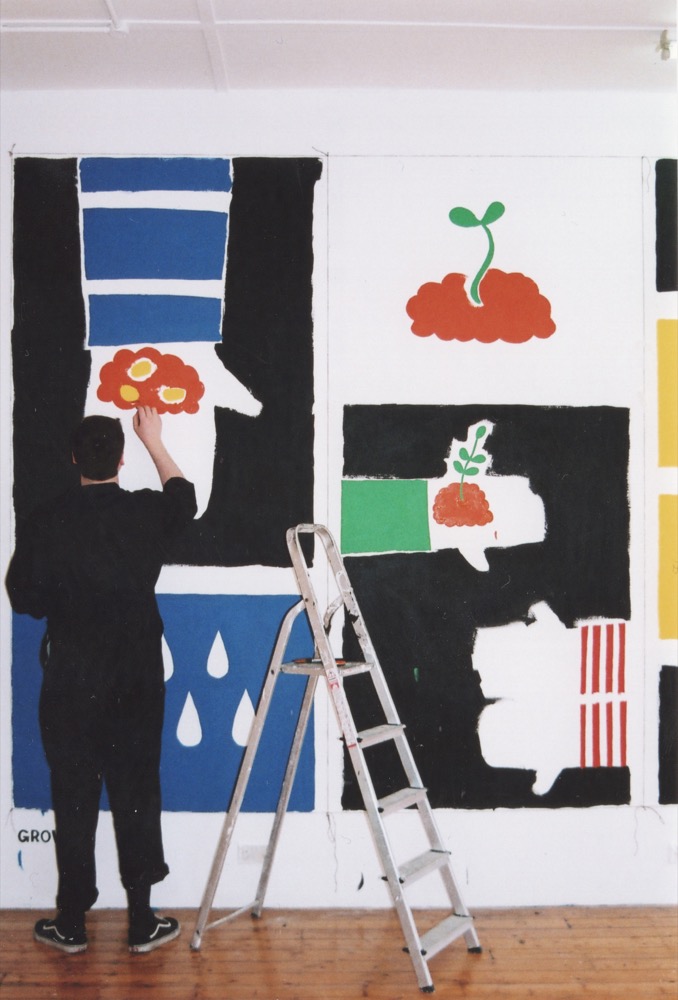 In addition to the core studio trio of Mel, Jamie Beard and Fiona McDonnell, UsFolk has forged connections with several Southern folk such as Aoife Dooley, Conor Nolan, Tara O’Brien and Holly Pereira (Film 170) and further afield with Cécile Gariépy (Montreal), Nicolas Valencia (Bogota) as well as locals like Thomas Bannon and Hannah Coates. Their studio is an open-invite space with a rotation of creatives as projects and timing dictates.

UsFolk have collaborated with local festivals such as OutBurst, created a screen print series of film re-interpretations with Queen’s University and published their own in-house series of zines. Their design work has seen them working on projects with the Belfast Book Festival and the Clondalkin Round Tower Museum in Dublin as well as landing bigger international gigs including one which currently has an NDA (Non-Disclosure Agreement) attached.

“A lot of our jobs have a knock on effect, so that museum gig with Tandem (a design agency) led us to working with an animation company in Dublin called Noho. And through them we worked on a museum job in Amsterdam (Allard Pierson Museum).

In terms of the marketplace and future growth of UsFolk, Mel doesn’t see it growing beyond 40 or so. “I love agencies that are really boutique, and focus on a really small group of artists to try get them work. We were so full of enthusiasm for the local illustration scene when we started, and we still are obviously. You do start taking on different people who begin to make a name for themselves, and really fit in with what you’re doing. But some of the local guys, it’s still difficult for them to break through, that’s the hard thing, when you come to a situation where you might have to reshuffle things.” 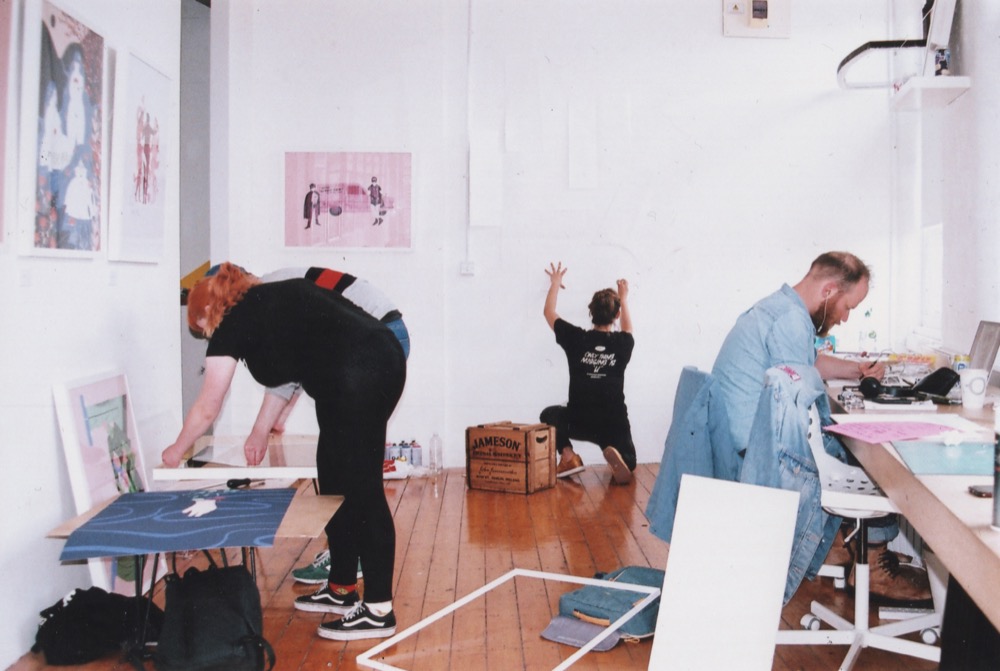 “People who use really really simple characters and really bright colour palettes and any illustrator that can incorporate any kind of movement into their artwork is at a real advantage. People love Cecile and her stuff is all little animated gifs. Any sort of big tech companies or social media are using those similar styles of animation and illustration. That’s kind of a trend.”