Posted 2 months ago in Arts and Culture 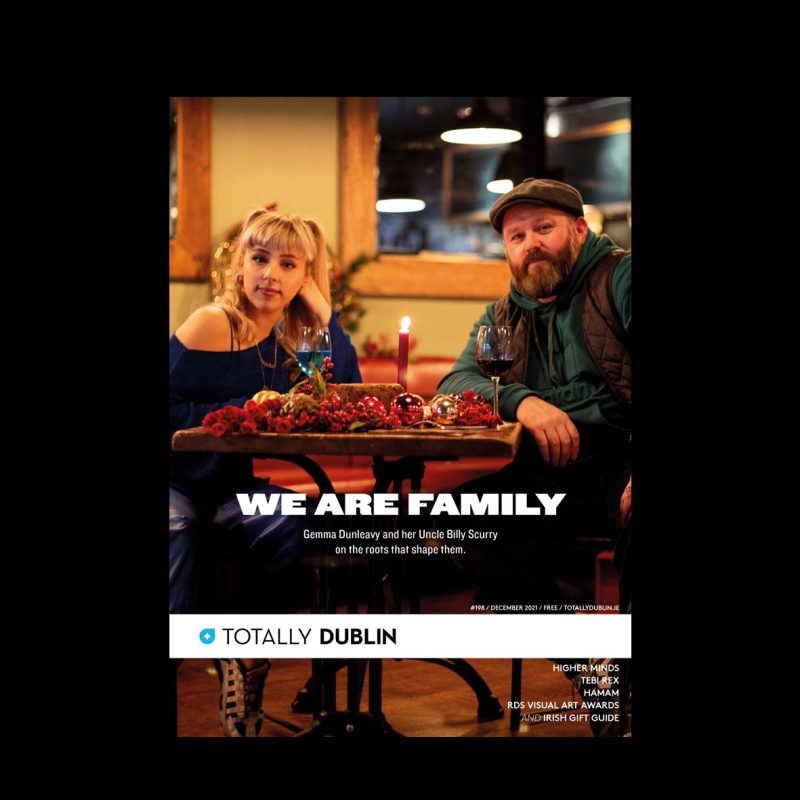 Our Christmas edition features a special feature on Gemma Dunleavy and her uncle Billy Scurry, shot in Coppinger Row by Róisín Murphy O’Sullivan.

The edition features all the regulars as well as interviews with Tebi Rex, a look at Christmas gifts of yore as well as a contemporary Irish gift guide, a chat with those behind Hamam Magazine and Sarah McAulliffe, a curatorial fellow at the National Gallery who tells us about the Zurich Prize which launched this week. It also features Protége Moi, a fashion shoot by Kyle Sven, which “subverts gender roles by styling jewelery traditionally seen as womenswear on men creating a series rich in colour and mood”. We also look at the ten graduate exhibitors at the RDS Visual Arts Award which is on display in the RHA Gallery now.

Here’s some words from our editor Michael McDermott.

I was cycling along the quays at a quarter to five on the evening of November 11 when I noticed crowds had gathered at Parliament Bridge. It quickly became evident what was happening; someone had jumped into the Liffey. No one was sure under what circumstances but it seemed like life and death was in the balance.

Lifebuoys were being lowered and there was a collective call of ‘Come on!” from all assembled as they urged the person in the water to reach out and cling on. It was unsettling, unnerving and also weirdly uplifting all at once. Eventually two brave souls jumped in and came to the rescue. I cycled on.

By the time I had reached O’Connell Street bridge I could hear the sirens blaring. At least three fire brigades, two Garda cars and an ambulance were on their way to the scene. Again, there was a juxtaposition of feelings within – the thought that society condemns people to believe there is no hope whilst witnessing genuine goodwill in our midst.

As we draw another tough year to a close, there’s the heightened mix of emotions which every Christmas brings – dread for some, joy for others. It’s never as straight forward as the adverts want us to believe.

But the one thing which is so evident from our lead story with Gemma Dunleavy and Billy Scurry is the significance of family – or chosen family – and community to pull us through as we share the laughter and tears of life.

Once again, I take this chance to thank the team behind the magazine and all our efforts to throw our own original pebble in the cultural milieu. Thanks to our stockists, advertisers and readers who give us great pride in doing what we do for you.