From The Shadows Into The Light: Herstory Sparks Brigid’s Healing Light


Posted 12 months ago in Arts and Culture 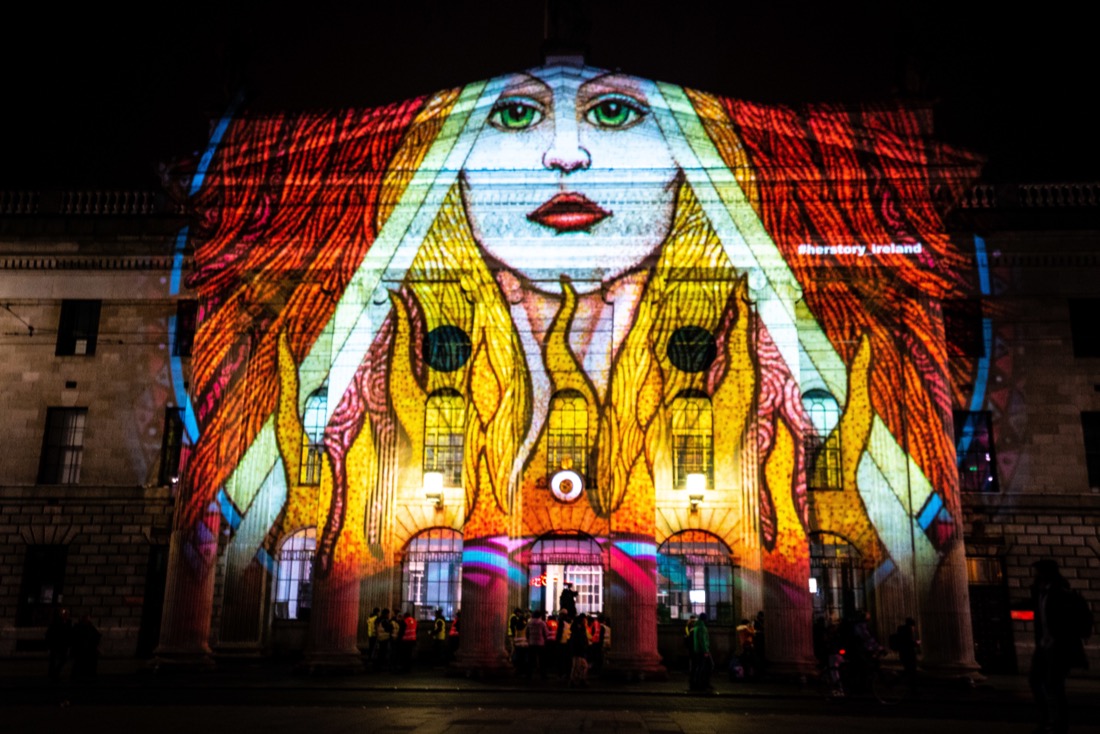 The first of February marks the beginning of Spring and the Celtic festival of Imbolc, once honoured as the feast of the goddess. To celebrate Brigid’s Day the Herstory Light Show by Dodeca will illuminate iconic landmarks across Ireland on Sunday 31st January and Monday 1st February.

From the shadows into the light, iconic landmarks will be illuminated this Sunday and Monday in honour of the mothers and children who suffered in the Mother & Baby Homes. The illuminations will feature portraits of the survivors by Karen Morgan, powerful haiku poetry by Laura Murphy, and thought-provoking art from the Stay with Me Show curated by activist Rachael Keogh and journalist Alison O’ Reilly. 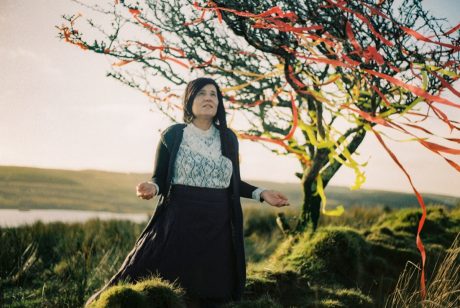 Meanwhile, a specially commissioned photographic series created by photographer Myriam Riand and conceptual artist Áine O’ Brien reclaims and re-imagines the mother archetype that has been historically dictated and defined by Church and State.

The 2021 Herstory Light Show features four more timely themes, with a special tribute to the heroines and heroes of the pandemic: women and men who have battled the virus and the everyday heroes who have played a role in these challenging times including domestic violence services, teachers, farmers, shopkeepers, cleaners, bus-drivers, journalists, nurses, doctors, and more.

Herstory supports Black Lives Matters and gives the platform to the black community to celebrate historic and modern black heroines in Ireland and across the world. This is an opportunity to share your stories, challenges and insights on how we can co-create an inclusive, multi-cultural Ireland together.

The Women who have Arrived theme reimagines the crone archetype for a progressive world, honouring our mothers, grandmothers and great-grandmothers. In pre-Christian Ireland the crone was the most powerful of the three Celtic life archetypes and honoured as the time when a woman came into her true power and sovereignty. In contrast, today women over 50 are almost invisible in popular culture, overshadowed by an irrational fixation on youth and the maiden archetype. 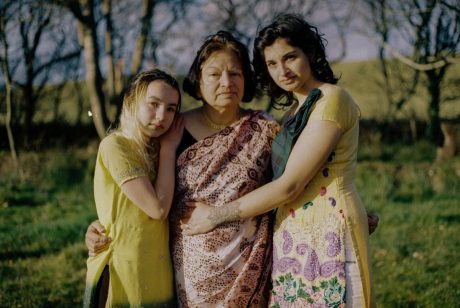 Finally, Brigids of the World spotlights the fact that Brigid was a pan-European goddess long before she was a saint. A unifying force across Europe, she was celebrated from Spain to Turkey.  In an open call artists were invited to capture the modern, multi-cultural Brigid in all her fiery glory. What are the issues close to her heart? How would she wield her fire to challenge corruption and injustice? As a master of the arts, what wisdom and insights would she share through her creativity?

Herstory is also calling on the Irish public and the Irish diaspora to sign the petition to make Brigid’s Day a national holiday to put celebrations of Ireland’s triple goddess and matron Saint Brigid on an equal footing to those for Saint Patrick.

The spectacular Herstory Light Show is funded by the Women’s Fund at the Community Foundation for Ireland. You can follow the event on Facebook, Twitter and Instagram with the hashtags #Herstory #BrigidsDay from 6pm on Sunday 31st January until midnight on Monday 1st February.