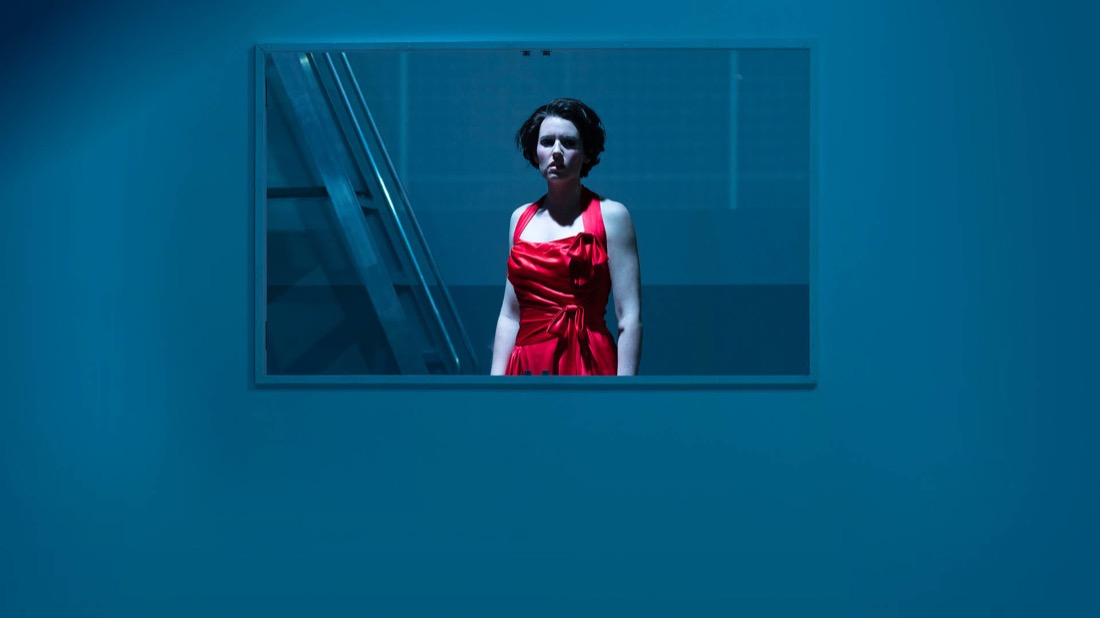 The explosive hit of the Galway International Arts Festival 2019,  Least Like The Other, Searching for Rosemary Kennedy by Brian Irvine and Netia Jones is back. Live and in the flesh. The opera made a phenomenal impact at its world premiere, receiving five star reviews, “vibrant, relevant and compelling” from the Irish Times, “stunning” (Sunday Independent) and “thought provoking” (Irish Examiner). Socially distanced in-person tickets are now available to purchase for the O’Reilly Theatre Belvedere College from Saturday 11 to Saturday 18 September.

Based on the tragic story of JFK’s sister Rosemary Kennedy, Least Like The Other director and designer Netia Jones describes how her story “can only be told in fragments and broken pieces. Rosemary was born into an extraordinary, brilliant, and intensely ambitious Irish Catholic family from Boston, which was to become one of the most famous families of all time. An emphatically patriarchal world-view dominated every aspect of her life, from the moment of her troubled birth, as her mother waited for the delayed arrival of the male physician, to the extraordinary ease with which fathers and husbands could render their daughters and wives into the hands of two extremely charismatic lobotomists, the surgically unqualified Walter Freeman and his right-hand man, James Watts.

All that has survived are fleeting glances of Rosemary Kennedy and the events, people and social structures that surrounded her, a reflection of the sparse and much-redacted information about her in the archives and the difficulty of broaching this story at all.

Through particular moments in Rosemary’s life, Least Like The Other glances at ideas of intelligence and exclusion, the requirement to conform and to be alike. It reflects on the wildly contradictory expectations of gender, the pressures on young women to be perfect, obliging, obedient and submissive, as well as on the supreme strain on one family of constant attention, judgment and media flurry. The impossibility of telling this story is at the heart of the piece, but the issues it addresses are as crucial now as they were then.”

Irish National Opera’s artistic director Fergus Sheil, who also conducts the opera, explains that “the company was determined to figure out a way to present live opera in a safe environment in spite of the ongoing pandemic. We worked with the artistic team to create a solution within government guidelines. We all jumped at the opportunity to accentuate Least Like The Other’s multi-media experience and still work at safe distances, by pre-recording the INO Orchestra to create a surround-sound, digitally-manipulated sonic experience.”

Composer Brian Irvine adds “This new production takes the sound world of opera into a whole new dimension. By utilising a fully multi-tracked recording of the large ensemble together with revolutionary audio placement software and a live cast on stage we have created a totally submersive sound world in which the music and singing will be heard in high-quality 360 degree surround-sound. With speakers placed throughout the room, the sound is fine-tuned specifically for each performing venue. With this sophisticated technology and our virtuosic singer, narrator and actors performing live within Netia’s captivating and visually stunning set, we can deliver a new opera experience that will be exhilarating, absorbing and sonically magnificent.”

Irish mezzo-soprano Naomi Louisa O’Connell, who has been described by OperaWire as “nothing short of breathtaking . . . a phenomenally versatile, intelligent actress,” returns to the multi-faceted role she created so successfully in July 2019.  On Wednesday 15 and Friday 17 September the singing role will be performed by Amy Ní Fhearraigh, who thrilled audiences early in 2020 as a “breathtakingly beautiful” Gretel in Humperdinck’s Hansel and Gretel presented by INO, The Abbey Theatre & Theatre Lovett.

Due to Covid19 restrictions capacity is limited for all performances. Early booking is highly recommended. The work is sung in English with English surtitles.  Please note there is strobe lighting used in this performance.