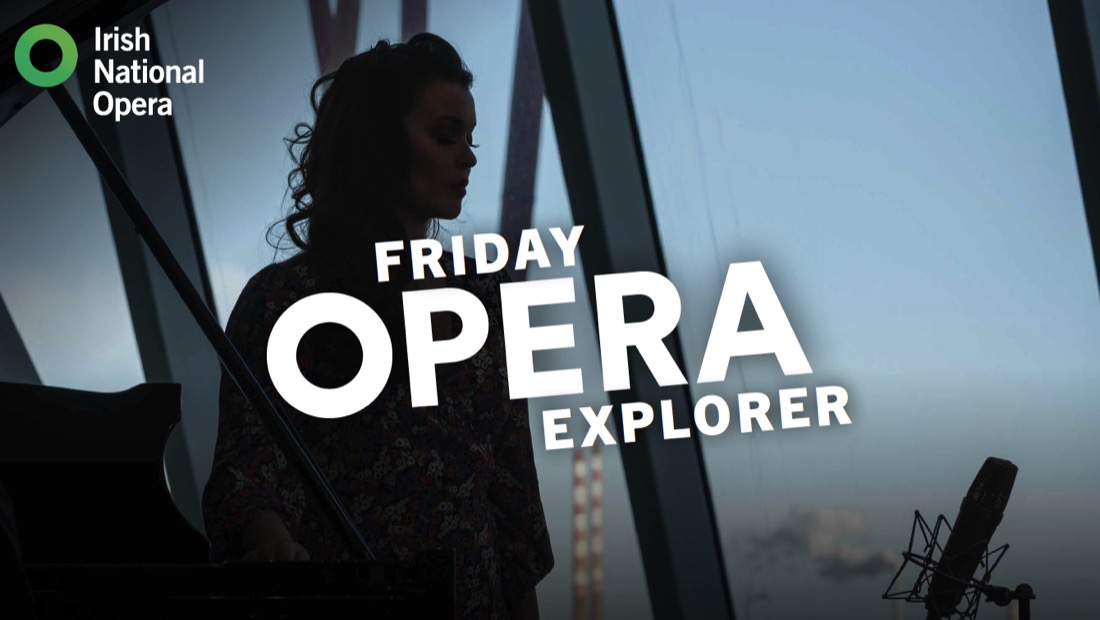 Irish National Opera’s new, five-part online Friday Opera Explorer series kicks off on YouTube and Facebook on Friday 30 April at 5pm and will run every Friday until 28 May.  The series offers glimpses into future INO productions and showcases the stars of today and the future. Thirty arias will be presented across the series encompassing a range of different operatic styles. Each episode has an individual focus allowing audiences to explore different areas of opera. There’s Bellini’s unending melody, Donizetti’s vocal fireworks, Wagner’s epic scale, Beethoven’s passion and fire, Massenet’s full-hearted intensity Tchaikovsky’s depth and Richard Strauss’ ability to capture the full world’s emotion in a single moment.

The Friday Opera Explorer series also gives a taster of future seasons spotlighting five Irish composers — Gerald Barry, Amanda Feery, Finola Merivale, Emma O’Halloran and Jennifer Walshe.  Each episode will include an interview with one of the Irish composers, where they’ll discuss their work and will share short excerpts.

Fergus Sheil INO’s artistic director describes what to expect “the focus, is on music new to INO’s repertoire, most of it by composers whose work we are planning to feature in future seasons. The full series rolls out like a kind of European musical tour. The performances are by a team of ten of our top singers, who will introduce each aria before performing them.” 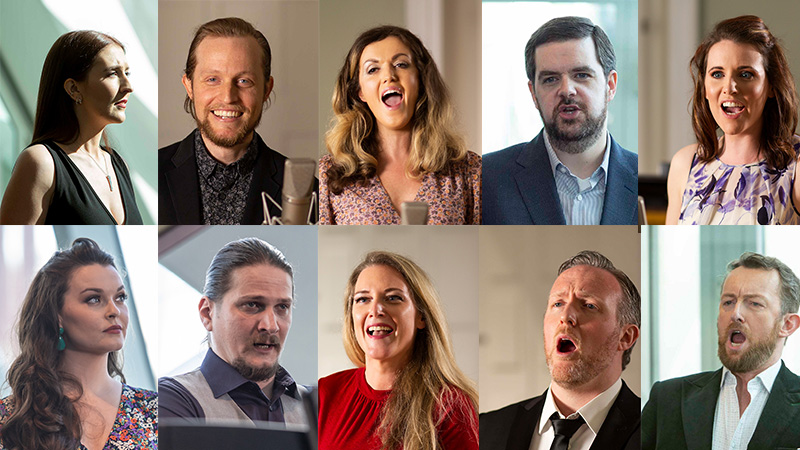 Fergus Sheil explains the origin of the concept for the series “Friday Opera Explorer arose from an opportunity that was simply too good to miss. The singers from our concert performance of Puccini’s La bohème were here with us in Dublin in March. We wanted to deliver new opera experiences for our audiences. But normal performances and concerts have remained out of bounds. So we stayed in the Bord Gáis Energy Theatre to make recordings in the spacious ambience of the foyer and then moved to the completely different, intimately Georgian ambience of the Goethe-Institut on Dublin’s Merrion Square to film further videos.”

Episode one features arias by Bellini and Donizetti with performances by Naomi Louisa O’Connell, Gyula Nagy, John Molloy and Claudia Boyle accompanied by Aoife O’Sullivan and Gary Beecher on piano.  Fergus Sheil will interview composer Gerald Barry and preview of his opera Alice’s Adventures Under Ground, coming soon to the INO stage.

Irish National Opera’s Friday Opera Explorer series is live at 5pm every Friday from 30 April to 28 May.

Friday Opera Explorer series will feature subtitles and will be available to watch on demand for six months.