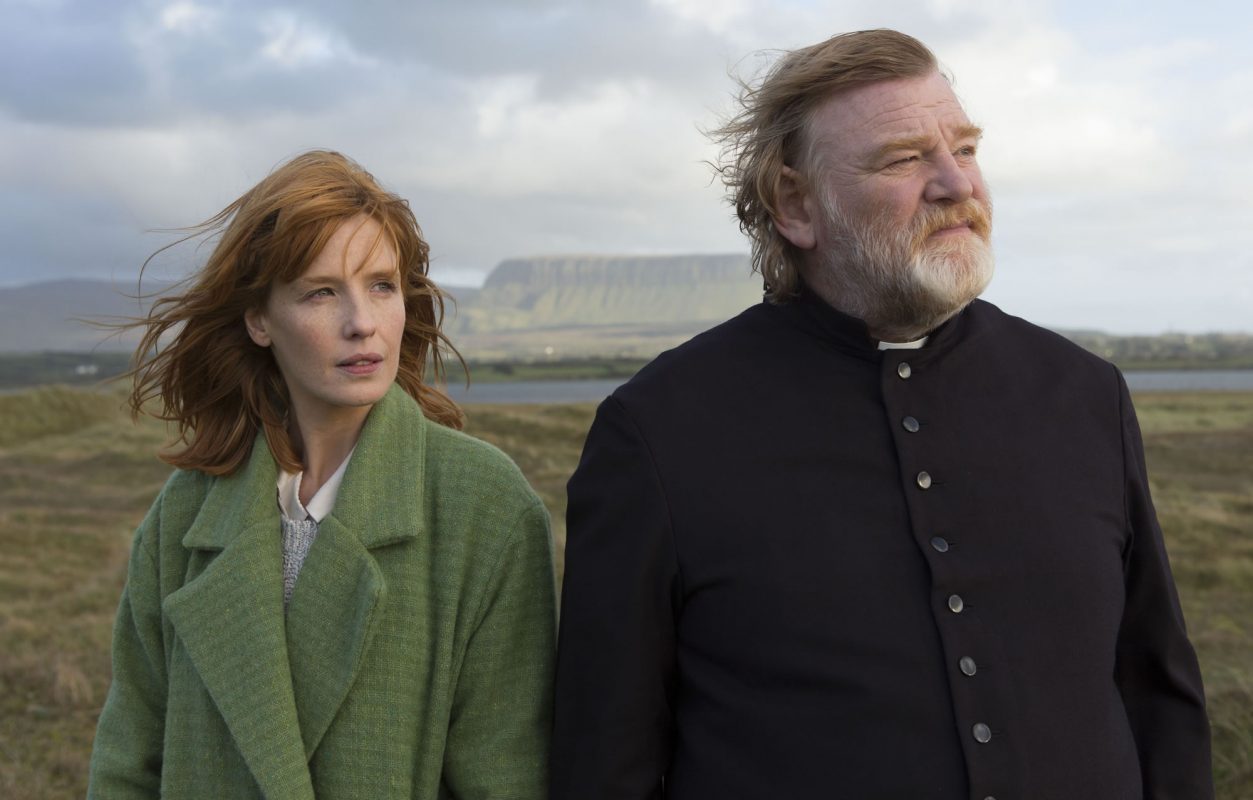 Father James Lavelle (Brendan Gleeson) is the priest of a small Mayo parish, told in confession that he has a week to live before he will be murdered. A latecomer to the priesthood, he has a deep rooted pragmatism that he wields just as readily as his faith. We get the sense from the outset that, as perturbed as he is by the threat, he is as concerned for the would-be-murderer as for his own safety.

Gleeson’s central role is crucial but is bolstered here by a veritable feast of Irish talent. Each actor manages to bring something to the table, no easy feat given the stereotypes they are asked to play: the promiscuous woman, the conceited and wealthy businessman, the cynical guard… Aiden Gillen’s humanist, atheist doctor even goes so far as to openly identify himself as a cliché. Yet somehow Calvary works, often gloriously, a testament to the well written script as much as to the class of the performers.

However, all roads lead back to Fr. Lavelle, whose interactions with his parishioners are central to the films power. Set in the here and now, the church and its representatives are treated with a mix of playful scorn and downright hostility. It’s an ingenious dynamic and Brendan Gleeson at the heart of it is nothing short of brilliant. As a man he’s sharp, sarcastic and compassionate, and as a priest he makes a fantastic conduit for the other characters hate, offering answers where he can but fully aware of when he can’t. It’s a marvelous and mature conversation about faith and isolation, and the grey, blustery Mayo countryside is the perfect setting for the drama. While the black humour that made The Guard so popular still finds a place here, with Calvary McDonagh reveals a cinematic eloquence rare in the context of Irish film. – EM