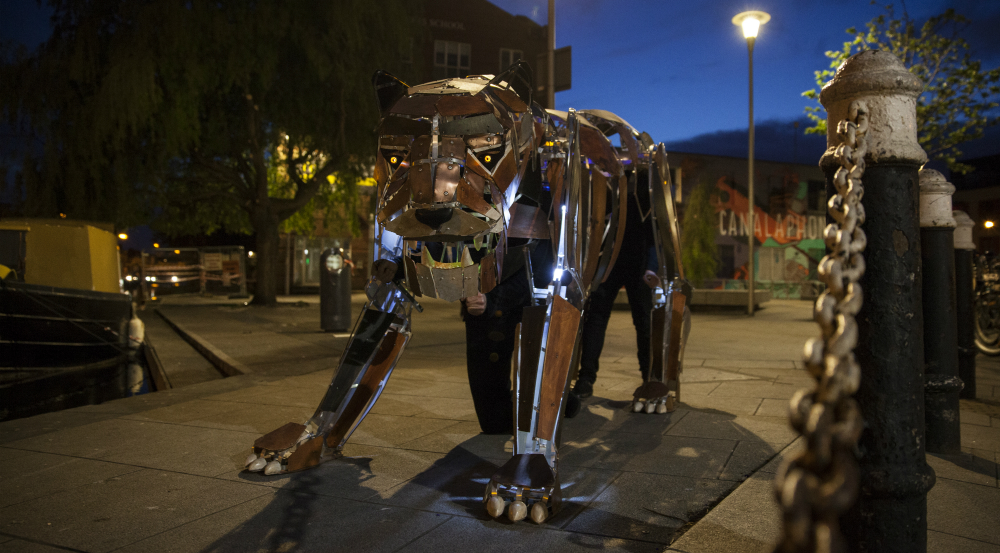 One of the most prominent images of the Tiger Dublin Fringe’s 21st edition will no doubt be The Tiger Uncaged, a kinetic sculpture-cum-live installation created by brothers Ger and Andrew Clancy. Ger and Andrew are themselves Fringe veterans, who work together (and separately) in visual arts, theatre and film from their Ringsend studio. A previous project from 2010 entitled Escape from the Dead Zoo, a choreographed outdoor musical spectacle piece featuring animals which were large scale performable kinetic sculptures in Merrion Square, provided some background for The Tiger Uncaged. We caught up with Ger Clancy to find out more about this work, how it was made and what’s going on behind The Tiger Uncaged that you’ll see prowling the streets of the city during the Tiger Dublin Fringe.

Can you tell me about the idea behind it: was the brief particularly open? How did you come to the final design?

Myself and Andrew [Clancy, Ger’s brother] were approached with a concept for the Tiger Uncaged promotional campaign. The brief was very exciting and we were delighted to be involved. The Tiger had to be visually striking, physically impressive and have a high impact value. Its size, material finish, lighting and sound were very important elements and equally, expert puppeteers were necessary to perform and finesse the movement of the tiger. All these factors needed to add up to create a convincing, perform-able kinetic Tiger sculpture. Andrew developed the sculptural look of the Tiger in consultation with the creative team in Havas, who work with Tiger. 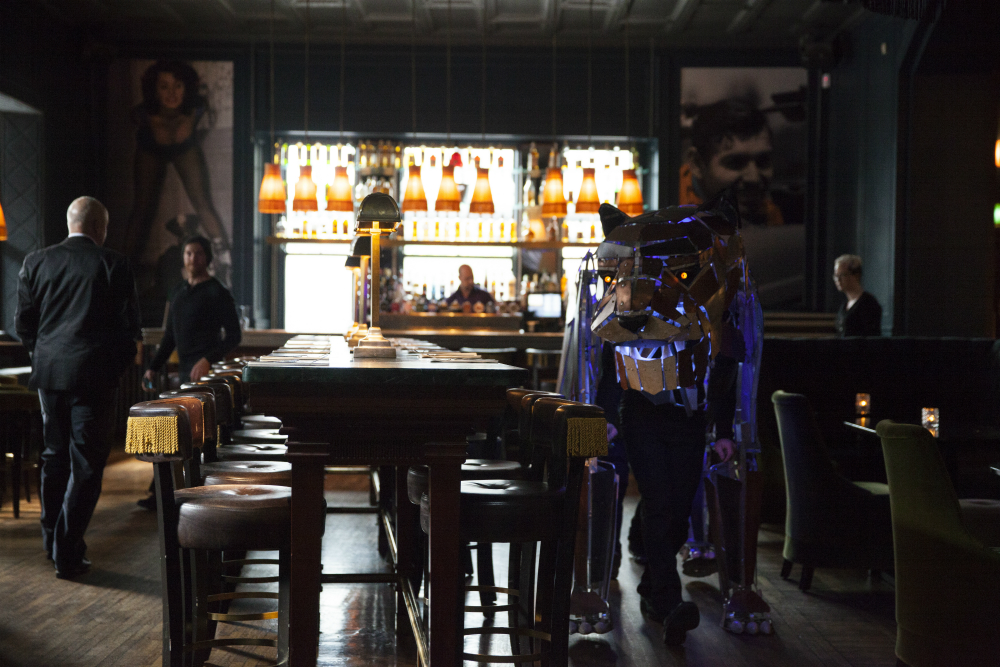 I have been involved with the Fringe a couple of times over the past eight years. I presented two shows, the first Waterworn was a shadow-puppet show based on Hemmingway’s The Old Man of the Sea; the second one, Escape from the Dead Zoo, was a large scale spectacle arts piece shown in Merrion Square a couple of years ago. My other involvement with the Fringe includes designing trophies for their awards ceremony, designing set elements for a dance show and making one visual arts project called Liffeytown. This year I am designing for a show in the Fringe called Windstealers by the Eccles Theatre Group. It is a whimsical but wicked satire of Irish society, surreal but sharp comedy – very energetic and highly entertaining!

What goes into the construction of a piece like this?

Creating the Tiger demanded a lot of testing. Firstly, the scale of the Tiger was decided. The frame had to conceal two performers, making sure the performers were able to puppeteer the Tiger comfortably. Andrew constructed a basic carcass/frame, which was gradually fleshed out to make the shape of the Tiger. Its form was also influenced by the fact that it had to be light weight enough to wear. It had moving parts and needed to be robust enough to withstand use for two months without constant maintenance. We decided on aluminium for the substructure of the Tiger because of its low weight and strength. The panels which make up the body are birch plywood, copper and aluminium sheeting. These panels were then painted, distressed, polished, sanded to make the surface look weathered and worn. The Tiger is held together with rivets and bolts and then there are plenty of springs to help control and animate the Tigers movement. Once it was built, lights and sound effects where added, to enhance the overall impact of the piece. The Tiger has been performing in many popular venues all over the country, and it gets a very enthusiastic reaction among audiences. People are taken by surprise to first hear and then see a huge Tiger prowling its way toward them!

The piece I had worked on before, Escape from the Dead Zoo, was a choreographed outdoor musical spectacle. It featured animals which were large scale performable kinetic sculptures which all had parts that moved and where performed in the same fashion as the Tiger. So from having done this sort of work in the past, we were aware of what was involved in the creation of this style of work. Having said that, the Tiger is significantly more sophisticated than projects of this genre we had made before in our studio. 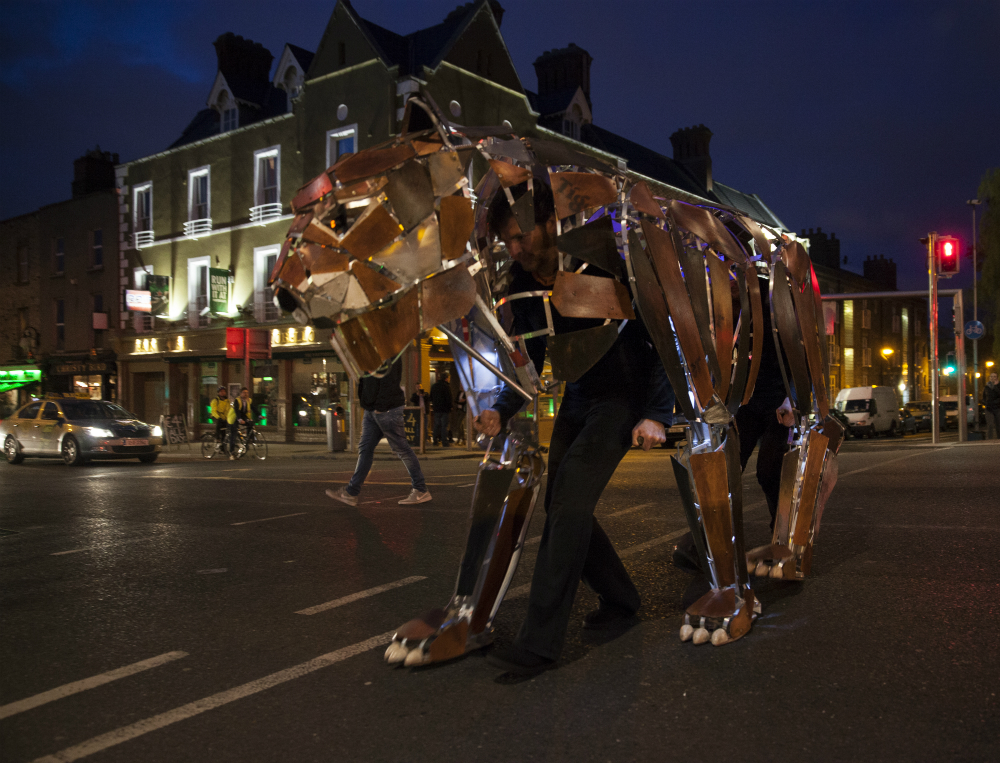