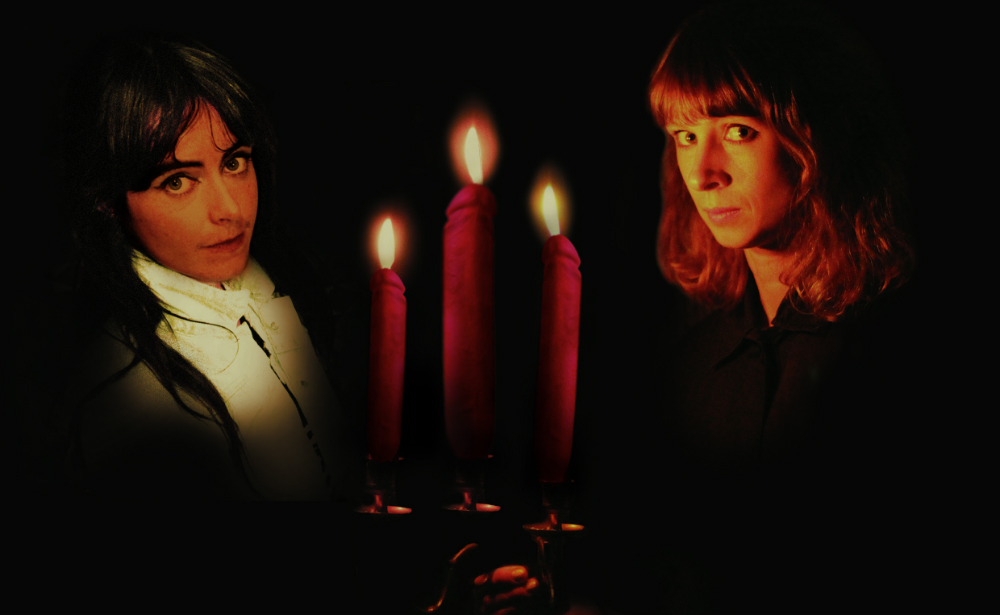 Fitzgerald and Stapleton are mad as hell and they’re not gonna take it anymore. The always confrontational Irish choreographic duo opened new work LURKY! LURKY! as part of Tiger Dublin Fringe last week and, my god, was it fierce.

What this pair of lusty dance makers seem to be up to is a bid to dismantle reductive notions of the female body, to create an antidote to the disinfected, hairless, voiceless, wrinkle-less, eternally youthful, compliant version of femininity so often peddled in advertising, on TV, in film and to legions of men through online pornography; a version of femininity they seem to view as part of a power imbalance that has women shaving, waxing and primping because, despite everything, they continue to position themselves as objects for the gaze of men, as men continue to gaze at them as objects.

Their method is to decontextualize the female body, turn it inside out and make it new – and a little bit frightening. Whereas in previous work they did this using their own bodies as tools, contorting and distorting limbs and torsos nude on stage, LURKY! LURKY! mines the limitless plasticity of video imagery (and the formidable live video editing talents of Ian Cudmore) to tear comfortable notions of the female form to shreds.

It’s a disquietingly graphic montage of images. Footage of Fitzgerald lying naked in a green-fronded pond like Ophelia is warped and distorted until her body becomes a bloated, pasty slug, unrecognisable as something human, let alone female. An extreme close-up of female genitalia, all wrinkled, puckered skin and unabashed pubes, fills the screen for an uncomfortable period of time. We are subjected to a shot of a single black hair hanging from a nipple for what feels like an aeon.

The performers themselves remain under a black-gauze-draped table that stands centre-stage, for much of the performance (emerging only briefly to move about a bit and bash a pair of gongs). Their slowly undulating, naked forms, barely discernible through the gloom, are like a consistent threat behind the often overtly chipper video footage.

And, while the imagery on screen rips up stereotypes of female beauty and aggressively aims to makes sexual voyeurism feel ugly, audio bites from popular songs and films are spliced and diced live on-stage by the startlingly slick Djackulate.

LURKY! LURKY! is a stark, feral roar. Fitzgerald and Stapleton know what their quarry is and they go straight for the jugular. Occasionally, they stray into the polemical realm of that strand of ‘new wave’ feminism that undermines its own efforts by overstating its case (a recitation of a long list of convicted and suspected celebrity sex offenders by name is a dubious moment in the show). But, they’re fearless, set on their course and winning.