Posted 5 months ago in Music 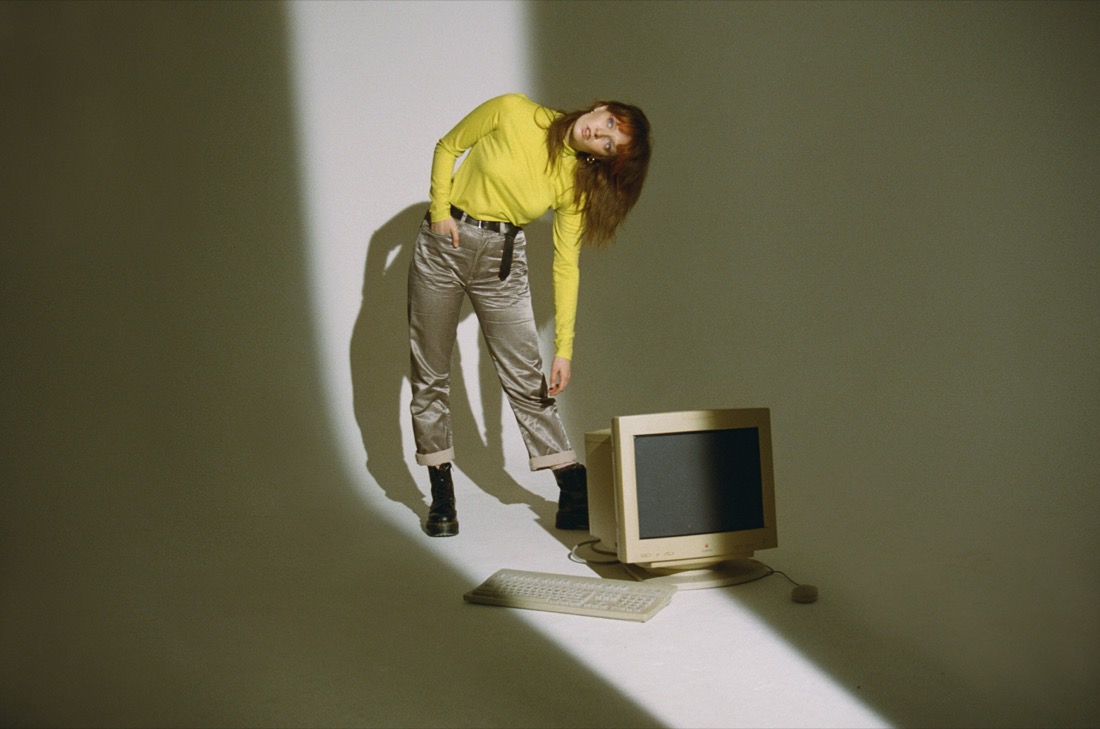 An early YouTube adopter, Orla Gartland has immersed herself in online and offline worlds before dropping her self-produced pop, indie, affair – Woman on The Internet.

“The second album will be completely fiddle,” jokes Orla Gartland as we chat about her debut album Woman on the Internet. The Dublin native has been on the scene since teenagehood and now on the cusp of releasing her debut album, she’s been able to hand-produce a record filled with experience.

Before joining the realms of the first generation of YouTubers, Orla grew up playing in a trad group, “proper Comhaltas”. Being exposed to a communal way of learning music meant notes were scrawled on the back of cereal boxes and she could join in even at a basic level. “I think it’s so chaotic, in the way it’s taught, but in a nice way. It left me with a good ear and an appreciation for jamming and music in a communal and casual sense.”

At the beginning of secondary school, Orla began to see the effects that pop could have on people. “I became obsessed with pop music, hearing songs on the radio and the effect that had. Hearing a song in the car and then hearing someone in school singing it the next day because it’s so catchy. I could see the power of pop and its influence and I couldn’t play any of those songs on the fiddle, naturally.” Leaving the fiddle behind, Orla began learning the guitar at age twelve. At this stage, a natural curiosity began to bubble up and Orla leaned into her love of pop. 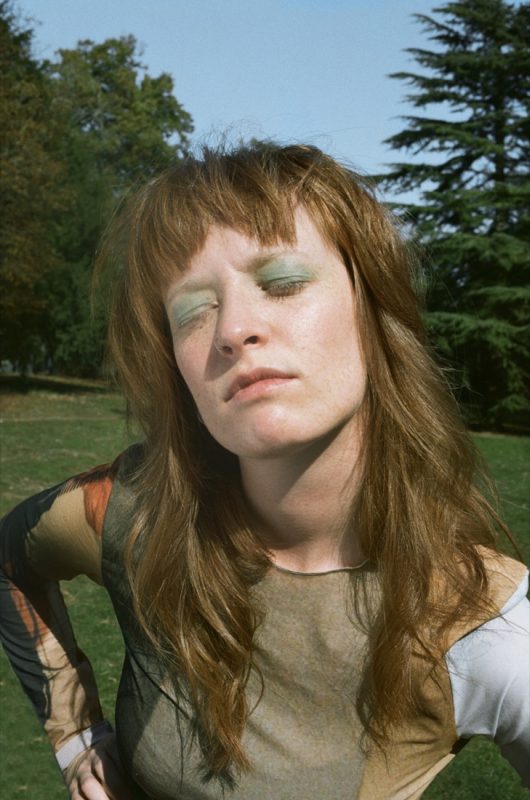 “I remember starting the guitar and being so desperate to learn Broken Strings by Nelly Furtado and James Morrison. I remember this guy teaching me the basics with strings and me saying, ‘When do we get straight to the bit where you teach me Broken Strings? Because I don’t really care about any of this theory stuff.’”

Teenage showiness mixed in with a curiosity of the pop world. Being a bystander in a world where X-Factor was the biggest show on TV wasn’t enough for Orla. “I was so cocky. I look back now and I’m like, oh my god, I really thought the world had to hear me sing this song that I was just learning to play. It was so…it was really bolshy, and very unlike me, because I wasn’t really a performative person.” What differed from the school stage was the safe space that Orla created in her bedroom. YouTube was beginning to hit its stride with a wave of teens sitting down in front of their webcams to document their lives. This era of Dan and Phil, Charlieissocoollike and Dodie was before the video website became a place for moneymaking. “I was discovering all these people online and they were singing in their bathroom, introducing a new song and cursing. It was so rough and ready, with so much personality in it. There was no ‘I’m going to put videos up to build an audience’. It wasn’t like that. It was so much more shortsighted than that. It was more like, that is cool, get involved, I’ll invite myself to whatever this thing is.” 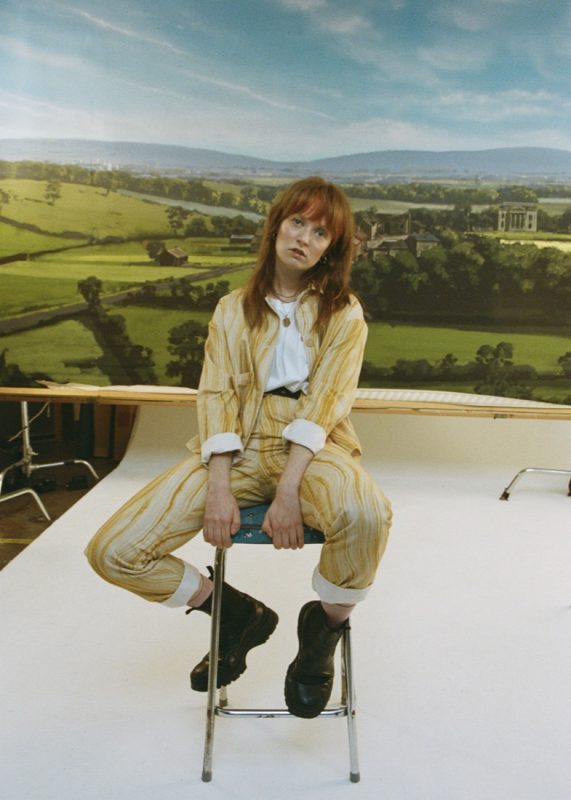 Orla set up her YouTube channel and uploaded covers and originals, following in the steps of her peers such as Hudson Taylor. “Weirdly, I had met them at the auditions for this talent show called The All-Ireland Talent Show. Thank God it never ended up on TV. We met them at the audition, and they were like, ‘Oh yeah, we’ve just started making videos on YouTube. It’s so crazy. We’re getting all these comments from around the world. Do you have a channel?’ I followed them in that, as well, because I was intrigued. I remember doing another radio thing with them. The absolute shock on the presenter. ‘Oh my god. You can put up a song and within seconds you can get feedback from China, the Philippines. You can have someone from America commenting.’ All of these things are so normal to us now but seeing it through this slightly older person’s eyes, I was like, ‘Oh wow, this is actually really cool’.”

Orla began to build an audience on YouTube and released her first single Devil on my Shoulder in 2012. A gig in Academy 2 was the first experiment to see if numbers online translated into people in a room. “I was so green to the whole thing. That gig and song were the first kind of milestones, that was the first time I tested to see if the YouTube people would come through. Both were extreme experiences where I realised that these things were actually happening. I wasn’t playing in an arena. I’m playing to 200 people in Academy 2 but still they all know the words. I don’t know how to play a show, I’ve never done this before. It was one song and one gig that were in isolation, it wasn’t a tour or anything. I think that was the moment where I started to take it a bit more seriously.” 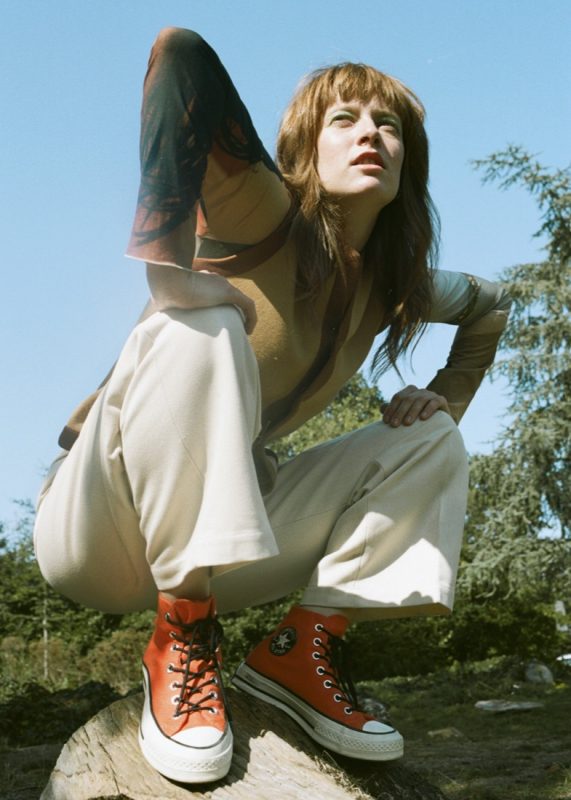 Finishing school, Orla booked three gigs in the UK – “That was my sixth-year holiday.” After that summer, moving to London to pursue music became a viable option. Hudson Taylor had led the way, searching for a manager and building up their name. “I think it’s really different now, but then, I just couldn’t figure out how people did it here as a job because there was no shortage of talent, but there was no infrastructure. It felt like unless your uncle worked in MCD or your aunt worked on the Late Late, there was nothing for you. I had this online thing but I didn’t know where to take it from there. I was starting to get a few emails from managers from the UK. They were confused and said, ‘You still don’t have a manager?’ And I was like, ‘No…I just can’t find where they hang out here.’ It was an accumulation of a little bit of early interest and following the boys over.”

One year became two, two became three and now, Orla is based in London. Over time, in-person and internet connections gave her the music community that she couldn’t find in Dublin: “I wish I hadn’t had to leave home because it’s such a cliché thing to do, to go to London and do music. Now, there is more industry here and more people set up to do it here. It’s really different. What I was missing over here I definitely got over there.”

Woman on the Internet encompasses the last two-and-a-half years of Orla’s life. A reflective pop indie record, lockdown gave her the time she needed to make it as complete as it could be. “The level of detail in the production and stuff was sometimes for my sake more than anyone else’s. There are moments or sounds that no one will ever hear or appreciate, and it doesn’t even matter. It became more about doing it for me.” 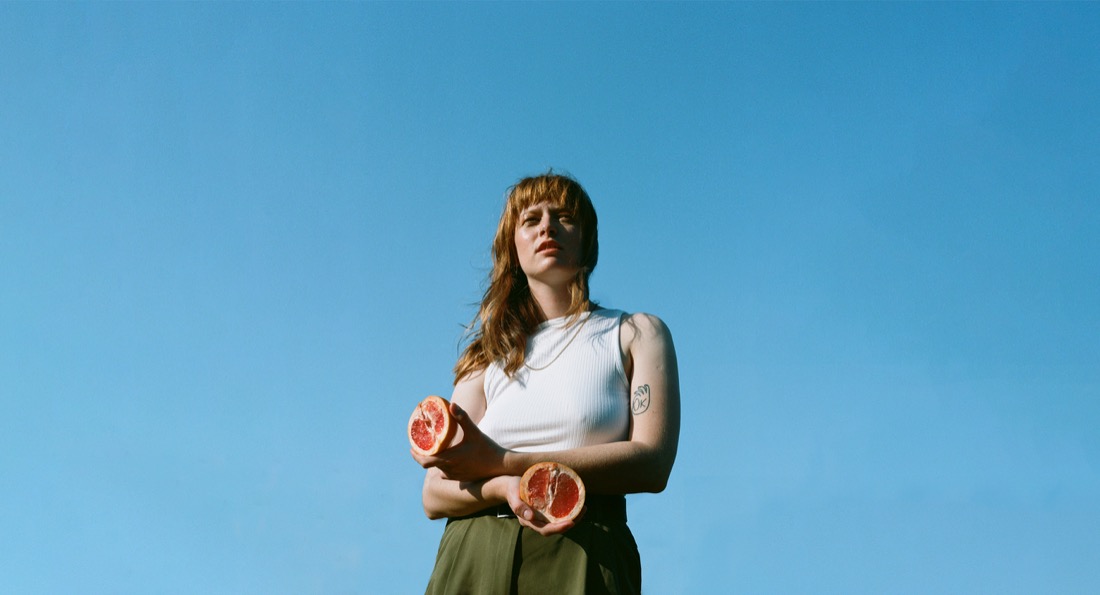 “If I had told myself when I had moved to London that it would take six years to get my album together, I would’ve turned around. The path was all over the place. I was so glad that I didn’t make albums before this, like there have been opportunities to make a bigger body of work. I just knew it wasn’t going to be ready yet. It would be a totally different thing. You need to live a little first.”

Orla’s rock moments on Woman on the Internet are interspersed between indie pop melodies and she took direct inspiration from one of Ireland’s most revered musicians – Dolores O’Riordan. “I went back and listened to a lot of Cranberries, appreciating Dolores O’Riordan in a massive way. They played one of their big songs on this massive American talk show and I remember watching that back last year and thinking ‘Oh my god this is so amazing.’ Here’s this slight, but feisty, woman yelling and yodelling. There’s so much energy in it.” Before working on her debut, Orla was part of Irish Women in Harmony, a project that raised money for Safe Ireland, an organisation helping women and children in crisis. The single went to No. 1 in the charts and now Orla feels more connected to the Irish music scene than ever.

“I did three weeks in a studio in Devon, in the middle of nowhere and brought the band and that was the last stage of recording. I was so hellbent on doing the summer camp style album recording to finish off. I wanted all of us to stay there in bunk beds. I wanted a big fucking whiteboard to write all the song names down and tick them off because that’s what I’ve seen on the music documentaries. I couldn’t have my mind changed. I wanted it to be a certain experience and get the band involved.” This final stage of recording had Orla as a producer on the album, a role that she didn’t see herself undertaking at the beginning of her music career: “I had no idea what I was doing with audio for so long. I did so many writing sessions when I first came to London and if you see any musicians on Instagram, you’ll see the classic picture of the back of some guy’s head with his laptop. That was the experience of production for so long, like I wasn’t allowed to be involved.”

Having a hands-on approach gave Orla the control to produce an album with her fingerprints all over it. “It’s more satisfying to say I want to do this and be able to execute it. There’s a level of care that you will only give your own work.” A debut that screams made with love, Woman on The Internet lets Orla connect with all her audiences; past and present, Irish and international, online and offline.

Woman on the Internet was released on August 20 via Orla’s own label New Friends. She plays the Academy on Thursday December 16.