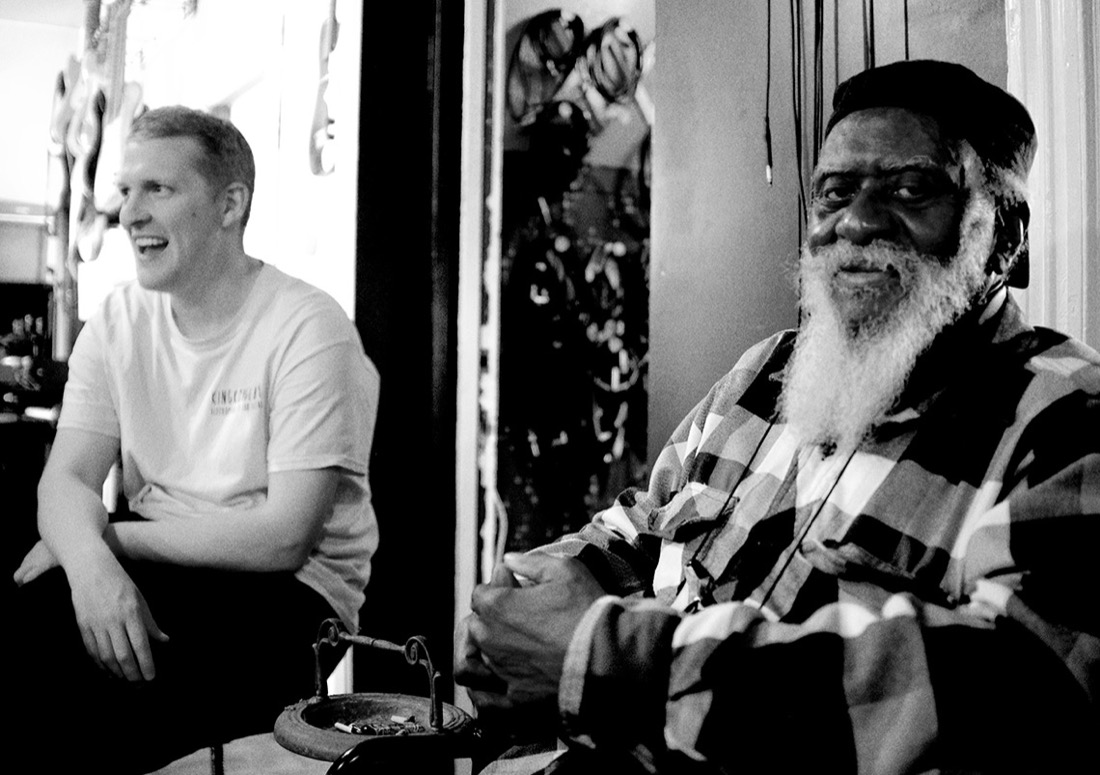 As origin stories go, Promises has one that’s hard to beat. In 2015, mythical jazz saxophonist Pharoah Sanders became enamoured with the music of experimental electronica producer Floating Points (aka Sam Shepherd). The two met for lunch, talked about jazz, and decided to make an album. They recorded most of Promises together in 2019, and in 2020 Shepherd enlisted the London Symphony Orchestra to complete the album’s texture.

The result is a triumph, and an entrancing argument for taking the time to listen to an album uninterrupted from start to finish. Promises is a 46-minute piece of music, divided into 9 movements that flow into each other, connected by a seven-note motif. Floating Points and the LSO are at two opposite ends of the album’s sonic spectrum. Shepherd’s synths provide the album’s most alien moments, while the LSO’s cinematic strings are lush and familiar. In the middle is Sanders, who is undoubtedly the album’s heart. He brings sixty years of jazz mastery to the collaboration, and every time he makes his saxophone speak, you’ll pay attention.

In 2021, committing 46 minutes to sit down and give your undivided attention to some ambient/psychedelic spiritual jazz may sound like a big ask (maybe even a bit pretentious), but you’ll get back what you put in to Promises many times over. I promise.