Audio Review: Princess Nokia – Everything Sucks / Everything is Beautiful 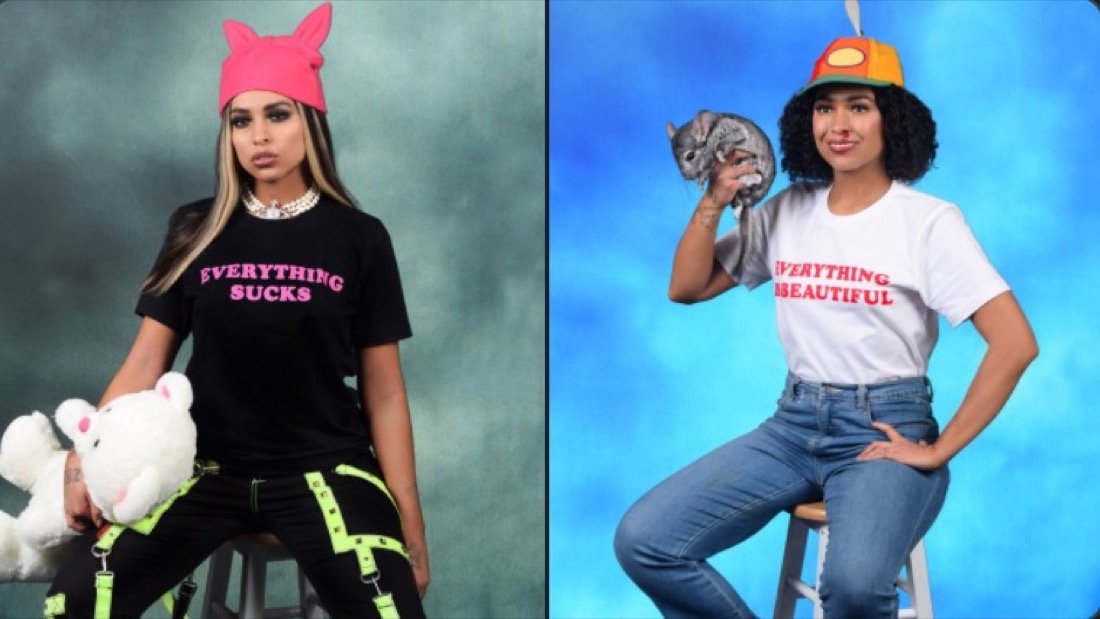 Princess Nokia can always be trusted to march to her own beat. Here, she’s dropping a third and fourth studio album simultaneously, as if to underscore the non-conformity of a hip-hop artist embracing their cultural moment. She comes out swinging on the wilfully brash Everything Sucks: recalling the curveball emo-rap of her 2018 mixtape, its trap production and spiky punk energy double down on Princess Nokia’s confrontational side. The counterpoint to this distorted funhouse is found on Everything is Beautiful, where some low-key gospel soul lets her remind us she also likes to sing.

As kernels of ideas drift by, the concept is more than the sometimes half-baked execution, but an unblinking Princess Nokia revels in flaunting her Nuyorican identity without explaining her choices. If there’s a common thread between two records which play fast and loose with genre, it’s Destiny Frasqueri’s conscious projection of a swaggering independent spirit that’s as much part of the Nokia brand as the tunes.

This dual release is a reminder that in any politically polarised environment it’s no bad thing to have a three-dimensional spearhead as mouthpiece for one’s own community. Other than showcasing the versatility we already knew she had, Everything Sucks / Everything is Beautiful asserts the resonance of an innovator whose cultural sway extends beyond the realm of music.