The only constant in life is change. The best we can do, then, is give ourselves up to the present moment; enjoying the temporary highs and weathering the storms when they come. This attitude is also a good way to approach im hole, the debut album from London-based electronic DJ and producer aya. The album is truly unpredictable and tracks rarely stay in one space for long. Just when you think you’re getting your bearings, aya trips you up with a jarring tempo change or pitch-shifted vocal.

Sonically, the album resembles what you might hear if you were suddenly converted into binary code and sucked into a glitching computer. There is a moment on the track dis yacky where the sound of aya’s panting breath emerges over the jerky instrumental, before morphing almost imperceptibly into a metallic clanging that sounds more like a tired robot than anything human. 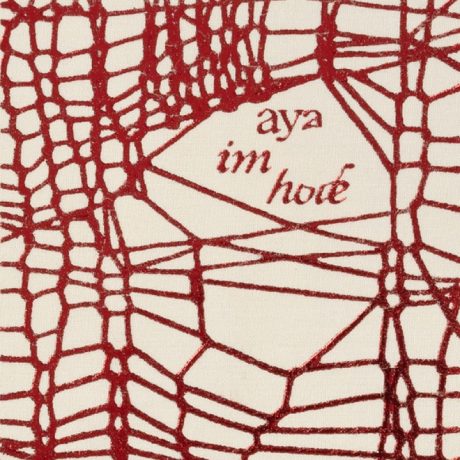 aya is a gifted and poetic lyricist too, and she employs impressionistic imagery and the occasional punchline to explore modern intimacy and identity. New albums and artists are so frequently hailed as ‘exciting’ that the word has become essentially meaningless as a way to describe music. However, in the case of im hole’s deconstructed and experimental club sounds, we have an album that might actually deserve the descriptor.

Set aside 40 minutes to give it your full attention. If nothing else, it will surprise you.

Oil of Every Pearl’s Un-Insides – SOPHIE