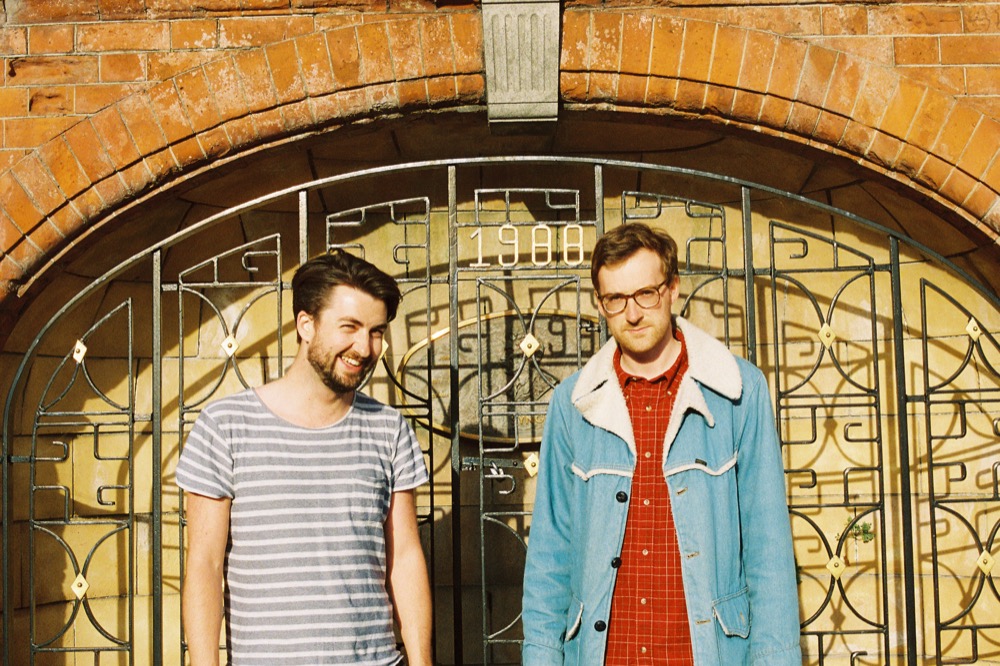 I’ll spare you the vagaries of magazine production but this interview came together at the 11th hour. That said, it’s somewhat fitting that Ireland’s most laid back band would so nonchalantly step in – after all, easy amiability is one of the defining characteristics of the Postcard Versions sound and extended ethos. Fresh off the release of their debut LP, Postcard Versions is the current nom de tune of the jangle pop braintrust of Ross Hamer and Paddy Ormond, both formerly of Jetsetter. Longtime denizens of the indie underground, the duo first crossed paths as part of perhaps the most Late-Noughties Irish indie origin story on record. “We met in Crawdaddy”, begins Ormond, “I think Ross had a moustache at the time.” With a sigh of resignation, Hamer confirms what could easily be dismissed as slander coloured by the passage of time, “I had a moustache and everyone hated me”.

“He made the worst first impression,” continues Ormond… “It was myself, Nick who own The RAGE [Fade Street’s eminent record and game exchange] and a few of our other friends. I don’t know what the story was, I think you were just very cocky…” Hamer, predisposed to self flagellating mockery as he is, at least makes a minor attempt at defending himself, if simply by appealing to his marginally more advanced vintage; “Well, you all look about 12-years-old for a start and I couldn’t remember anyone’s name! I thought Paddy was called Daniel for about a year.” From this inauspicious start, the duo ultimately joined forces, having stumbled across a certain simpatico nature in their songwriting approaches. Though, the release of one record in particular acted as spark of inspiration for the duo, as Ormond explains, “We were listening to a lot of Real Estate. When we first started Jetsetter it was a complete Real Estate ripoff. Basically, all of our friends were mad into their first record so we just ripped it off.” “Like, note for note”, adds Hamer. 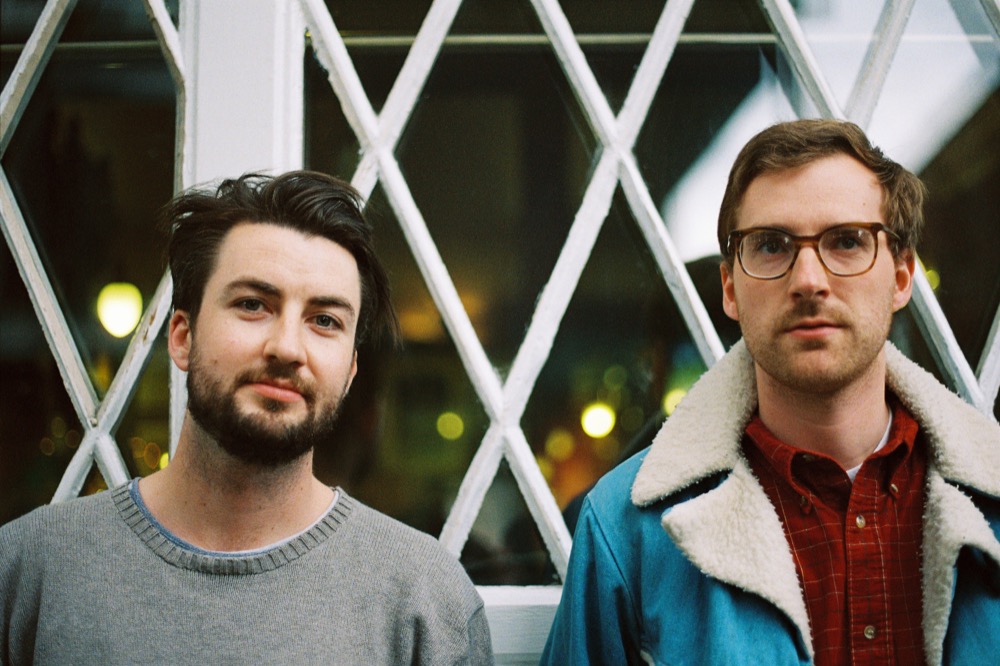 In a sense, despite moderate acclaim within domestic music circles, Jetsetter’s failure to transcend/descend to next Dante-esque circle of the Irish Music Industry was caused in now small part by their discomfort with establishing a unique identity of their own – or, that’s certainly the view of Ormond and Hamer. “Jetsetter was kind of doing its thing for a while” says Ormond. “We released a couple of singles and an EP but the other two lads were in Spies and there was just a conflict of time. It was just too much. It was the first time we’d been in a serious band and we were very possessive and grabbing at things. When it’s your first time It feels like the whole world instead of seeing things as projects that you happen to be doing at the time.” Ormond goes on, “You know when bands are really fully committed to something, they’re locked into it and you can see them hit their stride after a couple of years? They have their sound and the infrastructure around them and they start getting attention or whatever and that sort of takes off – we were never even close to that. It just stayed at that kind of starting phase of finding the sound. The set initially had a lot of our songs that were similar but then it started to get quite divided – a lot of different sounding songs – it was just very tacked together. Eventually we were just like ‘this is a fucking mess’. It wasn’t a unified idea – It just made sense at that stage to stop.”

The dissolution of Jetsetter, rather than instilling a bleak fatalism in the group’s co-frontmen, writ large the importance of forging their own voice or – at least – how crucial it is to do things precisely the way they want to with exactly the gear they want to use. Ormond explains, “Around then, we were speaking with our friend James Byrne who does Any Other City [Record Label], he’d put out all the Jetsetter stuff and he was really encouraging that we should do something ourselves. We decided that – for the first time – to do a project that was free of looking for either people’s time and everything. Fuck, it’s just us. We’re totally invested. We’re totally on the same page. There’s a symbiotic thing going, why not?” Hamer continues, “I think we both had an idea of what we wanted it to sound like and I was in the really fortunate position of living in an apartment with Airbnb neighbours. I thought, why not just do it in my room? So, over the course of a couple of months, I began to amass the collection of gear that we used to make the record”.

Hamer and Ormond are nothing if not convivial conversationalists, but their faces really light up when they are are afforded the opportunity to chat about the vintage gear that make the record what it is. One piece of kit is a particular point of pride as Hamer himself is eager to effuse, “I think the main thing that really changed it was this beautiful Yamaha organ I got – A YC21D from 1972 which weighs eight stone. It’s the one just below what Terry Reilly used in the ‘70s and it’s got a beautiful sound. It’s all over the record, every organ sound is that.” 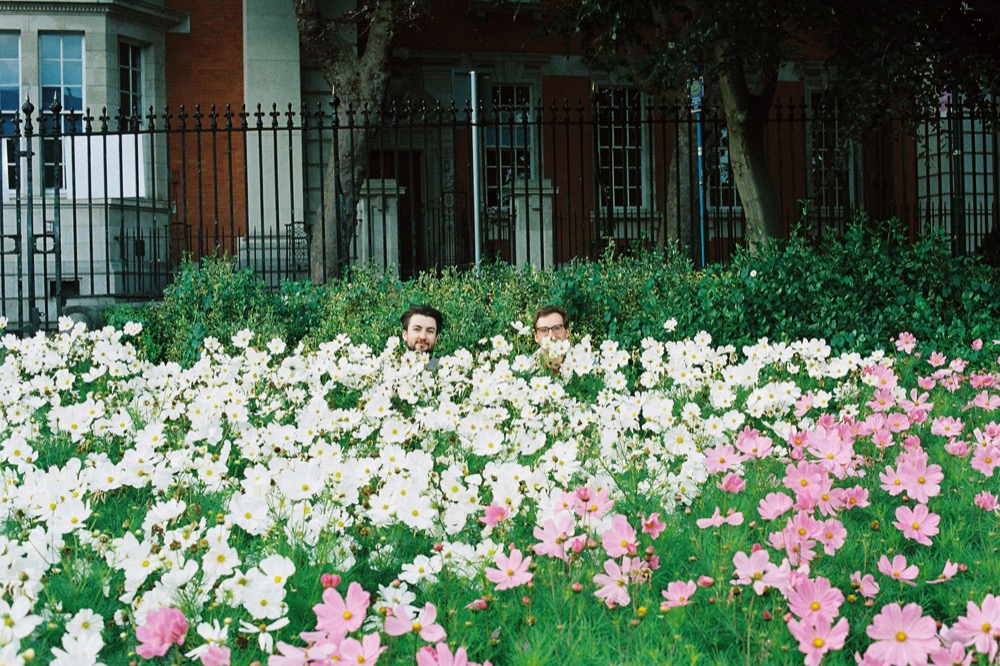 They’re not wrong, when you’re playing within generic modes as well worn as the breezy indie pop plied by Postcard Versions, a specificity in detail is paramount and it’s in the glorious minutiae that the album sets itself apart. The lads are inclined to agree, “If you played the record on an Argos guitar it would be horrible” states Ormond frankly, “I think it’s the quality of the stuff that we used and lots of small decisions. We’re just twisting faders until we find the sound we like and when we do, it’s like yep, it’s definitely that one”. Hamer concurs, “I think it was important that we didn’t put any pressure on ourselves for deadlines or anything so things came quite naturally at their own speed. We had time to think about what we wanted to do”.

Though, as the pair are quick to clarify, consensus was by no means a certainty. Hamer explains, “We know each other far too well at this stage. We’ve been in a band for I don’t know how long, so we are perfectly comfortable with arguing over absolutely everything. Even if we agree about things, I’m pretty sure we argue just to piss each other off. Everyday there’d be something where we’d be like ‘Fuck you, Paddy. Fuck you, Ross’ and then end up being like ‘…actually that sounds pretty good’. Ormond picks up on Hamer’s point, “There’s a weird contradiction about how we’re always arguing about the smallest little bits but at the same time, we’d never second guess the initial stages of writing songs. But then – in the recording of them –  there will be a few details that we’re very anal about”. True to their form as dueling guitarists, Hamer picks up where Ormond lets off, “Paddy played most of bass on the record and the drums and he always did good takes. Most of the time we were too lazy to do more than one take. You can hear some little errors on the record but whatever, it sounded good and we kept them. Then, there were definitely times that were different. I remember at the end of Bitter Lentils there was just this chugging for a couple of minutes and I said ‘can we do something with that Paddy?’ He liked it like that, so we ended up putting a little organ on it and a guitar solo and now I’m kind of pissed off that it’s the Postcard Versions anthem!”. “It’s destroying his ego”, adds Ormond. “I’m on Spotify looking at our most played songs and it’s Bitter Lentils by about 100 plays”, interjects Hamer in comic shock. “A hundred plays! That’s huge! I’m going to have to get my family to start listening to Sunday Mornings with Nate”. 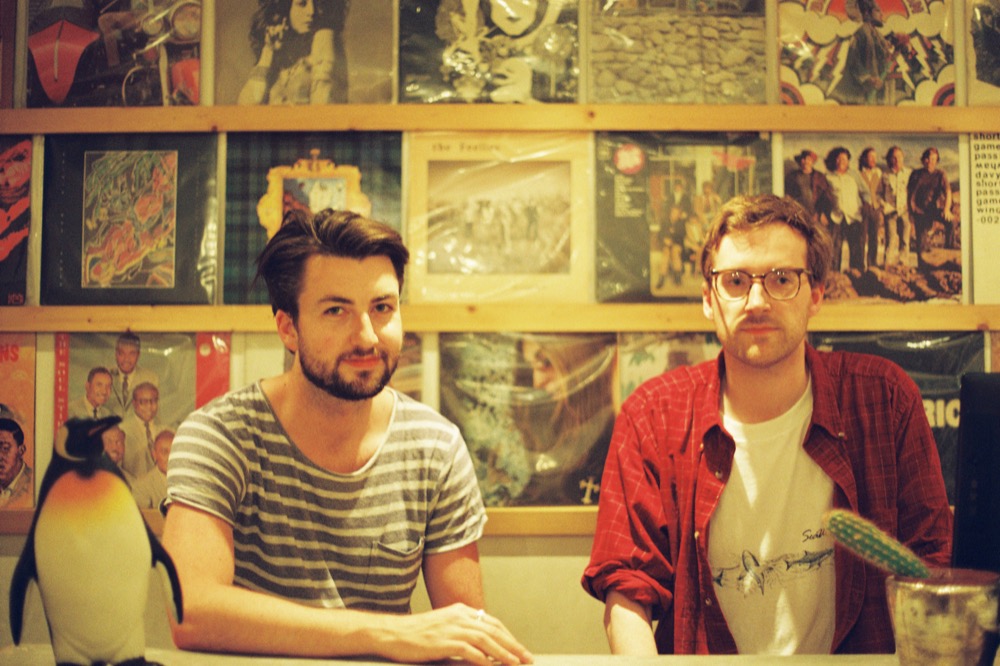 This balance between laid back self-deprecation and intense obsession over seemingly minor trivialities of tone is best summed up by Ormond himself. “There’s this term in Italian suit wearing culture called Sprezzetorio. It means Studied Carelessness. It’s the idea of people who know all the particular rules of wearing a suit; the one button, the certain amount of inches something should be, where a crease should be in your trousers. Then, they deliberately break those rules in a way that looks like they just threw something on, but it’s actually very deliberate”.

Lithe and Breezy? Sure. Throwaway? Far from. A pleasure from top to bottom? Absolutely. Sprezzetorio sounds right to us. Think you can do better? Answers on a postcard, please…