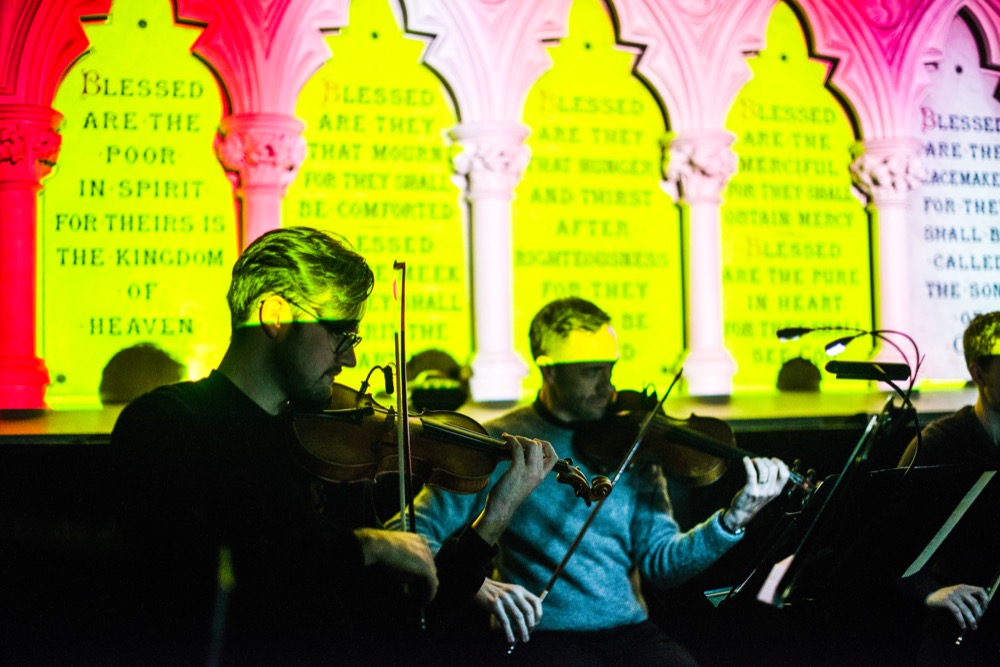 They have wowed audiences with their interpretations of Sufjan Stevens, Ólafur Arnalds and Jóhann Jóhannsson. Next up for Glasshouse, the contemporary classical ensemble, is Bon Iver.

Pathetic fallacy is the attribution of human emotions to inanimate things, a technique commonly used in film. Think an intense murder beneath stormy skies or falling in love as the sun emerges. These traits of duality and balance are also strikingly evident in Naoise Dack and his forward-thinking contemporary-classical ensemble Glasshouse.

As the creative and artistic core of Glasshouse, Naoise, a classically trained violinist, has an intimate understanding of where classical music is and a unique vision for where it could go. Glasshouse, a group consisting of a rough ‘core’ of musicians who are embellished by the talents of others when and if required. Producer Michael Stone runs the show behind the scenes leaving Naoise and his artistic advisor, Rory White (who is also the ensembles cellist & composer) to focus on the music and artistic direction.  Together, they taking are taking a firebrand approach to a genre whose ageing demographic tends to value consistency and perfection beyond progression and a rawer sound.

Progression could be seen as one of the driving forces behind the work that Glasshouse do. Their multifaceted approach to music transcends sound, entering into a sensorial realm where the venue and visual elements coalesce in an intricate interplay that vies for the throne of your emotions. After all, music without emotion would be nothing more than noise. 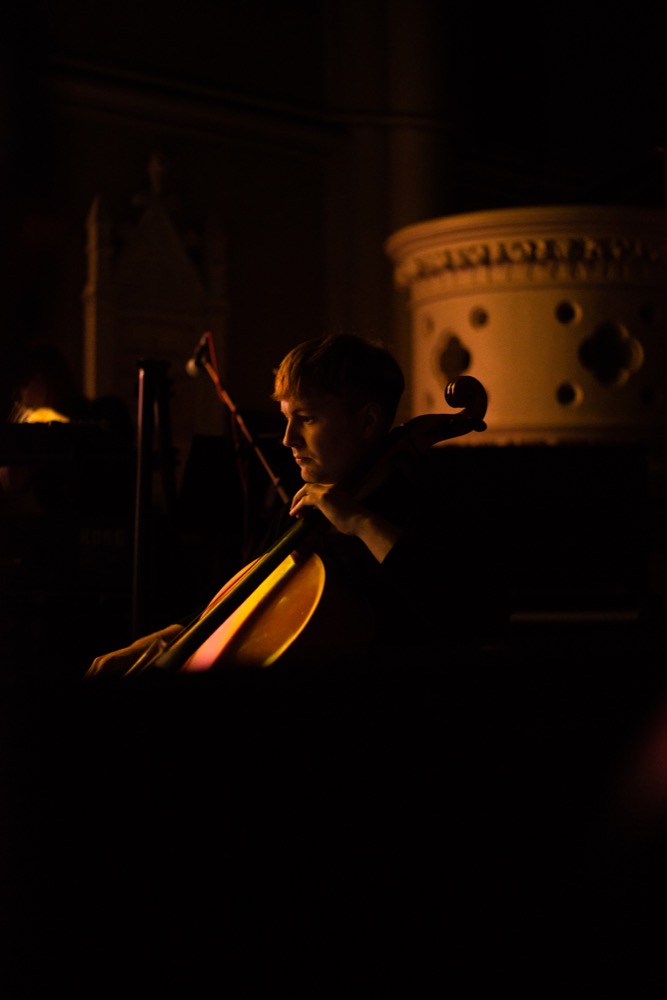 What do Sufjan Stevens and Ólafur Arnalds have in common? Not much besides both been the subject of homage by the Glasshouse ensemble. Stevens, a recent subject, wasn’t picked at random either. Naoise’s connection with the American multi-instrumentalist began around a decade and a half ago, at the time his critically lauded and highly conceptual Illinois album was released. As adults, we don’t choose which memories we retain from childhood. The mind, in all its mystery, tends to remember the way something made us feel, rather than how it looked or sounded.

Pain, joy, sorrow, whatever it is, these feelings sustain through time. Its powerful transition into an adult’s psyche can manifest in a variety of ways. Repeated listenings of the album in his father’s car seemed to leave something incomplete in Naoise’s mind as he grew up, a niggling sense of something that required was worthy of being revisited, perhaps as a means to try and better understand its place. It was with this idea of revisiting the album that Naoise and Glasshouse set about conceiving their show. Sell-outs in its initial performances, it was revisited yet again late last year at Trinity College’s Douglas Hyde Gallery. 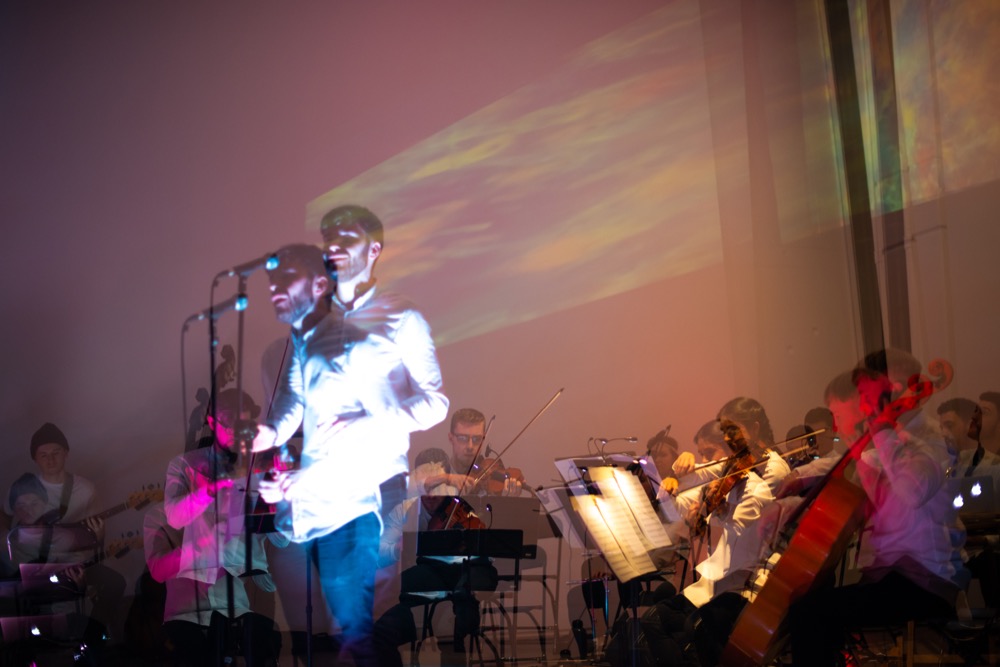 A subdued location, with white-walls and exposed ventilation systems, the gallery was a very literal blank slate where anything could have been done, but wasn’t. Eschewing the potential for an extravaganza, the show was instead an emotional and joyous exploration of young Naoise’s soundtrack. There was a bar, there were seats and there were people standing. It didn’t feel like an orchestral rendition. Present were music lovers and people intrigued by this idea they’d read about – a group of young musicians covering a classic indie album. The whole thing was an embodiment of the concept. People shuffled, went to the toilet and stared transfixed by the virtuosic performances. It was, in a word, natural. It was a nostalgic trip that, like memories, didn’t tangle up with anything besides the feeling of being present in amongst the music.

For Ólafur Arnalds and their December homage to the recently deceased composer Jóhann Jóhannsson, the motivation was quite different. These two names are pioneers in a field of music that transcends any simple descriptor. Their droning, spatial and minimalistic compositions could adequately be referred to as ‘soundscapes’. They create, as per the modus operandi of Glasshouse, an experience.

When approaching the work of any artist, Naoise tells me that they must be orchestral in scope. Likewise, that idea can naturally only be limited by the imaginations of those working on the project. Sticking to the source material is important, but subtle interpretations are a necessity if the feelings are to be adequately expressed. The ‘concert experience’ is the crux of Glasshouse’s place in Ireland’s musical scene. There are other groups doing similar things, although in slightly more avant-garde and niche ways. The difference comes from Glasshouse’s aim to make something that straddles ingenuity and accessibility. They are not and never will be a covers band, rather a creative entity that utilises the source material as the seed from which their shows will grow. 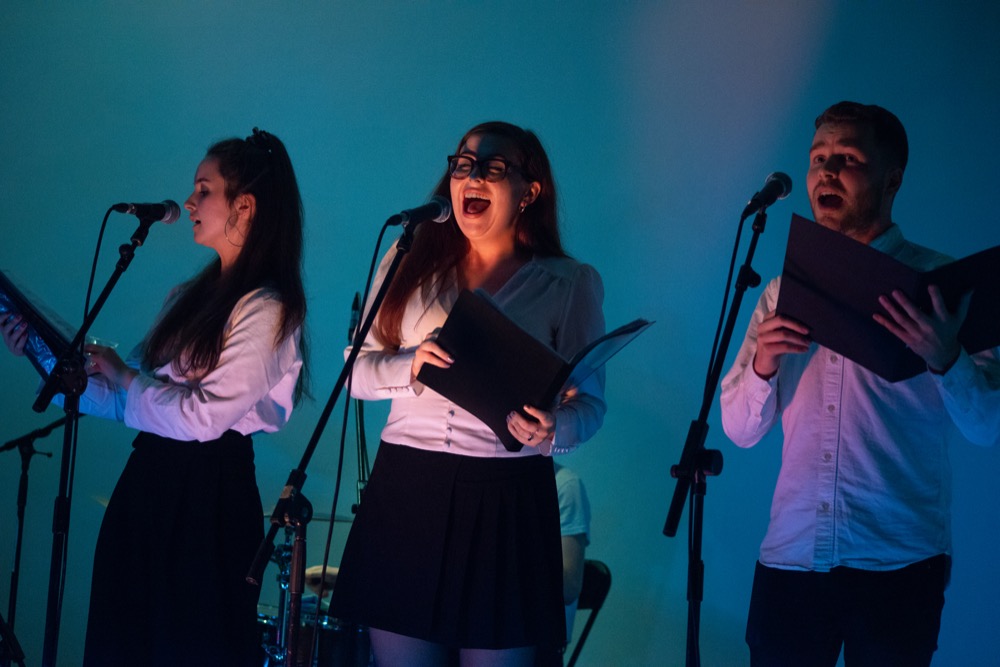 Suffice to say that music has a profoundly deep place in Naoise’s life and perspective on it, therefore its ability to be harnessed as a tool for enhancing people’s lives is an imperative part of his outlook. “I feel like we are getting our audience into classical music in new ways. It’s an incredible art-form that is often overlooked because of a certain societal attitude.” The architectural elements of singular venue choices, the integration of visual elements and the choice of artists being interpreted all contribute to the notion that these shows double up as an introduction for people with interests in various disciplines, encouraging them to interact with classical music – something that might previously have lacked appeal.

Nothing is an accident. The Jóhannsson show was performed in the Unitarian church, a poignant home for such an emotionally charged album, considering his recent death. The spiritual element offered a depth that separates what Naoise and Glasshouse are doing from the rest. It also showcased original pieces by six Irish composers responding to his life and work as well as suitably evocative visuals which were cast upon the stone tablets by LeTissier.

Each show is treated in a holistic manner with all things considered. True power in art, just like our memories, is derived from feeling. These little things, the choice of venues, the chance to have a beer or not, the option to clap and shuffle in your seats, all made that show what it had to be. They weren’t obvious at the time – all that mattered was the music. That’s where Glasshouses’ strength lies. Choices like these operate almost subliminally; creating an experience that doesn’t require ostentatious light-shows or outrageous outfits. Its subtle attention to detail allows us to enjoy the thing that really matters – the multitude of feelings that music can evoke in us all. 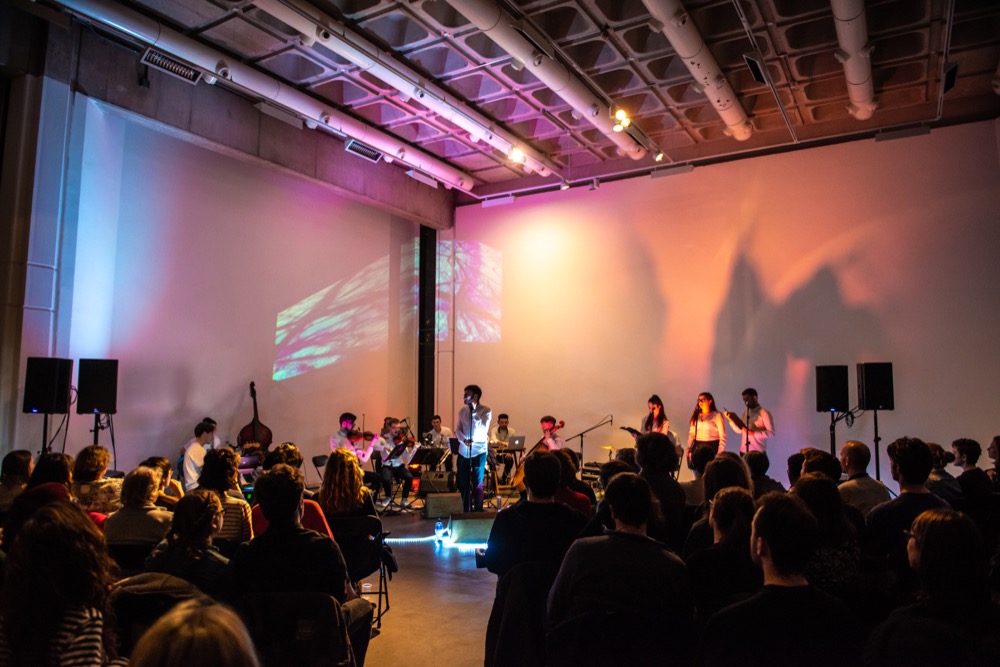 In 10 years time, the shows might still linger in our minds, just like the Illinois album that played in Naoise’s dad’s car still does in his. In time, we’ll forget almost everything else about these performances, but if we close our eyes, it’s possible that the feelings might flood back. It’s these experiences that form us and help give our life meaning. The Glasshouse project is doing just that, showing us that there is meaning and life in a genre of music that looks like it’s eventually beginning to run out of steam in our contemporary world. Their shows are an experience and I’m almost certain that, as Naoise and Glasshouse continue to explore their limits and possibilities, they’ll give many more people many more memories.

Glasshouse present Holocene: the music of Bon Iver in the Sugar Club on Wednesday March 27, €16-€20