Like Dreamers Do: David Coulter on the music of David Lynch 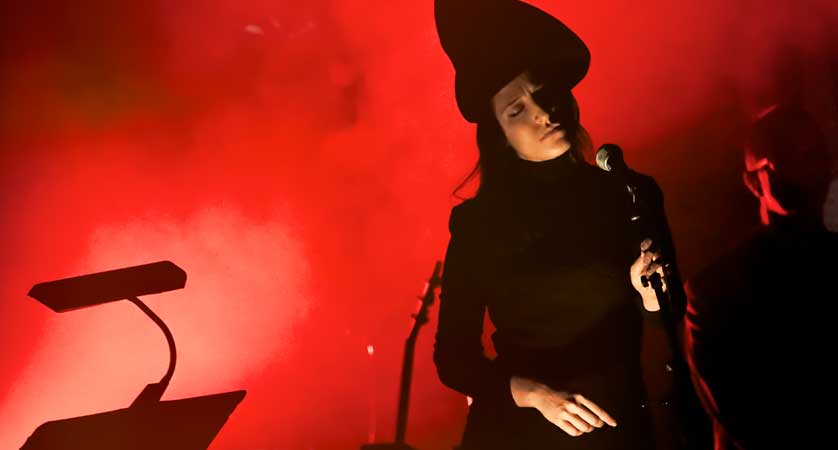 It’s a sunny, woodsy day in Lumberton, so get those chainsaws out. This is the mighty W.O.O.D., the musical voice of Lumberton. At the sound of the falling tree, it’s 9.30. There’s a whole lotta wood waitin’ out there, so let’s get goin’.

In 1950, Bernie Wayne and Lee Morris co-wrote a song called Blue Velvet. Years later, David Lynch would hear one of the many versions of the song, igniting ideas for one of his most revered films, described by J. G. Ballard as ‘The Wizard of Oz re-shot with a script by Kafka and decor by Francis Bacon’. In a recent interview with film critic David Stratton, Lynch explains: ‘I was sitting somewhere, and that song came on, and in my mind’s eye I saw green lawns, red lips… at night. And these green lawns and red lips stuck in my mind, married to this song. And then the next thing was an ear—a severed ear in a field. And then more ideas started coming…’

Blue Velvet is sung by the red lipped Dorothy, known as the Blue Lady, and is just one of many inspired examples of the incorporation of popular song in Lynch’s film oeuvre. While his sonic repertoire includes his own compositions, lyrics and unique approach to sound design, it is Roy Orbison’s song In Dreams, also featured in the film Blue Velvet, which is of particular interest here. Musician and musical director David Coulter has borrowed the song’s title for his latest project In Dreams: David Lynch Revisited – a celebration of Lynch’s diverse musical catalogue and relationship to sound and image. Its premiere, last June at the Barbican Theatre in London, included performances by a large and eclectic cast of musicians. Coulter himself opened the concert, playing the musical saw, though in this instance by literally sawing a log in half, the sounds of which were amplified. This opening gesture comes as no surprise considering how wood as material, and the woods as metaphor, continuously feature in Lynch’s films (and in opening night speeches). Amidst the excitement surrounding the return of the series Twin Peaks, it seems apt that we specifically remember the Log Lady, who was brought to life by the late Catherine Coulson.

We spoke to David Coulter about his diverse musical career, his role as a music director, and the many collaborators involved in In Dreams: David Lynch Revisited.

I’d like to start by asking about your approach to collaboration. You have a long-standing career as a musician, playing in Test Dept, The Band of Holy Joy, The Pogues, and with musicians such as Beck, Jarvis Cocker and Damon Albarn amongst others. How does collaborating with such diverse musicians influence your approach to music?

I have always been restless and hungry. My approach to collaboration has been born from an early realisation that I was drawn towards the outside edges of contemporary music and theatre and the instruments that I have taught myself to play somehow seem to all fall into that eclectic category. Each time I am asked to collaborate in the studio or onstage with an artist, I take away something new. Music has always been a dialogue for me. I do love to perform solo, but there is something so much more exciting about having someone else onstage with you to converse with. It forces you to constantly question your approach.

As a multi-instrumentalist, you are known mostly for playing the musical saw. For anyone that has never heard a musical saw, could you describe some of the characteristics of it as an instrument?

Spooky, but beautiful! The musical saw is often referred to as a ‘singing’ saw and I often describe its sound as a cross between a worldly old female soprano and a theremin. It is an instrument capable of great beauty and great ugliness. I suppose that’s why I was so drawn to it as an instrument. It is essentially a carpenter’s wood saw played by drawing a bow across the blunt edge of the saw’s blade. Its tone and pitch are altered by bending the blade and using various techniques to create vibrato and glissando.

In the past you have worked on projects such as Yoko Ono’s Double Fantasy live at Meltdown festival, the opera The Black Rider with Robert Wilson and Tom Waits, and the Gorillaz opera Monkey: Journey to the West. What’s involved in your role of musical director on such large scale multidisciplinary projects?

My role as musical director is probably more akin with producer or music supervisor. My role can range from coming up with an initial concept of an idea and casting, arranging, directing, rehearsing and playing from within, to being hired in as someone to essentially make the project happen. The three examples you give were all very different briefs for example. My role will often evolve as the process develops. One of the most important elements of what I do is to always be very open to change.

In Dreams: David Lynch Revisited premiered at the Barbican Centre in London last year. How long has the project been in the making? Could you describe the journey from concept to reality?

I’d always wanted to make something Lynch-related. It nearly happened a few years back at a big festival in France. My dear friend and producer Marc Cardonnel from Rain Dog Productions kept the faith and we finally found the resources to make it happen in June of last year at the Barbican thanks to Bryn Ormrod, and again at Sydney Opera House and Melbourne Recital Centre in March 2015. It is quite apparent that people who have seen the piece feel that the weirder it gets, the better it is! The Sydney Morning Herald said, ‘An evening that takes you from the circus to the cabaret to the asylum and back again’ – that’s fine by me!

As far as the actual journey, these things happen in phases. A concept is discussed and agreed upon. We write to David Lynch to see whether or not he has any objections and to solicit his blessing. I contact and book my ‘House Band’ which is always comprised of my nearest and dearest musical collaborators. Wishlists of desired participating artistes are drawn up and they are contacted. Together with Marc Cardonnel I select a shortlist of songs and instrumentals, I think about who would be best suited to revisiting certain numbers. We conceive a stage concept. I try and work with lighting designers to breathe extra life into the musical content. We all gather together, we rehearse, usually for two or three days, during which time together with the band and the guest singers, we will arrange the songs. I will edit and rearrange setlists, running orders, etc. We do the show. If we are very lucky we might get asked to do the show again at a later date, but very often these shows will happen ‘for one night only’!

Stuart Staples, Jehnny Beth, Mick Harvey, Conor O’Brien, Cibo Matto, Stealing Sheep, Sophia Brous and Kirin J Callinan will be performing with you at the National Concert Hall next month. How did each musician get involved with the project?

I am an avid listener and over the years have been lucky enough to have worked with some truly amazing musicians and singers. I keep lists of people I want to collaborate with and fortunately some of them agree to do it! I will often start with a list of maybe three times the number of guests we have room for and usually what happens is that we arrive at a final cast via a route of crossing off people who aren’t available for some reason or other. Some people just aren’t interested in the project so will pass. I always end up feeling that whoever is involved in the project are the right people.

Each of David Lynch’s films have a very distinct musical style. What were some of the challenges faced in revisiting certain songs?

I try never to impose too many of my own ideas as being definitive and prefer to allow arrangements to develop organically. Each individual participant will ultimately be able to put their own stamp and identity on their songs. I try to think of the most obvious thing to do with a particular number and then will do everything possible to make the complete opposite happen.

What has revisiting these songs shown you or opened up to you about the original versions?

It is a massive catalogue of material to choose from, so there are obviously certain numbers that are kind of like sacred cows. There are certain times when we will try out radical revisitations of things and end up realising that, in certain cases, if a thing ain’t bust, it’s not worth fixing just for the sake of fixing. There are however certain times when seemingly all that remains from the original version from the film will be a lyric and a vague approximation of the tune. That is why I like to use the term ‘revisited’. It harkens back to the more classical form of theme and variation.

What sort of sonic environment did you want to create or recreate with this project?

I am going to answer this question by quoting David Lynch himself: ‘The music should surround you, envelop you, so you can live inside a dream. And that’s the way it should be, in my opinion… Sound is almost like a drug. It’s so pure that when it goes in your ears, it instantly does something to you.’

In addition, I’m fascinated by sound in all its forms and I’ve tried to create an instrumentation that will transport the listener to familiar places sonically. I also try to use the element of sonic surprise by breaking with certain conventions and using sound-makers that keep some of the mystery Lynch manages to evoke with his filmmaking.

What approach have you taken towards the staging and visual style of the concert?

I have been lucky enough to work with Silent Studios, who call themselves Architects Of Experience Culture, on the look and feel of a couple of large-scale projects. Nathan Prince and Nick Gray somehow manage to translate my vision and ideas into a very real and tangible form. They paint with light and are able to create the perfect visual context for each ‘song’. We work together in a very easy way. I throw ideas at them, very often a list of words, colours, feelings and intentions and then they will go away and interpret that, add in their own touches and then they will arrive and build the lighting design accordingly. I come from a theatre background so have strong ideas about the physical look of the stage and the juxtaposition of the musicians physically in the space. Two of the most often overlooked things when it comes to staging musical performances are space and silence.

And finally, do your own dreams ever have a soundtrack?

No. Never. In fact, I very rarely dream at all. I am a lifelong insomniac. My dreaming usually happens during daylight hours.

In Dreams: David Lynch Revisited takes place on Wednesday 18th November at the National Concert Hall as part of the Perspectives 2015 series, with tickets costing €37.50 or €42.50, and will feature performances from Conor O’Brien, Cibo Matto, Mick Harvey and many more. Tickets can be found here: https://www.nch.ie/Online/Perspectives-2015-In-Dreams-18Nov15