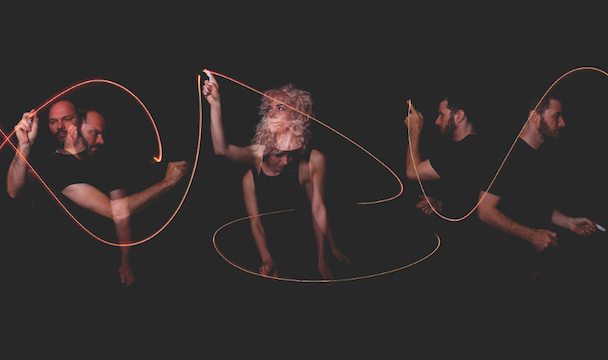 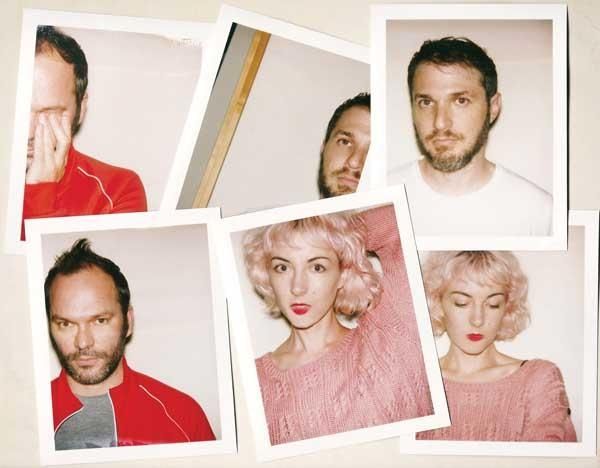 From being the unofficial “sixth member” of Radiohead to working with Beck, REM, U2 and some dude called Paul McCartney, Nigel Godrich’s ear for unusual sound has helped a host of performers craft some of their best records. Now, for the first time, he’s stepping out from behind the curtain and standing alongside some friends in a band of his own: Ultraista.

With Godrich working alongside legendary drummer Joey Waronker (The Smashing Pumpkins, REM, etc) and young London art school graduate Laura Bettinson, Ultraista is an experiment in form and mindset, taking krautrock, glitchy electronica and unabashed pop to somewhere altogether new. Despite beginning as an entirely studio-based project, Ultraista have started to play live at select dates in the US and around Europe.

This Saturday they touch down at the Button Factory for their first Irish show and we’ve got a pair of tickets to give away. All you gotta do is leave a comment with the name of your favourite Nigel Godrich-produced track. Make sure you leave your email so we can get in touch with you if you’ve won. We’ll be notifying winners before close of business on Friday evening.

You just got back from New York where you weathered through Hurricane Sandy. How was that?

It was sort of a combination of being sort of exciting, in the way that being around that kind of stuff is exhilarating. And then very, very boring because there was no power and no cell-phone coverage so there wasn’t very much to do apart from walk up the town. It was weird. It makes you realise they’ve got a very fragile infrastructure there. You don’t really take it on board until something like that happens. They don’t tend to deal with stuff like that very well, I don’t think.

You played Le Poisson Rouge and David Letterman while you were there, what is it like taking this material out on the road after being cooped up in the studio for so long?

It’s very strange taking this out there and playing stuff to people, that wasn’t really the original intention, to do that. It’s probably very good for me. It’s kind of uncomfortable but a lot of fun. It’s been going down really well, people seem to be really into it. Laura’s been great, Joey is great, I consider myself the weak link but I think I’m getting away with it so far, put it that way.

Well it is a new kind of role for you. Do you know how you found yourself in it?

The whole experience for me is kind of like a happy accident. I didn’t think, ‘Oh, I want to start a band now’. It’s just that music is being made everywhere, all the time in my life by all the people that I know and somehow it just distilled enough to one thing that had a shape and a form. It was just like, by rights, we should try and put this out somehow. After that when it came to performing, I was like ‘Oh God…’.

That kind of self-motivation and maybe going beyond what you think yourself capable of is central to the Ultraist way of thinking. How did that movement come to inspire or define this project?

It’s just something that I stumbled over in the latter stages of making the record really. I read the Borges short stories and thought how cool they were and what a great concept it was and what a great word it was and how it suggested the right kind of imagery to me. It’s funny how those things happen, they find you, you know? It just clicked and the more you think about it, the more sort of conceived it seems. Somehow it just seemed to crystallize and that’s something I’m really grateful to the universe for.

I just feel that it’s really important in life to just do things, to be brave and just put them out there. I could have easily just not. I could have stopped that from happening. I’m very pleased that I did because that’s part of life and I hadn’t really done that before.

Obviously you’ve got two band mates involved as well. How do you think your personalities work together?

I think Joey and I are quite similar as people really. He’s one of my best friends and we’ve been through a lot of experiences together. One of the things that I sort of always celebrate about my relationship with him is that, even we grew up 5000 miles away from each other and we’re products of different places in that I’m very much a Londoner and he’s very LA, we’re still so compatible. It’s some kind of affirmation of human nature, that people are the same wherever you go. They really are. It’s like we could have grown up on the same street and that’s a nice feeling. Laura, I think she’s kind of similar to us as well. Obviously she’s a little younger and a girl, but she reacts the same way to things. We all do. We’re a good little trio, I’ve got to say.