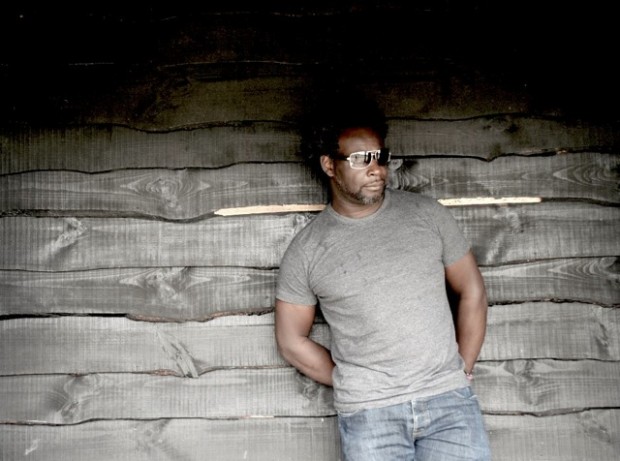 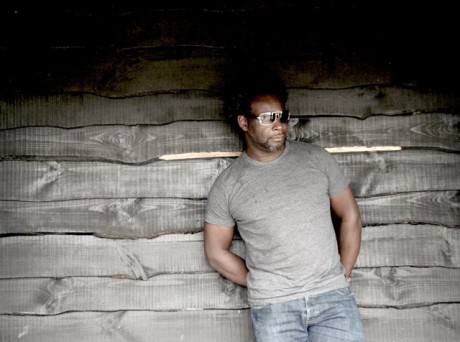 A Guy Called Gerald, surname Simpson, is one of the enduring names of British dance music history. As a founding member of 808 State, one of the cornerstones of Acid House in the late 80s, his legacy was already assured. Soon though, his own personal style became clear with the smash hit (and still undeniable banger) ‘Voodoo Ray’. As one of the key songs sound-tracking the “Madchester” explosion, ‘Voodoo Ray’ went on to become the highest selling independent single of 1989.

Six years later, Simpson was back with another (lets not call it Timeless) classic, Black Secret Technology, one of the high water mark albums of drum and bass. Hugely ambitious for the time, the final product’s fidelity was compromised by the sheer amount of bass on the record, with the vinyl not handling such high volumes all that well. A re-issue in  2008 saw it restored to the fullness of it’s glory.

His last album, Tronic Jazz: The Berlin Sessions was released in 2010 but last week Simpson was in the news again with a short rant on his blog decrying Deadmau5 and his ilk, who apparently just “press play”.

Simpson is in Dublin tomorrow night to play a Stone Roses afterparty in the Twisted Pepper and we’ve got a pair of tickets to give away thanks to the lovely lads at Subject Events. All you got to do to win is share this here interview on Twitter or Facebook and make sure you tag us in the post so we know you did it, yeah? We’re here on Facebook and @totallydublin on Twitter.

Obviously enough, I have to start with the letter to Deadmau5. Just to get it over with I guess. A lot of people have made different things of it, but what exactly was the “Palestinian” comment meant to mean? Can you give it some context?

That rat guy pissed me off. I said something that twanged some emotions. I said sorry about the anti-Israel thing. I just thought the only people who made music like that had to be funded by some marketing media company and I associate mass media with politics. It all came out faster than I was thinking at the time. But he made me sick to the stomach with his bragging of how easy it is. My problem with rat head is that he was saying everyone is just faking it. I wish it was that easy for me to just put all the emotion into a button push. Sorry if I let you down. I feel let down every time I hear the shit they call music. I feel let down by rappers who use the N word.

More generally, what kind of damage do you see being done by this explosion of coverage on/attention for what is known as EDM? On what level do you think it affects the people who are aware of the history and culture of dance music?

What is EDM? It means nothing to me. It seems like everything is being chopped up and dissected and put into little boxes. Every time someone farts or squeals it seems to be some kind of new genre or acronym.

Can you tell me more about the True School and what prompted you to set our your ideals like that?

Over the last 15 years I’ve realised that I’m working in a certain mindset. I thought it would be easier for people to understand where I’m coming from – sort of like a user’s manual. When people hear my music it helps to explain why it has nothing to do with loopy DJ production. If we were talking about images, I like to think of myself is a painter as opposed to a photographer or people making collages with photographs.

The proliferation of sampling as it stands today obviously affects a lot of musicians, yourself included. How do you think that part of music creation has changed since you first became aware of it? It has such a huge part to play in drum & bass and jungle, though it was clearly used very differently to what you mention on your website.

Break it down into this. I can tell you a funny story. I did a loop sample DVD for Loopmasters. I did in the style of an old Zero G sample CD – basically where they put all the ingredients you would need onto the CD. As in – Hits, Strikes, individual keys for keyboard sounds, and so on. I bumped into someone who wasn’t so happy with the way I did the CD because they said they couldn’t make tracks that sounded like mine. I realised then after I looked through some other CDs of today, is that most producers want you to give them full sample loops with everything incorporated for them to just mix into Ableton Live. This is another way of working but it is not individual or organic. I’ve been waiting for something really unique to come along… now I know the reason for why it doesn’t. If things carry on this way, where everything sounds the same, homogenous, then this whole electronic music will die a death. I can’t believe that the software side of things has moved on in leaps and bounds but no one seems to use it to the max. It seems they just want to stick a file into a DAW and make it louder. What’s happened is .. what was once the underground of dance music has been filtered out and made into a “brand” and the DJ has become a symbol of the music maker. People are used to hearing things on playback and watching some sort of “show” which is a just some DJ jumping around. I know there are some artists performing their music for real. I don’t want it to sound bad but I think dance music has lost it’s blackness. You’ve got rappers chasing the carrot – they’ve lost the soul of b-boyness. The underground has been totally turned over and picked dry and it seems like there is a war against soul.

How do you think people’s relationships to the machines have changed over the years? For instance, I recently watched a video of you demonstrating a TB303. Do you think it would mean something different if someone used a TB303 emulator on a computer rather than the machine itself? What is your relationship to the software/hardware debate?

I’ve used emulation 303s on a computer and it is just the same, to me. If you know how to use the machine, it’s just the same thing. It obviously sounds different if you just sample an old school acid track and put your name on it. It’s people like rat head that have made people suspicious of anyone using a computer because they assume you’re just playing back. It makes it hard for people like me to play live with computers and that’s why there is such a fetish with all the old equipment because when you are playing with them you can’t fake it. But you can’t fake it using the software I use – Reason – either. I can’t see how anyone can have a love for this music if all they want to do is just push the button and stand around. Most of them don’t even know how to dance. I mean, give me a new move every 8 bars or something! Bust some moves.

When Black Secret Technology was re-issued, it was a clear admission that the sound had gone wrong in the mastering process. Do you think you learned much from that experience? Do you think there’s much to be learned from it by younger artists now producing and putting out their own music, often in a very quick time frame?

It was a ground breaking idea, but technically impossible to fit so many tracks with low resonances onto a vinyl at that time. Luckily I had everything on DAT with all it’s bassness so I had the pleasure of enjoying it how I originally recorded and was able to put it out again. Yes I think there is something to be learned but we work in a totally different way. I don’t think there is that many dance artists now who want to record an album on vinyl.