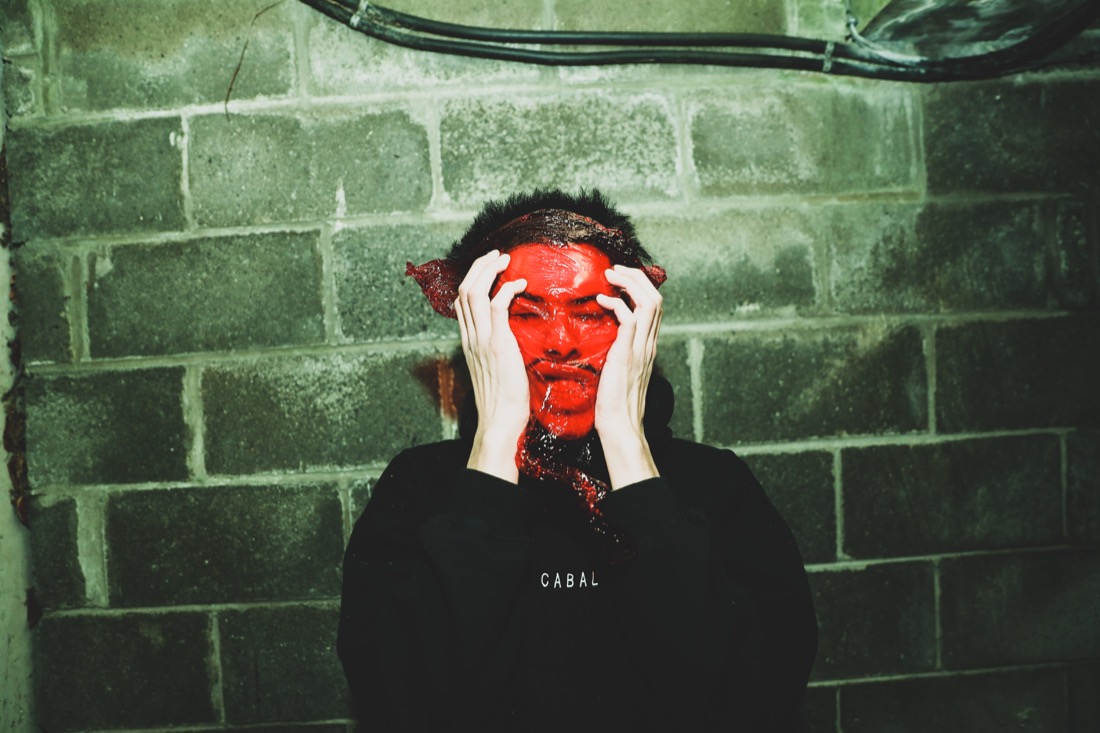 The lights may be currently switched off on the live music scene, but some acts have been existing and thriving under low wattage spotlights before, and throughout, the lockdown. We enter the digital netherworld that is home to the DIY experimental scene.

“I’m sampling growling. Somebody sent me a video of them growling.”

Bob Ross smacks his paintbrush against a canvas. “Beat the devil out of it,” he says, repeatedly. A video compilation of Shelley Duvall saying, “Hi, I’m Shelley Duvall,” is warped by a delay effect. The electronic producer known as Fomorian Vein strikes a banded jigger against a kettle. A distorted bass drum hammers away, turning this collage into a demented melody.

“Somebody just send me some more fucking samples,” says a voice.

It is an improvised mixtape streamed live on Instagram by the artist NITEFISH. For almost three hours, he focuses the camera on a software programme manipulating an eclectic trove of soundbites. Every now and then, he shows himself beaming from underneath a pair of black Speedo goggles. 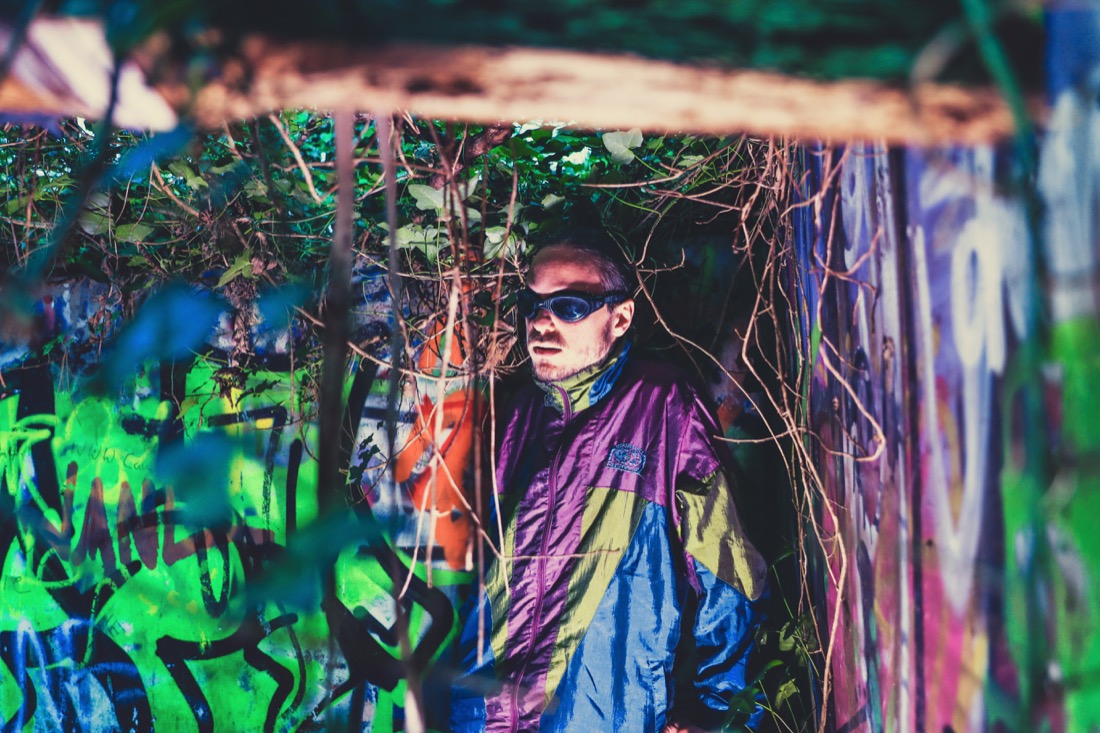 The experiment, he repeats nightly during the first few weeks of Ireland’s lockdown. The end results are a standalone single called Motorolla Ice on Fast Fashion, an ominous gabber-infused industrial dance EP about the tumult sparked by the pandemic. “I was gonna release a whole different EP and do shows, but this happened and I felt I couldn’t release that anymore. I was demotivated. So okay, fuck it, I’m just gonna try to make something that reflects this process that’s happening.”

This spontaneous reaction to the sudden cancellation of all future plans is indicative of his general approach to performing. “My philosophy is just to put on my own shows,” he says, when we first meet in an empty cafe six days prior to the lockdown. “It’s just about doing things yourself.”

Ingmar, a.k.a NITEFISH, started out in Sweden playing in indie bands, but he always preferred “abrasive music”, left-of-centre artists like Machine Girl, Suicide and Pere Ubu. “I was also VJing, doing projections for dodgy nightclubs, and wanted to make music based entirely on samples and projections.”

Drawing on non-musical influences such as the sci-fi author William Gibson, the Extinction Rebellion movement and cli-fi literary theorists, he crafted the NITEFISH concept and began to perform at forest raves in Stockholm. 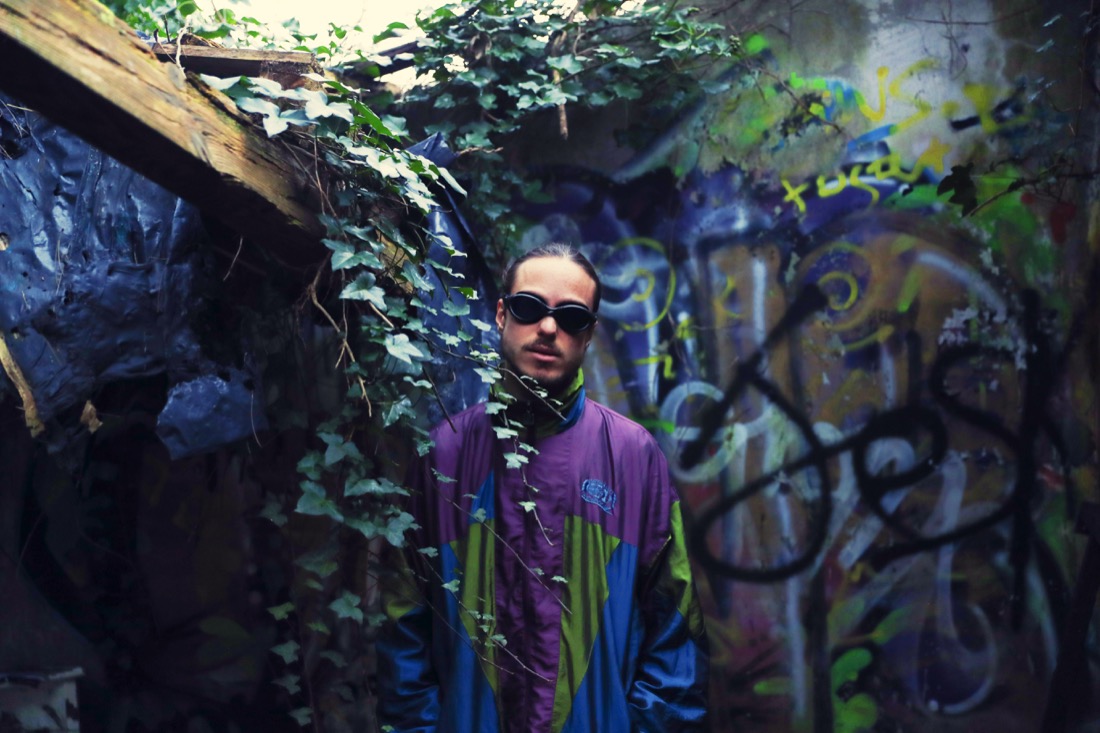 In 2019, he relocated to Dublin to study theatre. That August, he released his debut single, Ibiza, a gruesome lampooning of club culture. “I made it based on a sample from this cringey Ibiza vacation commercial.” The advert, he “mangled” into a pixelated abstraction and then he combined this with footage of polluted beaches.

As he details his process, the squeal of a barista steaming milk fills the room and a set of speakers play a post-punk revival band’s hit single. The timing is perfect, in that my reason for reaching out to Ingmar stemmed from the very idea of the genre’s return.

“There is this confusion about what punk is supposed to be,” he says. “The whole idea was to break down the process of making music and democratise it. Punk is an idea more than a genre.”

Without criticising the artistic merit of groups championed as the saviours of a once-rebellious genre – now accepted and co-opted – the fact is that the notion of a revival is only plausible if it were true that punk was simply a sound. In reality, it is a DIY spirit, which shelved the guitar decades ago, and splintered into every artistic medium that could expand on its original definition. 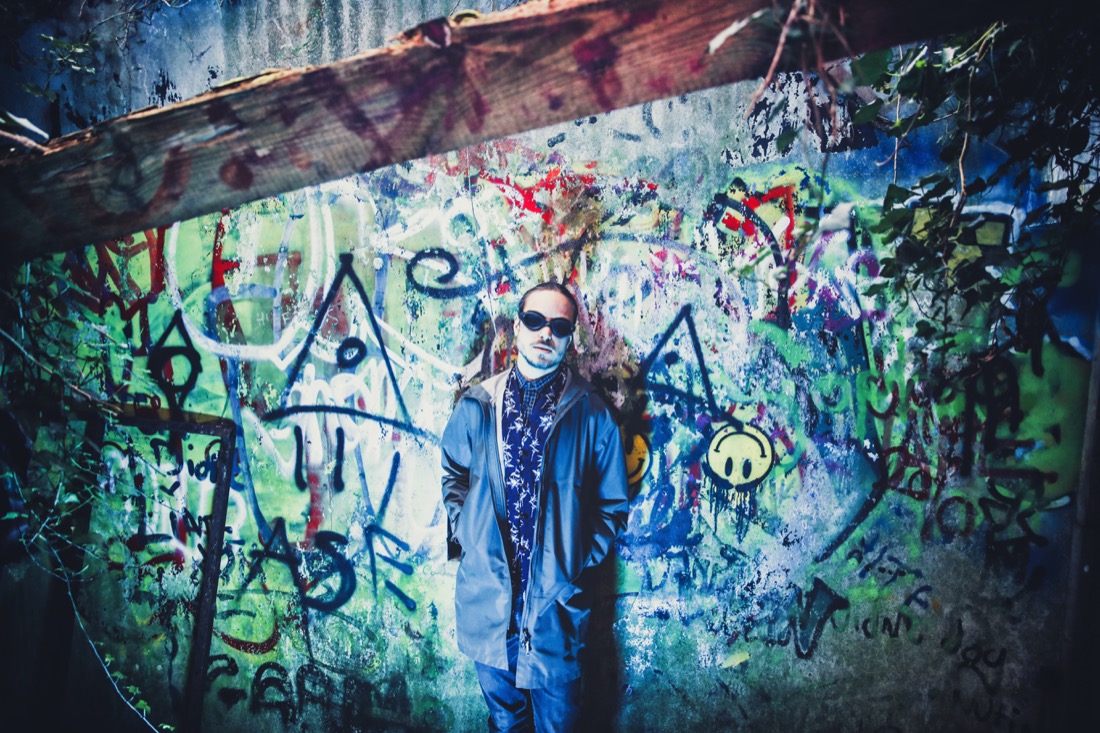 In the case of Dublin, a more accurate statement would be to say that a version of punk did rear its head. Only the torchbearers weren’t guitarists. They were internet ironists, digital noiseniks, people who might photoshop Brendan O’Neill’s face onto a sausage. “Shitpost” punk, a logical response to the commercially viable post-punk revival.

“It’s way more of a weird net than a grouping,” says DJ and producer Toke O’Drift. “There’s a growing taste for that really nasty gritty, very ad hoc editing. It’s so much more loose. Something that helped expand the punk dynamic into areas not considered punk sonically is the lessening power of mainstream outlets. If you can garner enough motion within your little circle, then that can push it outside.”

Although not universally political, the trend in DIY experimental electronic music sprouted from the re-emergence of direct action grassroots organisations in the capital over the summer of 2018. Later in October 2019, when environmentalists occupied Merrion Square, chaining themselves to the gates of Leinster House, the soundtrack was not coming from guitar groups. It was coming from a trolley full of toy keyboards belonging to the group Acid Granny. 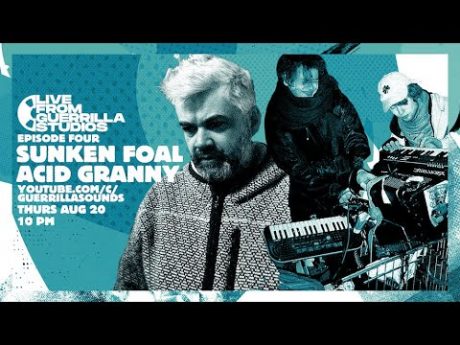 Typically seen busking on O’Connell’s Bridge, Acid Granny’s idiosyncratic free-form and phlegmatic psychedelia is typically cited as the style that set a new standard, by dismissing the very idea of standards. “Then it started to move into venues and you’d see Workman’s being full of people who are intently listening to this bizarro improv noise,” Toke O’Drift says. “If that can hold an audience’s attention, that’s what I wanted to be doing. It’s refreshing for people to engage with electronic music where nobody is trying to be cool. It’s like a surprise attack. It’s an aura of daftness.”

“They just make music for themselves,” says Julia Louise KnifeFist, a Philadelphia-born rapper who came to Dublin to study music production in 2018. 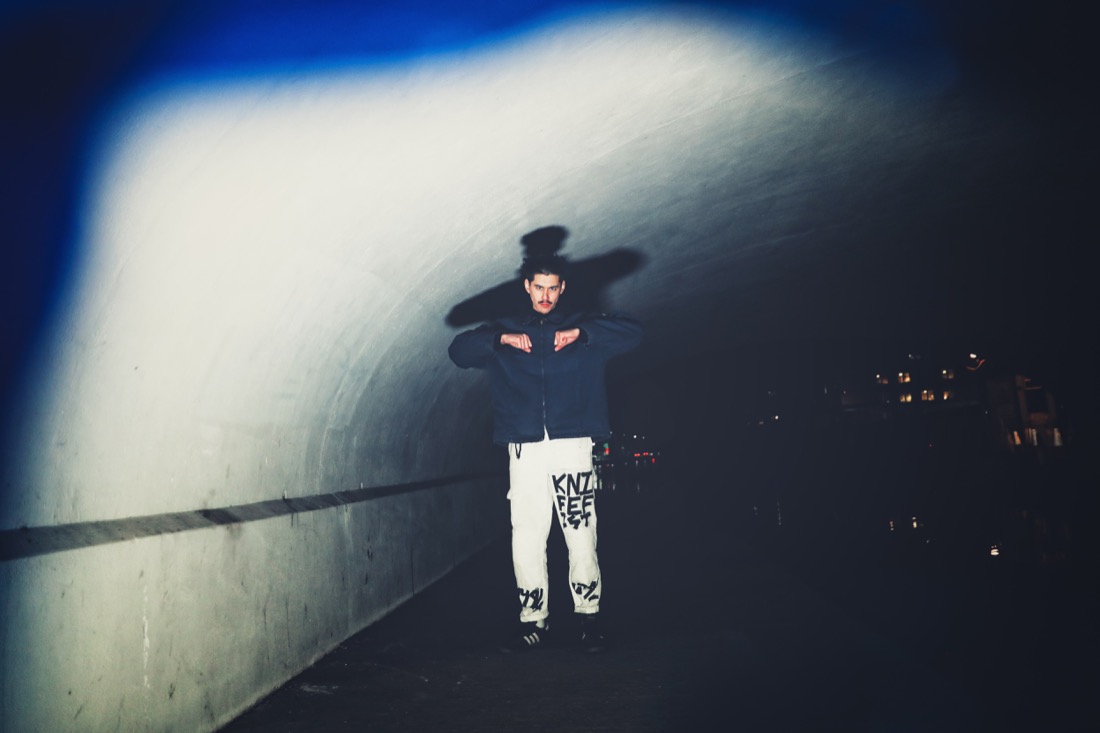 “When I touched down here initially, I wanted to know where people were putting on weird crazy stuff, and in Ireland I think Acid Granny were the first. Them and SSMMÜTT. They just had this weird kind of mass of people that were shaping into different bands.”

KnifeFist’s contribution to the “net” was aggravated lo-fi hip hop, comparable to JPEGMafia. His debut EP Well Done, released in February, jerks between howling feedback and disjointed R ‘n’ B, over which he furiously raps relatively uplifting lyrics.

“It’s freeing music, a release of everything with no one direction,” he says, and that freedom to constantly shapeshift he demonstrated as the quarantine was ordered. KnifeFist, his girlfriend, singer Xulfer Dica, and her brother, Limerick-based producer Zissou retreated to Lackan, Co. Wicklow. Within five weeks, they had written and recorded a dizzyingly serene EP of autotune trap, titled Fortune.

“It was almost like a gag in that Zissou was into autotune trap and we were looking to recreate that ourselves,” he laughs, “It was really organic and happened in a blur.”

“I got lucky with my set-up,” he continues. “I can do live streams, most bands are entirely unable to do anything online, but it’s just me in a house and that’s all it takes. You don’t get to see anybody in contrast to live gigs, and I found I was still able to get that high off just screaming on my own, which is kinda funny.” 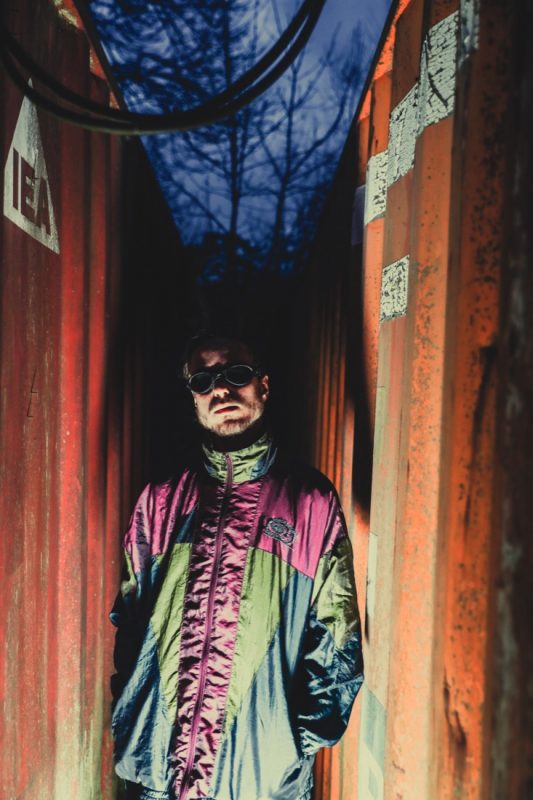 “The interaction between people and artists is getting a bit lost,” admits NITEFISH, but in certain cases it opened the field to further experimentation within the confines of social distancing. Both himself, Toke O’Drift and Acid Granny paired up with a Swedish arts collective called Yggdrasil to create a six-hour stream parodying public access TV, and which featured Zoom performances covered in Gifs, surreal sketches and interviews.

“That show was quite interesting by bridging the gap with the audience by extending an invite to send in videos and include them,” he continues. “I like that approach. It was my way of doing the EP.”

“We’re kinda thriving in the internet space,” songwriter, podcaster and videographer PDF Pockethole tells me. “The rats are inheriting the overworld.” 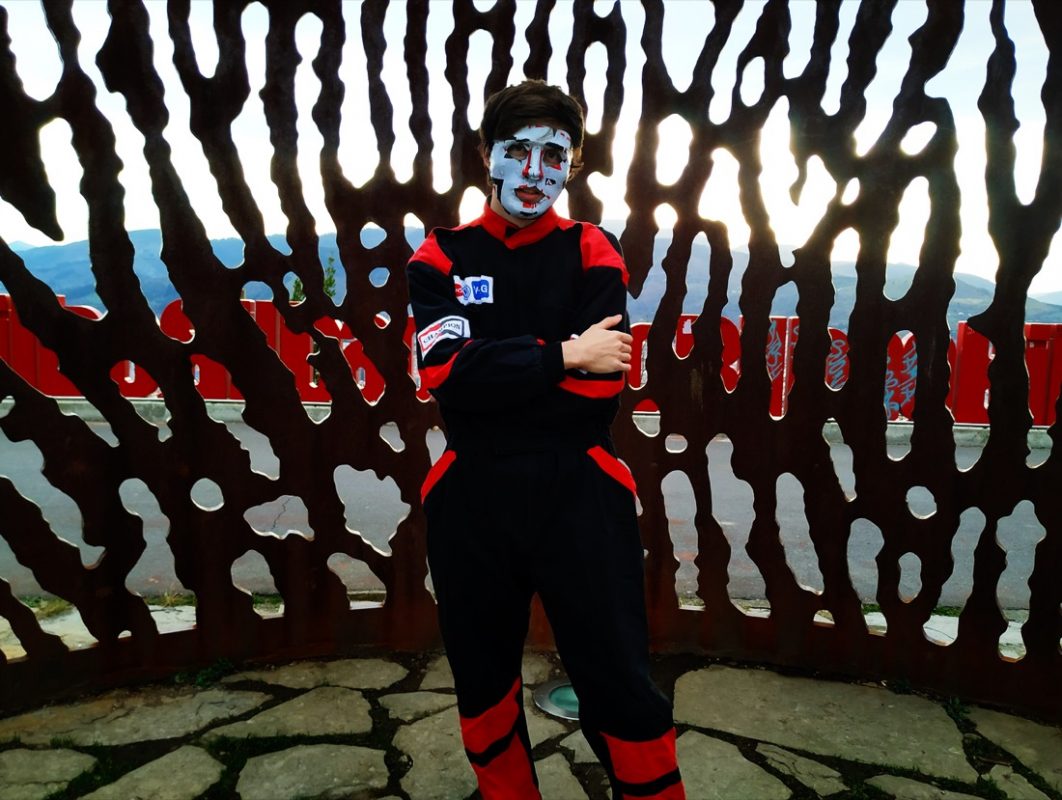 PDF is arguably the outsider of outsiders. His contribution has been a low-budget virtual reality of sorts – Pocketworld. It spans concept albums, a web series, music videos and an Andy Kaufman-esque podcast, which has included guests like Junior Brother and The Murder Capital.

His persona, he describes as an unreliable narrator and villain whose exploits often toe the line between reality and fiction with the best example being an ongoing feud with the band Soda Blonde that may or may not be real.

The weekend before the lockdown, we meet in a Starbucks on the quays. He is about to fly to Spain, and wears a Honda-brand white jumpsuit and mask covered in duct-tape. For twenty minutes, this goes unacknowledged.

“There are a lot of masked musicians going around Ireland at the moment,” he says, invoking Watchmen for a moment. “I do it because I like the privacy and it’s fun.” 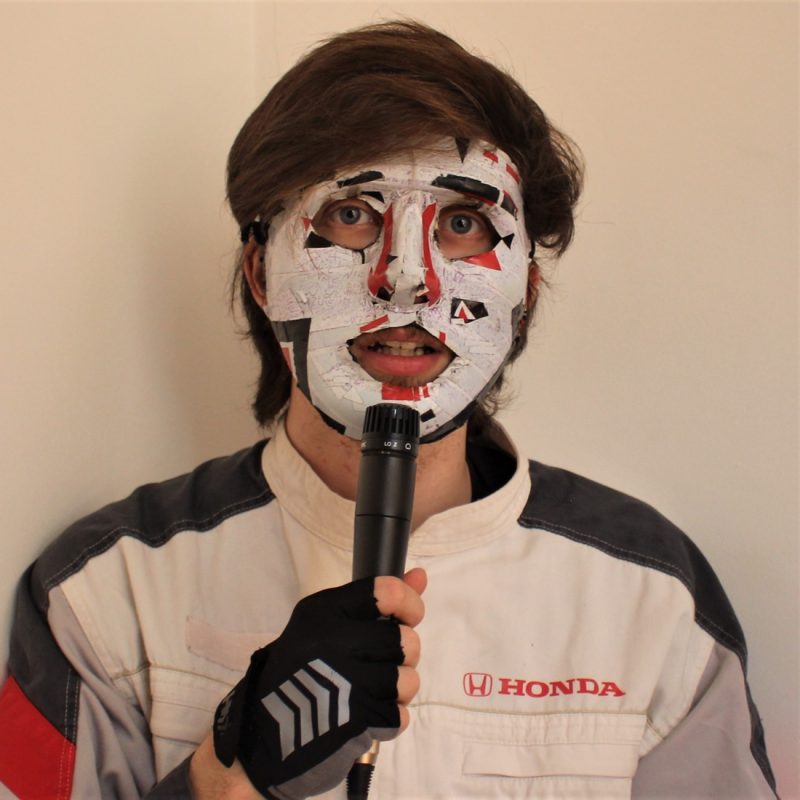 “The band I was in before wanted to play songs that were three minutes long and I always wanted to try breaking from that. Eventually I thought, I want to be doing the shit I want and just fail. I was so excited just to fail. I’m trying to simulate what it is like to be inside the noggin, and that’s why it’s podcasts and videos too. I can’t do one thing for too long.”

By late July, he is living in Granada and intends on staying there indefinitely. “I think it’s the best thing that ever happened to me. It’s shit of course, but in the professional sense, it’s forced me to do what I wanted to do with no more making of excuses.”

“For a lot of bands, they feel ‘aw shit, this quarantine has fucked me,’ but you know what they said in World War One: England’s difficulty is Ireland’s opportunity. That makes me accelerate ten times more. Forget what I did before, now we’re going to do a web series or a rant about cancel culture.” 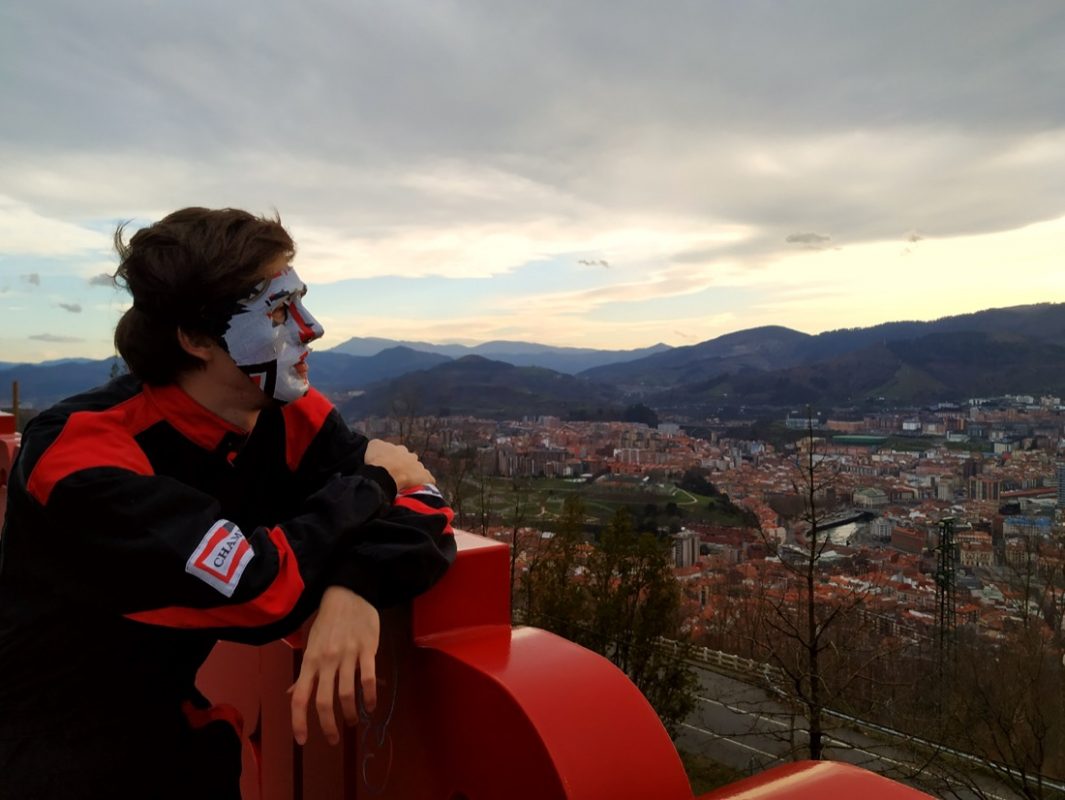 “I always had people telling me ‘no’. Unconstructive nos. So eventually it became: I’m going to just fucking do this and that. If it doesn’t work, I don’t care. At least I tried.”

The big question however is where to next? NITEFISH has been investigating how to do socially distant gigs. “I’ve been looking at bubble suits, hazmat suits, sumo-wrestling outfits.” PDF has gone all out on the podcast, using it as the outlet for every other aspect of his art. Toke O’Drift is preparing an album and a documentary on Dublin’s independent music scene. And KnifeFist set up a DJ collective, mid-quarantine, called Bitten Twice.

Alongside producers Rory Sweeney and Fomorian Vein, the collective’s plan is to release a compilation and work towards getting unconventional artists into Dublin’s clubs once they reopen. 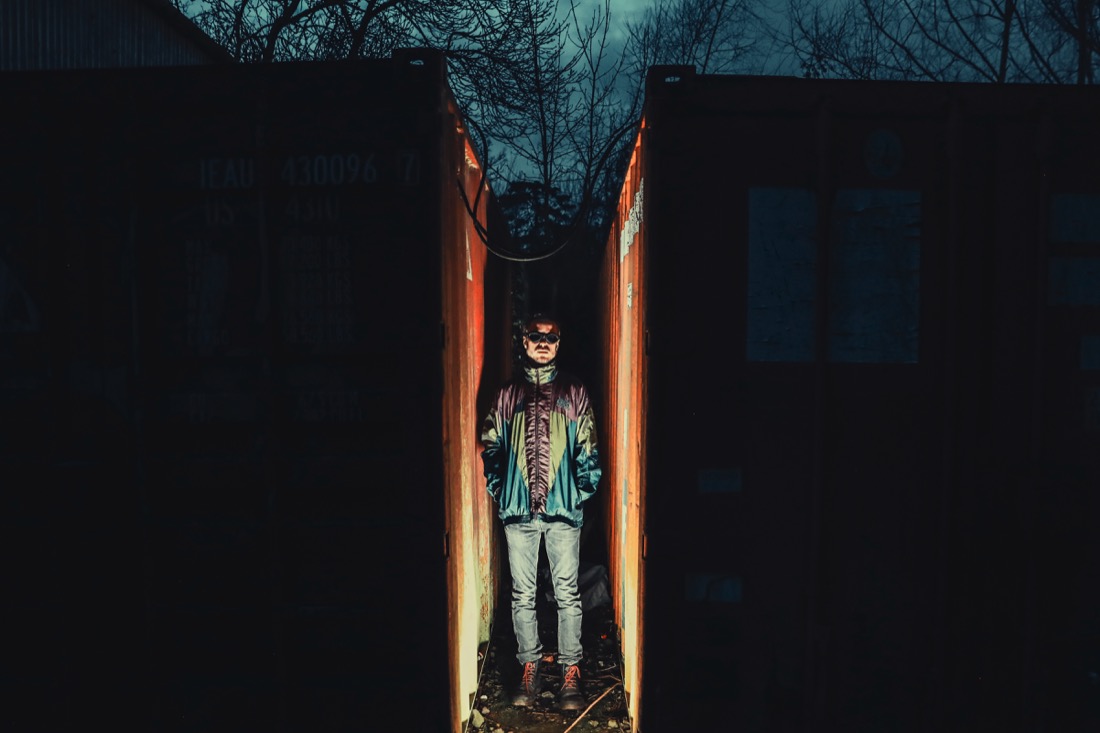 “There does need to be a threshold and standard,” KnifeFist says. “But I remember seeing one show in the States where instead of playing music, the band put Vaseline on their hands and wrestled the guitars, and I like places that give you the ability to craft silly things like that.”

And that expression of creative freedom gets to the heart of what drives the capital’s digital netherworld. It is raw, polarising and deranged, but compellingly cathartic in its mania. “The heart gets hard without something to believe in,” Knifefist bellows on his track Knob. “I set to freak the only way I believe in.”

Bitten Twice’s compilation album will be released on August 21.