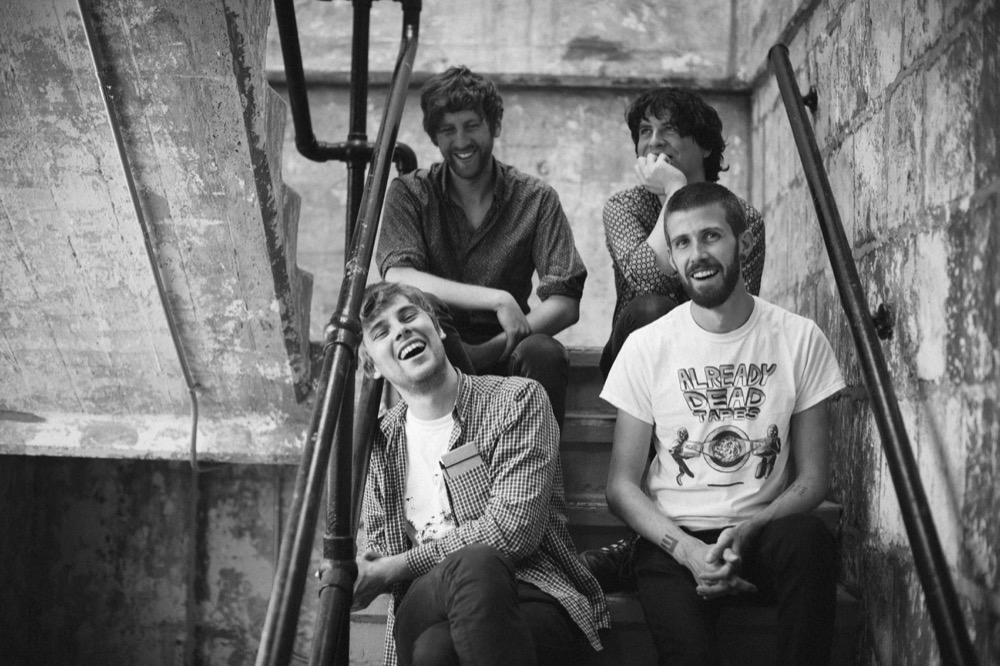 ” We learned that everything is a legitimate thing to do; be it weird or be it nice. I think maybe we felt a little more free to do stuff like that.”

The Talkies, Girl Band’s follow up to their lauded debut Holding Hands with Jamie, opens with the nearly two minutes’ worth of lead singer Dara Kiely trying to catch his breath. Who can blame him? The four years that have followed their first release have been nothing if not eventful. From toast of the underground to Rough Trade signees selling out 1000+ capacity venues; few would have pegged a band so peculiar in their vision, so caustic in tone and so studied in their refusal to take themselves too seriously, to garner such attention. Then came the widely reported health issues, cancelled tours and the rest. In a sense, it was only then – once the Dublin quartet had decided to take a step back from both the pressures and plaudits associated with critical darlingdom – that shit started to get really weird.

In their wake, a wave of young Irish bands began to materialise, each more eager than the last to wax lyrical on the potency of Girl Band’s influence. Sitting across from bassist/producer Daniel Fox and vocalist Dara Keily, the two are somewhat hesitant to engage too earnestly with the notion of being ‘influential, a concept that must feel all the more slippery considering its association with a period of relative inactivity. “It’s lovely. It’s really nice to hear that kind of stuff because we never really set out to influence anyone,” states Keily, before Fox continues; “I know what it feels like to be really into a band and love them and be influenced by them. So, for somebody to get that from our music is really gratifying. You can’t put too much stock in that stuff in terms of what you do yourself; it’s a nice thing but it’s going on outside our own world. I don’t think that kind of stuff has any influence on what we do and I don’t think it ever really did. We’re probably fairly insular – not on purpose – that’s just kind of what we’re like. Like, making music is such a selfish endeavour anyway that you just have to do what you like.”

Fox goes on, “That stuff [Girl Band’s influence] is kind of weird for us because, well it’s just weird to be the centre of attention. We went and toured a bit and put out some singles. We weren’t really doing that much that anyone else wasn’t doing anyway. But, we definitely tried really hard to get out of Ireland and that kind of worked. We were pretty young at the time and I feel like it might have made some people go ‘If they can do it, we can do it too’. That said, it wasn’t anything new, we hardly invented any wheels there.” 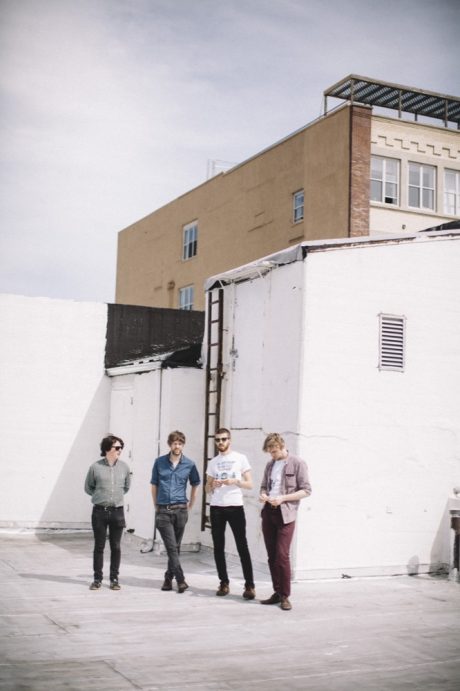 Visionary wheel inventors or otherwise, it would be foolhardy to suggest Kiely, Fox and bandmates Alan Faulkner and Alan Duggan were ploughing anything other than a furrow of their own making. Subversion and abstraction – in both instrumentation and lyrical content and delivery – have long been established as hallmarks of the Girl Band project. On The Talkies, Kiely takes these ideas to new extremes; adopting, as he does, a bold (and unique?)  approach to lyric writing. “I used to write really to the point lyrics, when I was younger and in our old band,” says Keily. “I’d always have a narrative of some sort with a beginning and an end. Then, I just found that kind of boring to do.” Keily pauses, “More so, I’m just not very good at it! With this album, I didn’t use any pronouns. There’s no I, You, He or She… That took fucking ages,” Keily laughs, seemingly genuinely amused at the thought in hindsight. “I found that it’s more fun and a lot more interesting to challenge yourself and put some constraints on it. For me, it’s very interesting to fuck around with the mundane nature of words. But the meaning will always come on after. I’ve never sat down and said ‘I’m going to write a song about this’ or anything like that. I get the melody first and then I get the stuff that fits into it and from there it’s up for anyone to interpret in their own way. Doing the no pronouns thing really helped me with going into a different world with it this time.”

This desire to do something radical, turning the conventions of writing and recording on their head, was mirrored in the recording of the instruments, as Fox elucidates; “Normally when we write, especially on the first record – we’d just be jamming it out in the practice space. This time, we wrote a good chunk of the record during a time where rehearsals were quite fragmented. We were going through a phase of demoing straight into the computer. Sometimes we’d have one rhythmic idea, record it and then build on top of that. Then, we’d cut it up on the computer and build on top of that. From there, we’d learn how to play that – the new configuration we came up with – and then we’d change that accordingly. So that approach, by proxy, kind of makes you come at the song from a different angle”.

So far, so weird. Yet, surprisingly, The Talkies also finds Kiely doing some of the most straight-ahead melodic singing we’ve heard from him. The throaty screaming is still present and correct. But, in a typical Girl Band reversal, there is something all the more disconcerting about hearing Kiely, for the want of a better way of putting it, behaving himself. 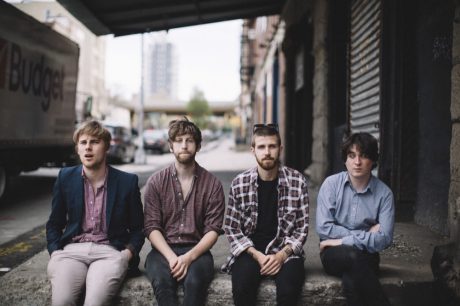 “Yeah, it’s weird isn’t it?” chortles Kiely before Fox carries on, “It felt to us that it would be more unexpected to do something slightly more conventional in a really weird context. Compared to on the first record, we probably felt more confident to do something a little more melodic and to step into that world without feeling like it’s fucking Champagne Supernova, you know what I mean? It’s not like we all just listen to Einstürzende Neubauten all day. As a band, we all listen to a very wide spread of music and lots of it is very pretty and nice. There’s probably a little bit more self-belief that it’s totally ok to explore that part of stuff. There are definitely sections of melody or prettiness. Dara can croon with the best of them. If you’ve got that card in your deck, you may as well use it. We learned that everything is a legitimate thing to do; be it weird or be it nice. I think maybe we felt a little more free to do stuff like that”.

Nice and/or pretty might be a bit of a stretch, but there’s no doubt that there is a lot more going on here than bald aggression – a yoke that is all too often forced around heavy music and one which never really fit Girl Band comfortably. “Heavy bands get described as ‘muscular’ or ‘destructive’ all the time,” says Fox. “I guess letting out aggression and stuff is interesting, because that type of emotion is generally not socially acceptable to express in public. Letting out aggression is generally a bad thing. [Music] is kind of a designated part of society to express that impulse. That said, I think our music says plenty of other stuff. For the most part, it avoids that. Like, Dara’s lyrics aren’t about being angry. We’re kind of a goodtime band!” “I’d rather see people dance at a gig than mosh, always!” adds Kiely with the conviction of man who is well and truly ready to celebrate and frankly, he’s got every reason to.

The Talkies is released on September 27 on Rough Trade.