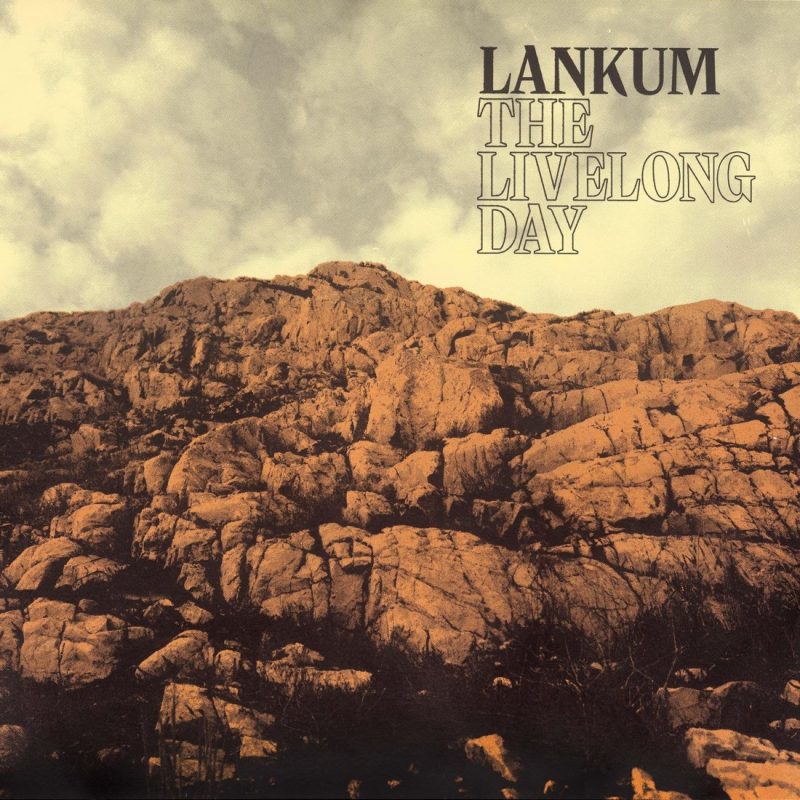 Dublin based photographer Ellius Grace tells us about matching the band’s unconventional approach to trad with his own distinctive style for their second album ‘The Livelong Day’.

The album cover is a screen printed photograph of a mysterious, dark mound. It’s a depiction of the Irish landscape, but not in an expected way. I wanted the cover to look like it could have been made at any time in history, because I think Lankum’s music also has that quality. The songs on this album draw from Irish mythology and trad music, but also from the sounds of punk and rock. We looked a lot of 70s metal and psychedelia record covers as inspiration, digging into how they were made and how that affected the colours and layouts they had. We then applied all of this influence to the themes and sounds of the album and that led us to the final design.

We chatted through a few different ideas originally for the treatment of the album cover, but I think we always knew we wanted it to break away from the norms of folk and traditional music visuals. Originally we looked at photographing the band in nature and having the photographs dark room printed in colour, a process which creates lush, deep images.

Ultimately though, we wanted to create something that was timeless and free from trappings of a certain year or genre to a certain extent. We decided that we wanted to actually hide the band in the landscape to a certain extent on the inside cover and let the image of this foreboding mound set the scene for the music. Screen printing the image allowed it to take on a more mysterious look, and I worked with designer Michael Speed to choose typography and layouts for the cover and record sleeves that spoke to this idea of texture, craft and history.

We photographed the album cover and press shots together in one evening up on Howth head. I had found some locations that reminded me of a mythological Irish landscape, mounds and formations that looked like they held many stories, and vegetation that was distinctly Irish, but not in a stereotypical way. We then chose a number of these images that would be screen printed with Gillian Henderson of Oh My Days. I split the images up into different plates, so different textures and areas of the images could be exposed onto multiple screens and be printed in their colours to create the final prints.

I wanted the whole album cover to be screen printed, with no digital overlays, so we had the typography designed and placed ahead of printing so it could be laid down as a layer itself. I think you can really tell that the whole thing is one piece, rather than an image with some text placed on top.