They Dare. They Dream. They Do. Seven ThisIsPopBaby Collaborators Share Their Connecting Stories 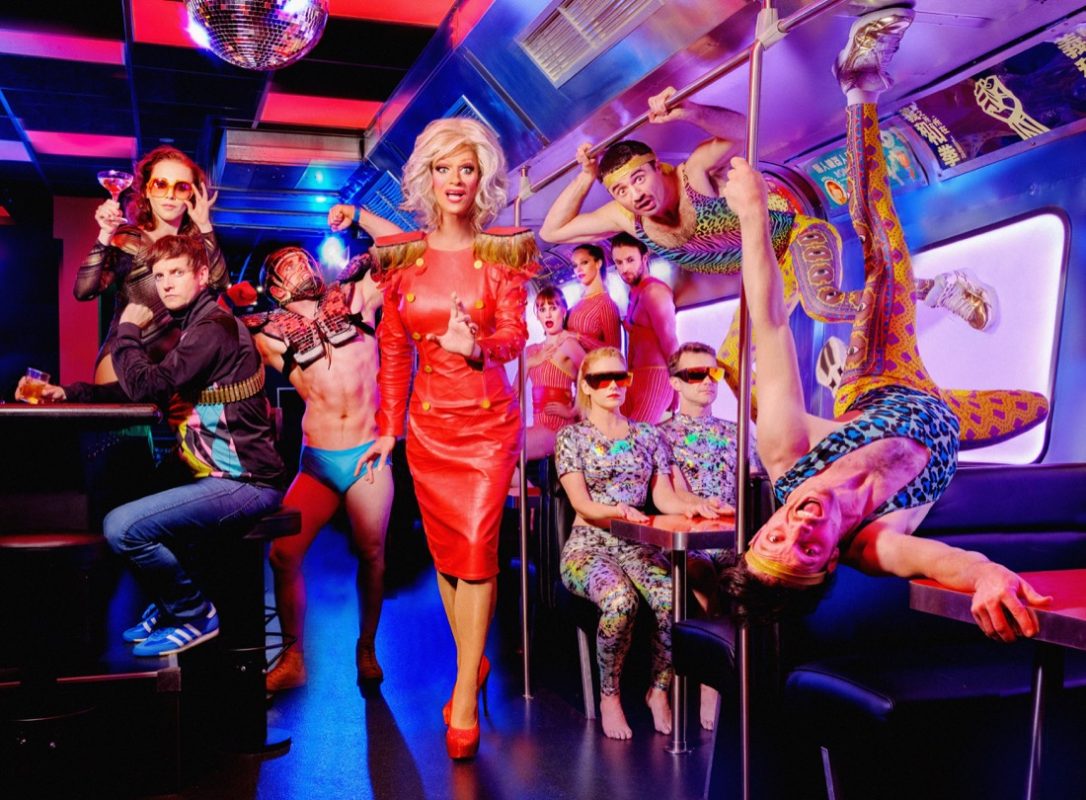 A handful of ThisIsPopBaby’s queer and colourful chosen family; the collaborators and co-conspirators who make it what it is, and help it do what it does so well, share their connecting stories.

It’s not a stretch to say that Phillip and Jenny changed my life. I owe them an enormous amount both personally and professionally – but I don’t think of them as professionals! Because working with them doesn’t feel like work. They’ve somehow managed to create an alternative hyper-colourised universe where you hang out with your weird best mates, conjuring up craic on the roll-over and waking up with glitter in your crevices – and then someone pays you for it and you feel guilty because this is your actual job.

But that’s only how it feels, because in truth they aren’t playing. They are smart, creative, thoughtful, hard-working, brilliant, do-ers, who are unbound by convention and make genre-hopping work that pulls off that magic thing of being both important and serious in intent, while also being entertaining and fun and seeming effortless. And they aren’t afraid to dream big, and never seem to run out of ideas or energy or projects.

To be honest, they’re exhausting! 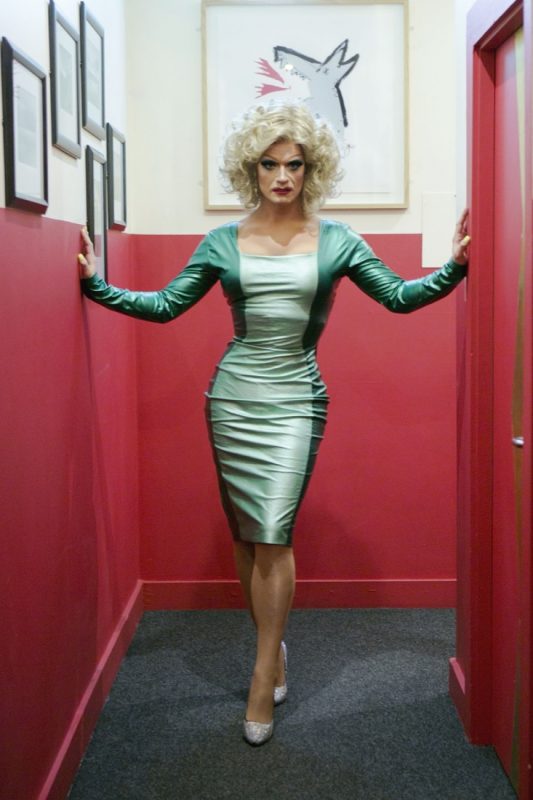 Phillip likes to tell the story that, one night in 2006, full of Dutch (Gold) courage, he went up to Panti in a club on Dame Street and said he wanted to make a show with her, and she turned around and said: “Who the fuck are you?” I can’t vouch for the veracity of that story because I don’t like to remember things, but if it is true, he must have had a good answer because we did make a show together (and many more after that one).

But of course Phillip always has a good answer, so I’m inclined to believe the story is true. And if it was Jenny telling the story, I wouldn’t dare doubt her.

I’ve worked with ThisIsPopBaby on four productions so far – All Over Town (2009), Trade (2011), I Am Tonie Walsh (2018) and Sure Look It, Fuck It (2019) – with another one coming down the tracks very soon. Why do I return again and again to a company that I’ve worked with more than any other over the past decade? 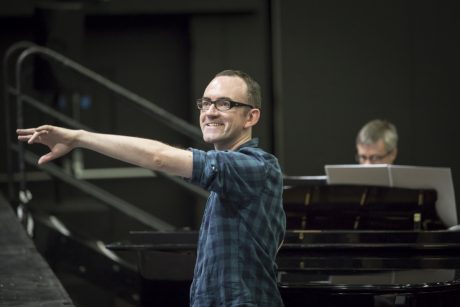 It might be the finger they have on the pulse of the nation, the sense of what artists are burning to make and what the public is hungry to see. The different kinds of performance that find a home in the ThisIsPopBaby tent, from quiet new drama to fierce cabaret, that become richer for being seen alongside each other. The trust they place in artists, their ferociously keen eyes for what makes good theatre and their determination for the people they work with to do their best and give their all. The way they understand that the best work takes time, the way they stick with an idea and don’t let it go when the going gets tough. The trust their audiences place in them. The deep seriousness that underpins all the fun. I hope I get to work with them forever.

What I’ve always loved about ThisIsPopBaby is the freshness they bring to their work and their clear prospective. They have attempted to create a body of work that marries formal innovation with the energy and aesthetic of club-culture – and they have been extraordinarily successful at it. The work has been, at times; brash, hilarious, heart-breaking, entertaining, political, challenging and also wildly popular. They have cultivated a new audience too and turned them on to theatre. And I have loved being an audience member for all this.

Perhaps, I might not be the most obvious choice as ThisIsPopBaby collaborator. However, Jenny and Philly have always been amazingly supportive of my work and the things I wish to write about. 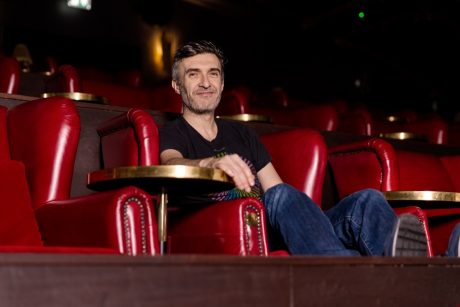 In 2011 they produced my play, Trade, at the Dublin Theatre festival. It was a delicate piece; a site-specific work, staged in a room of a functioning B&B on Great Denmark Street. To realise the work’s full potential the company put together an extraordinary team of designers, technicians, actors and director.

Their unequivocal understanding of what the play needed and how best to deliver that made the process a joy to be part of, and at the Theatre Awards the following year we won the award for Best New Play. Support and commitment to excellence are an all too rare commodity in this business and it is what marks out Jenny and Philip’s company.

This year they will be producing my new play, Conversations After Sex. The text itself has had a rather torturous development process but ThisIsPopBaby have remained completely committed to the work and what it is I hope to achieve. They really are a joy to work with. What more can I say?

I started working with ThisIsPopBaby in 2012. I was back-and-forth between Dublin and Barcelona at the time, but they got me in to be one of the cast members of Alice in Funderland at the Abbey, and it was the beginning of such an excellent and amazing experience.

One of the first things that it did was make me return to Ireland and live here permanently. I had never really considered doing that, as I had been away since I was 15 and that was quite a long time. I was really was amazed by the energy; that it was fresh, exciting, bright, and that there were new things happening. We were bringing musical theatre to the Abbey – I don’t think it was ever done before – but in a way that was not been done before. 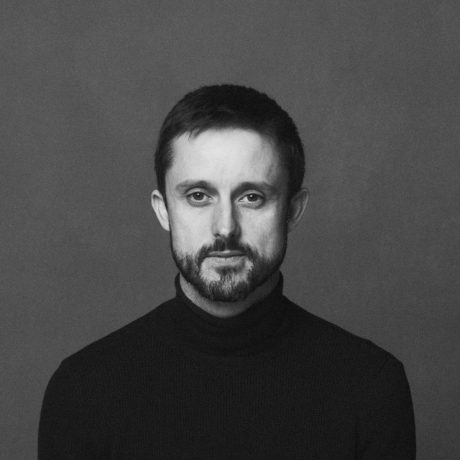 That finished and it just went on and on. I started choreographing for them as my own choreography work developed, and I felt I was part of this incredibly exciting and creative family, and that hasn’t changed. One of the things I love about Philly and Jenny and the ThisIsPopBaby team is the work ethic that exists in the room. It’s such a creative and collaborative space.

I don’t know if this all sounds like bullshit, but it’s genuinely how I feel. All of the projects I do with them, you never get tired of working with them. There’s such an energy, an infectious energy for getting in the room and making stuff happen. They put so much faith in you and really allow people to grow, it’s such a great thing. I’m very fond of them. I love them both. I’m very grateful for how they’ve inspired my work, and how they’ve let me help them.

I can’t take credit for inventing the type of mixed-media, multi-disciplinary event that was Elevator but it was unique for its time in Ireland, shook up the entertainment scene and was the making of the Ormond Multimedia Centre. And it was like honey to a bee for Jenny, so no surprise that our paths would cross again many years later and we would end up doing similar-themed events at Electric Picnic, etc. 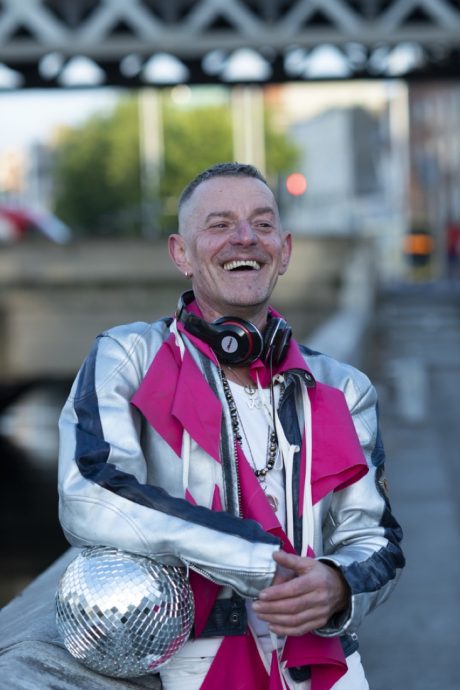 Philly McMahon would co-write my one man show, I Am Tonie Walsh, that ThisIsPopBaby premiered at Dublin’s Project Arts Centre in Winter 2018. When he first set me the task of writing my life story I couldn’t imagine how we could turn it into a coherent and compelling piece of [quite dark] theatre but that’s his extraordinary gift as a dramaturge.

Philly was the first person to call me “chicken”, aeons ago when he was moonlighting behind the bar in a wee speakeasy called Centre Stage on Parliament Street. I remember it quite clearly as he also pinched my arse and I devoted a paragraph to it in my journal.

Years later, he and Jenny got me to curate an exhibition on the history of LGBT Pride in Ireland. It went up as part of the Queer Notions cultural sidebar to Dublin Pride. That was about ten years ago. Such a brilliant and necessary intervention in public discourse, not unlike what ThisIsPopBaby has attempted with Where We Live. Not enough people are doing this type of utterly critical work and I laud them for it.

I was around for the very begging of ThisIsPopBaby, when the company was founded. It was myself, Philly and Jenny. I remember having long, brilliant conversations with both of them in Jenny’s kitchen in Rialto, planning and thinking about the future and what it might be like. I made decisions in my career that moved me in other directions, and they kept going with the company. Sometimes, I think, “shit, did I make the wrong decision?” 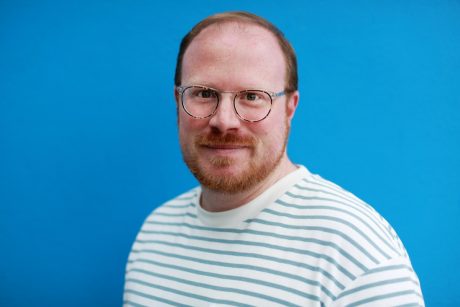 But actually, what I think it means for me is that I have this deep connection to their work – well, that’s how I feel it anyway, I feel really proud to have been there from beginning and now to be able to work with them in other ways. It’s really brilliant to be able to present their work at Project, where I can provide a space for them to do something. And also then to just be a fan and see the work, and see things like Alice in Funderland, Riot or Where We Live be fab. I love them.

They also really helped me, from my time working with them, and seeing their work, to understand the world better, and to understand myself better. It was a real privilege to have that experience of them, the stories they tell, the way they shape stories. It was really formative for me.

I’m an actress that has been working away in [mostly] theatre since 2009. I feel like I have been in a closet for a long time with a lot of imaginings. Full of rhymes and songs and expressions and images that I wondered, “Jesus Christ. Am I mental or is this stuff for artistic realisation somewhere?” It turns out that [it] could be realised in the place I would soon call a creative home: ThisIsPopBaby.

ThisIsPopBaby allowed me to workshop what I wondered was worth workshopping in the first place. They heard it, showed it, asked me the story it could really be, and made me realise that sometimes what you think you are wondering about alone is what your whole generation might be wondering about – and we will allow you the arena to explore that in. 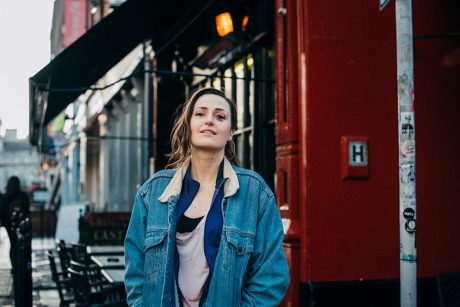 They pushed me to become the performer I have always aimed to be and reach the hearts of the audience I have dreamed of connecting with for so long; my contemporaries and beyond. They allow the new voices to find their voice and send something out into the atmosphere that is not ‘right’ or ‘marketable’ but fucking TRUE and passionate, and of this moment and also… just good craic.

They remind Dublin and beyond that live entertainment is able to do it all. I am so grateful to be part of this team. They dare. They dream. They do.