The Threads That Bind: Snáithe

When Irish fashion circles first caught wind of a documentary series charting the sector’s manifold but undersold facets, a feverish excitement ensued. Despite the strides of many a designer, most overseas commentary tends to portray Ireland as a country sans dress sense or intrinsic taste, whose all-too-rare sartorial triumphs are hitched to all-too-few talented escapees. As I have come to discover, such canards are not confined to foreign chatter.

The 2018 arrival of said docuseries, Snáithe (whose title as Gaeilge, signifying ‘thread’, reveals the show’s TG4 ties), thus proved essential on two fronts: from the outset of its first episode, which deep-dived into that dress sense debate, Irish Design advocates – be they consumers, critics or both – found themselves galvanised, whilst naysayers were graciously schooled. Dialogue-sparking topics, ranging from menswear to silk weavers, were pondered by a spirited cast of interviewees; their enthusiasm bolstered by presenter Ciara O’Doherty’s thoughtful prompts. 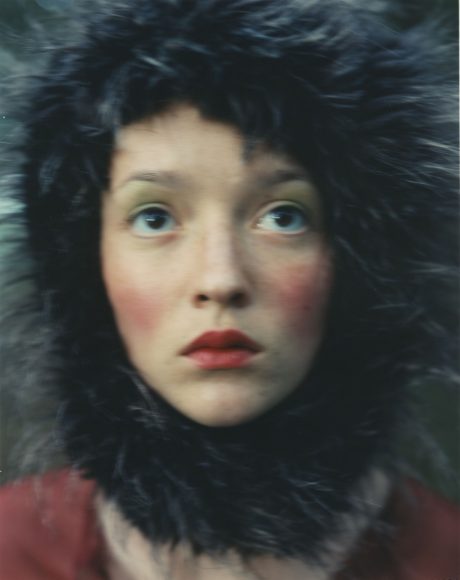 Never before, to the best of my knowledge, had such subjects been teased out and televised on Irish shores; never before had clothing’s ties to identity formation, alongside its natural shaping of social history, been examined in contexts so local to us, evincing fashion as far more than the sum of its parts. Having devoured each half-hour instalment during its initial six-week run, I completed the series with zero doubt that Snáithe’s triple-threat creator, producer and director, Ciara Nic Chormaic, was a groundbreaking force for good – her passionate approach setting the filmic portrayal of Irish fashion on a game-changing course.

When Nic Chormaic and I finally crossed paths, exactly two years after Snáithe first erupted onto screens, her soft-spoken reflections were a breath of a fresh air. After 24 months of tireless praise, you’d have forgiven someone for a slight ego swell, but no chance – over the course of our conversation, she never once deviates from quiet confidence. In some ways, Nic Chormaic had been researching for Snáithe her whole life: “I’ve always been interested in the art of fashion, expression, identity – for a long time, I’ve been thinking about it as a subject to explore. I’ve been working in documentaries for 15 years. I worked as a researcher before I became a producer and so, over the years, I would’ve worked on gathering ideas, telling stories. Any time I read about an Irish designer in the past or present, I’d file their name away in my brain.” 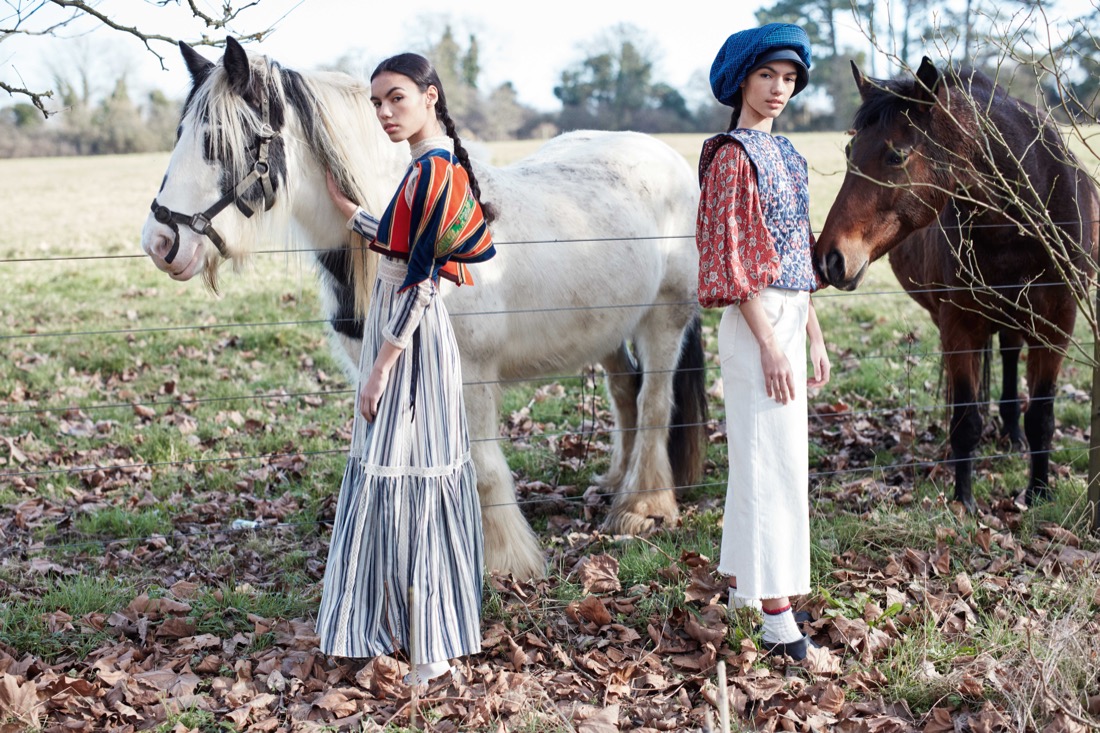 Having witnessed dismissive attitudes and stereotyping of fashion first-hand, Nic Chormaic was keen to cook up an antidote. “I love how clothes can be a way of presenting how you’re feeling one day, or how they take on a protective nature another day. Because people think of fashion [here] as part of entertainment/style programmes, Snáithe wasn’t the easiest thing to pitch – fashion was harder to sell as a subject, even though there are lots of different themes to explore.”

It’s somewhat staggering to think that Snáithe was Nic Chormaic’s directorial debut. Each masterful episode fuses archive footage with insightful, contemporary interviews, each clip attesting to our fertile fashion heritage. Among the diverse figures featured is Perry Ogden – a pioneering fashion photographer, film-maker and veritable Hibernophile, whose arresting work was rooted in ‘realness’ decades before such terms turned buzzy. 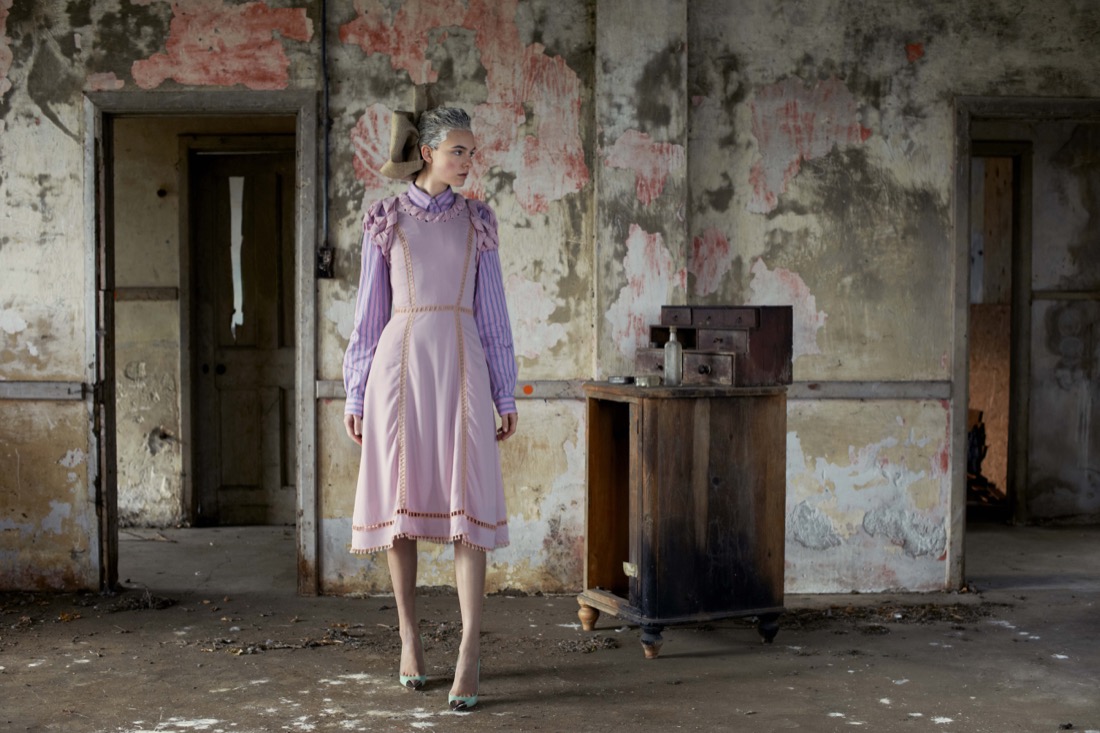 Nic Chormaic recalls the natural affinity they both felt whilst shooting. “I knew Perry’s work well before Snáithe, obviously – he’d been in my crosshairs for a while,” she chuckles. “The two of us hit it off so well, and I know it’s a word that’s used and reused but, his photographs are just so authentic… so beautiful.” Whilst in the throes of editing, an excerpt from Ogden’s interview struck her. He said that, in fashion, in style, in beauty, we all have a different sense of what is beautiful, and that sense shouldn’t be dictated to by glossy magazines. It was a big takeaway for me – the line of the series, really. What he said just sums it up: he challenges notions of beauty in his work, which I love.”

Soon after Snáithe wrapped, Nic Chormaic spent some time in Ogden’s studio discussing the sheer subjectivity of beauty, whilst surrounded by “so many boxes” filled with the photographer’s expansive portfolio. She was ultimately spurred on to “tell him that I’d love to make a film about him, exploring, through his work, fashion photography as an art form, as that’s something I feel so passionately about.” On Ogden’s side, he welcomed another chance to collaborate: “When Ciara came to me and said she’d be interested in making a film about me and my work, I thought that sounded fantastic. I could go off and make my own film about myself, and that would be another thing but, I trusted that Ciara – from having seen her work and the experience of Snáithe, which I thought was a really great documentary series – would do something really interesting.” 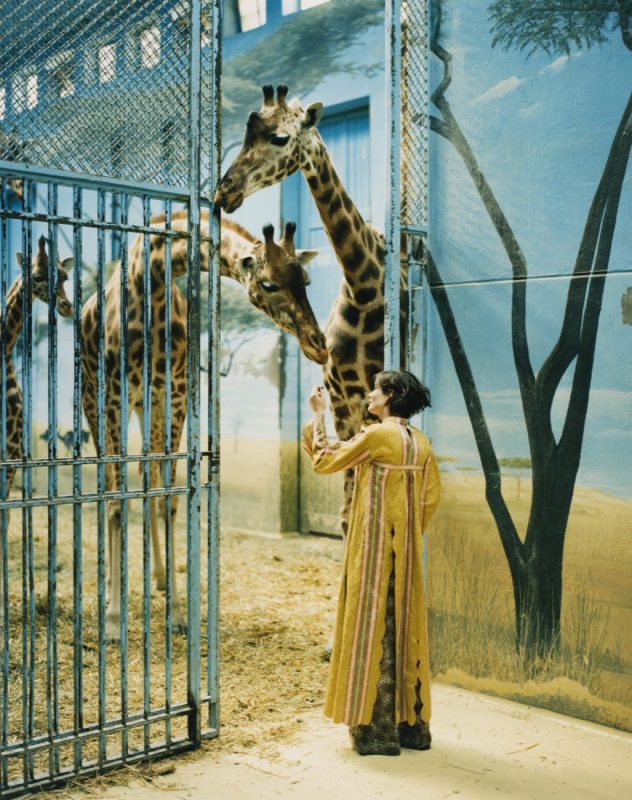 One Reel Art award, several fashion shoots and countless studio chats later, Skin+Soul – a 60 minute meander through Ogden’s enrapturing work – premiered earlier this year at the Dublin International Film Festival. Even those fairly familiar with the photographer’s renowned projects – all of which replete with understated, tangible beauty – will marvel at the sheer breadth of his output thus far and relish the anecdotes that snake through each series of photographs. Who else but Ogden can rightfully claim to have interviewed Diana Vreeland before wrapping his last year of school, or to have scored recurrent campaign work with Ralph Lauren on the back of photos he’d taken of his Connemara neighbours?

Much like Nic Chormaic, however, Ogden’s tone is modest to a fault; his every creative move fuelled by an inherent fascination with people over product. “For me, it’s always been important to use ‘real people’, as opposed to models, as much as I can,” he muses. “Sometimes it’s horses for courses in terms of what you’re doing. I’ve always loved the street: growing up in London, I was about 15 when Punk happened, which was a huge thing, and Punk was on the street. So, for me, it’s always been a touchstone.”

For a native Londoner who, by his own admission, despised going to the countryside as a teenager, Ogden’s ardent love for Ireland, especially the West, is serendipitous. “I’d always wanted to come here, but my knowledge of Ireland was very much ‘The Troubles, Beckett, and some sense that the West of Ireland was a romantic place’. Those were my references when I first came over in ‘85, to do a recce for a possible shoot. I was living in New York then, so [Ireland] was such a different place. I remember there was only one motorway at the time! But no, it was quite magical for me. Everything was exciting, I quickly felt very at home.”

Skin+Soul, much like its starring subject, is bereft of gimmicks or tricks. It lucidly captures a photographer who is leaps and bounds ahead of his time, who worked against the grain (or rather gloss) of archetypal fashion shoots to produce something altogether more authentic, appealing even to those usually unfazed by this sector’s machinations. Through his characterful lens, high-fashion stories turn from aspirational, distant illusions to evocative, tangible spreads; the latter sprinkled with just enough fantasy. 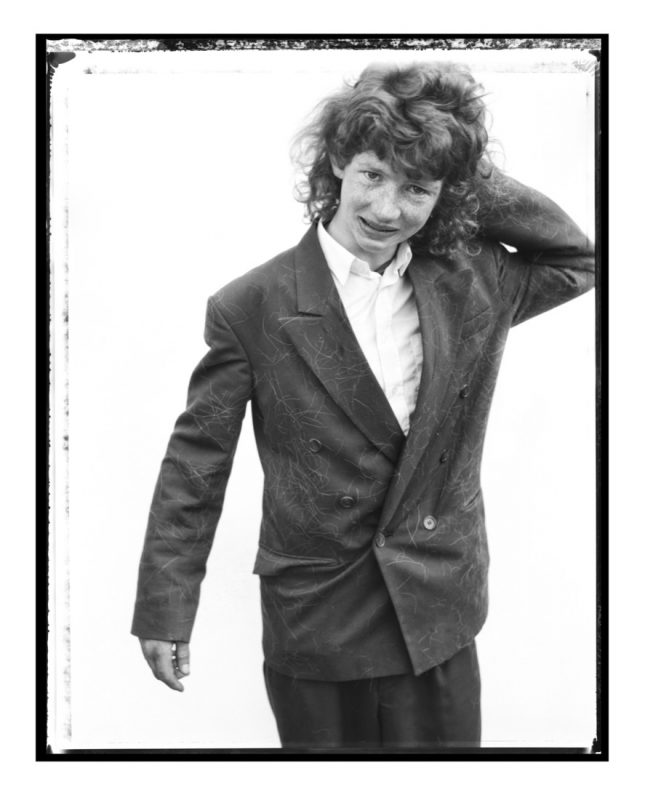 Whether he’s capturing the Pony Kids of Dublin 7’s housing estates or photographing at Navajo reservations near Monument Valley, Ogden’s subjects – many of whom, plucked straight from the street, have never previously modelled – exude depth and personality, each transcending a model’s archetypal role as clotheshorse or vessel.

Another snippet from his Snáithe interview testifies thus: “I like models to look as if they’ve dressed themselves; as if they’re a character.” Lest one think he may infringe upon these cultures and communities, nothing could be further from the truth – through watching him weave these visual narratives, one gleans a strong sense of the respect and compassion that colours his craft. As he calmly, if resolutely, remarks near the start of the film, “I’ve always been on the side of the socially marginalised.”

For someone who has spent a sizeable percentage of his life behind the lens, Ogden seems incredibly at ease in front of one – though when I voice this thought, he stresses that Ni Chormaic and her crew should take full credit. “I hate being photographed, so it was a challenge! But Ciara had a great team of people – they made me very comfortable. It’s that whole thing of being in front of the camera for a change, and not particularly enjoying that, but they all made it very easy for me.” 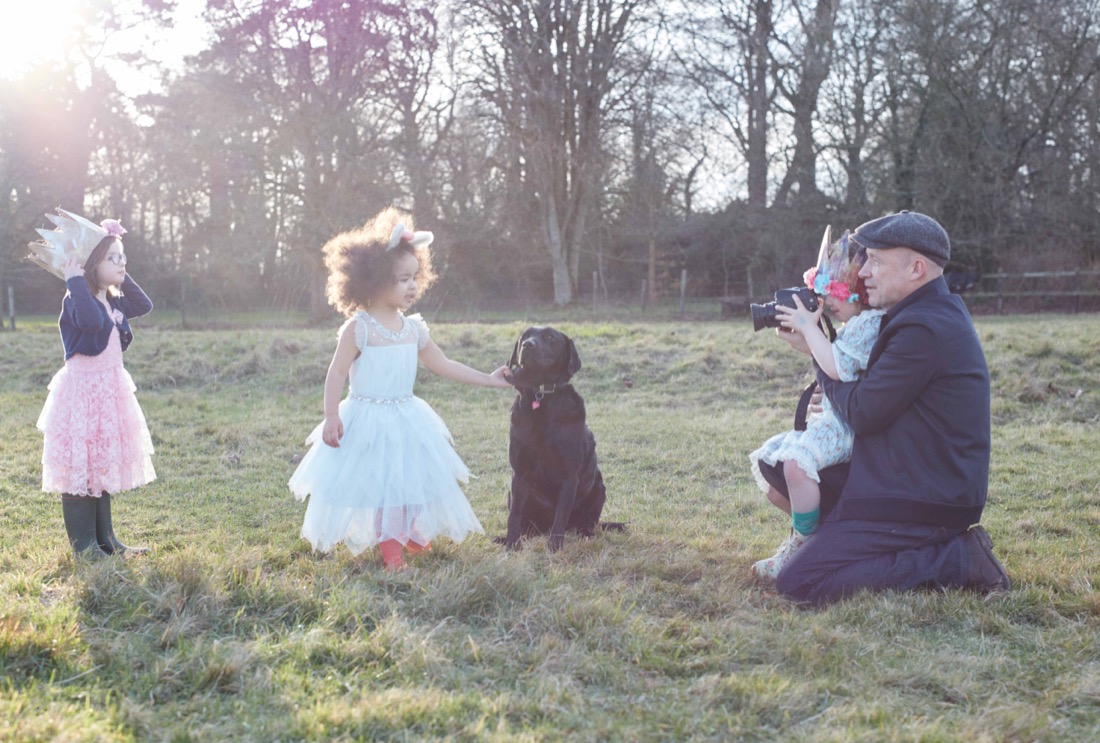 Ni Chormaic, for her part, is filled with praise for her latest subject: “It’s an absolute pleasure to have made a film about Perry, because he is very giving, very trusting, very open. I suppose we’d have quite similar aesthetics, so we worked well together in that way – and of course, the crew were as much a part of the process, like Colm Hogan (DOP), Sharon Whooley (Producer). It was a very easy shoot, as we all got on.”

For those yet to experience Skin+Soul’s subtle brilliance, I will stop myself short of spoiling all; instead leaving you with a drop of Nic Chormaic’s infectious fervour. “The junction between fashion and art is something that’ll always fascinate and excite me. I think I’ll always continue to make films – or try to get films made – that circle around that theme. It’s very rich, so that’s where my heart lies; be it a topic or an individual, a designer, or diving back into history again… I have lots of different ideas!”