The Best Places to Enjoy Bingo in Dublin 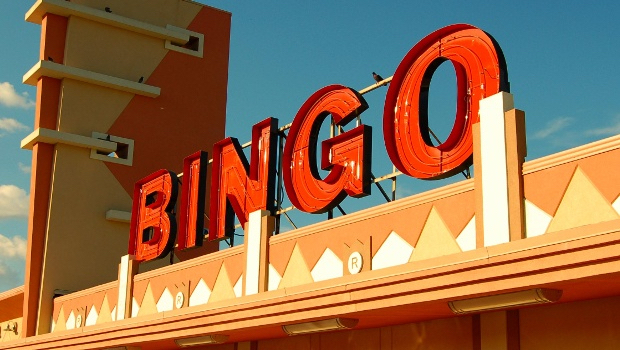 The ticking off the number on your card… the waiting for that last number to be called out… the build-up of tension as you move closer towards it… That’s bingo and the game has been a hit in Ireland ever since its early days when church bingo triggered the craze and the Gael Linn organisation helped to popularise it further when they tried to promote the Irish language. Some businesses have added new twists to the game, but the excitement remains the same.

This nightclub in Dublin is possibly one of the most famous venues in the whole of Ireland when it comes to holding bingo. Firstly, the club is the oldest and most famous gay bar/nightclub in the city and has been open for more than 36 years. Then there’s the fact that it operates the longest running club night on the gay scene, its Bingo With Shirley Temple Bar night, which combines cabaret with bingo. Attend this gay bingo night, which itself has been running for more than 20 years, and you’re in for a night you’ll never forget.

The name ‘Caesar’s Palace’ might conjure up images of flashing lights and images of tuxedo-clad players putting their last million’s worth of chips on a roll of the roulette wheel and coming up trumps, but Caesar’s Palace here means the casino of the same in Salthill, Galway. That doesn’t make it any less impressive than its Las Vegas counterpart, though. The bingo hall accommodates more than 200 people and players can choose book-based or electronic bingo. Who needs Vegas when you can have it right here on your doorstep?

The Jack Potts chain has four different bingo halls in Dublin: Cabra, Crumlin, Whitehall and Tallaght. You can be sure of a fine bingo playing experience at all of them. The Cabra has renovated both its interior and exterior and offers electronic or book-based bingo and on-street parking.

The Star Crumlin offers players that little bit extra with free bingo on Monday nights, which seems like a sensible choice considering the competition they face online with sites like Bingoport offering no deposit bingo. There is no doubt that bingo halls have been struggling in recent times, largely due to the online game gaining popularity. However, Jack Potts is a fabulous bingo club has also benefited from a renovation outside and inside. A new chef also took over the café, so the catering at the club is extra delicious, especially the cream cakes.

Q’s Snooker Club is in Clondalkin and is chiefly a snooker club. The facility is 18 000 squared feet and enjoys immense popularity. The bingo materialised when the owners were looking for a way to diversify because during the summer, the snooker was less popular as customers would stay out to enjoy the warm weather or go away on holiday. They (the owners) took a section of the building and decided to host bingo nights in it. It was a popular decision.

National Stadium Bingo does more or less what it says on the tin. It’s a bingo night that takes place in the city’s national stadium, which covers 17 000 squared feet and is the home of Irish boxing. The stadium itself was purpose-built for boxing but also hosts concerts and has seating for 2 000, although the average number of players on bingo nights is somewhere between 550 and 800 players.

If bingo’s your thing, you certainly won’t be stuck for a game in Ireland, especially in Dublin. You can play at dedicated bingo halls such as Caesar’s Palace, in Galway, or you can go for something that little bit different and play gay bingo at The George, enjoy a bingo night at Q’s Snooker Club or play down at the National Stadium, where you don’t only see winners in the ring but also at the bingo tables.