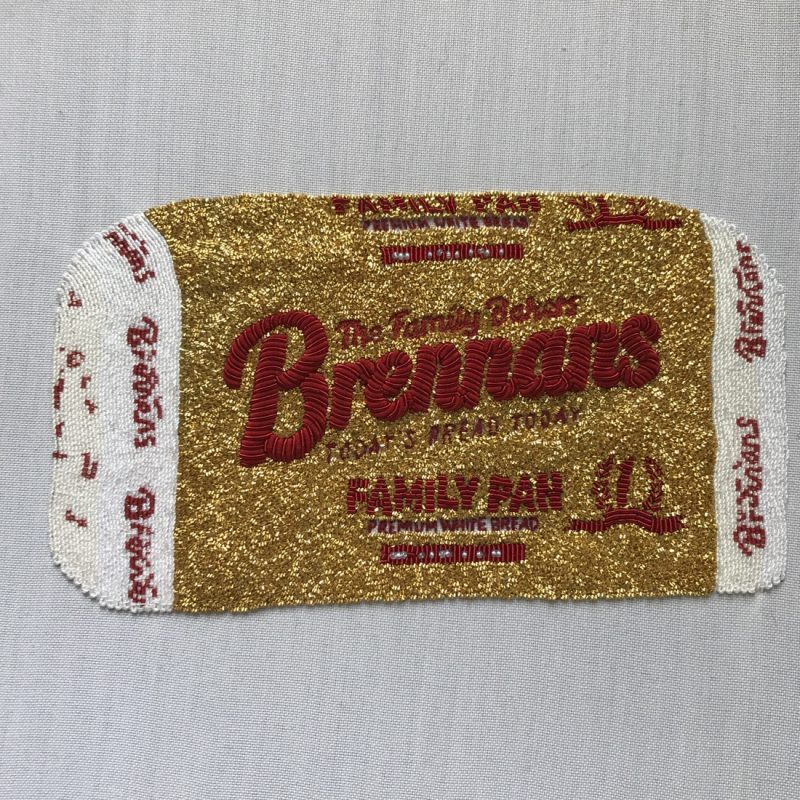 Brennan’s, Tayto and Kerrygold are three of the most distinctive Irish brands in existence. They don’t merely satiate hunger but evoke memories and feel like the fabric of being Irish. Now they’re also part of Sorcha O’Raw’s goldwork series.

“As a technique it oozes decadence and is a clear symbol of the value of whatever it depicts. Historically used by the military and the church to communicate their wealth and power, I’ve been using it to try and communicate a kind of emotional wealth, looking at what we as a country value most.” 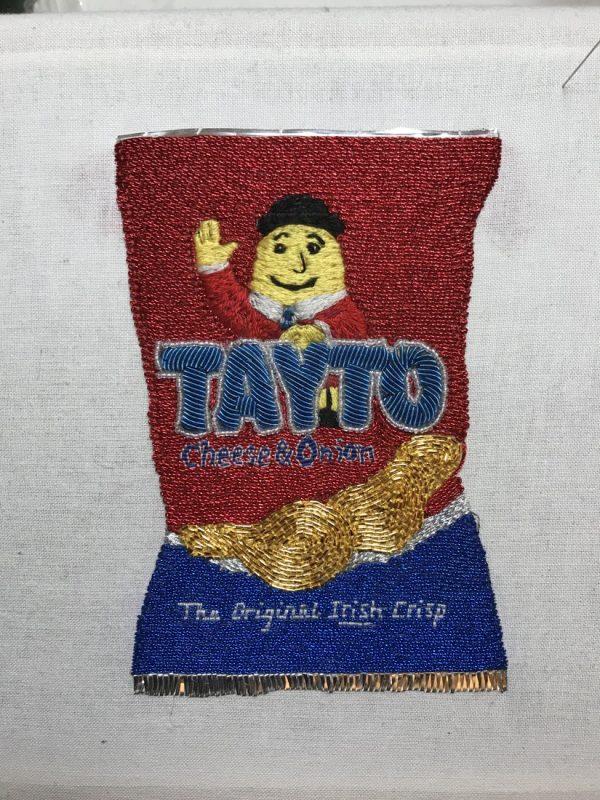 While she’s had commissions, she’s not quitting the day job as a tailor in the Levis Store on Grafton Street and is going back to do a Masters in Cultural Policy and Arts Management in UCD in September.

“My idol in the embroidery world is definitely Katie Tume a.k.a Mother Eagle. She does that most divine portraits of endangered and extinct animals.”