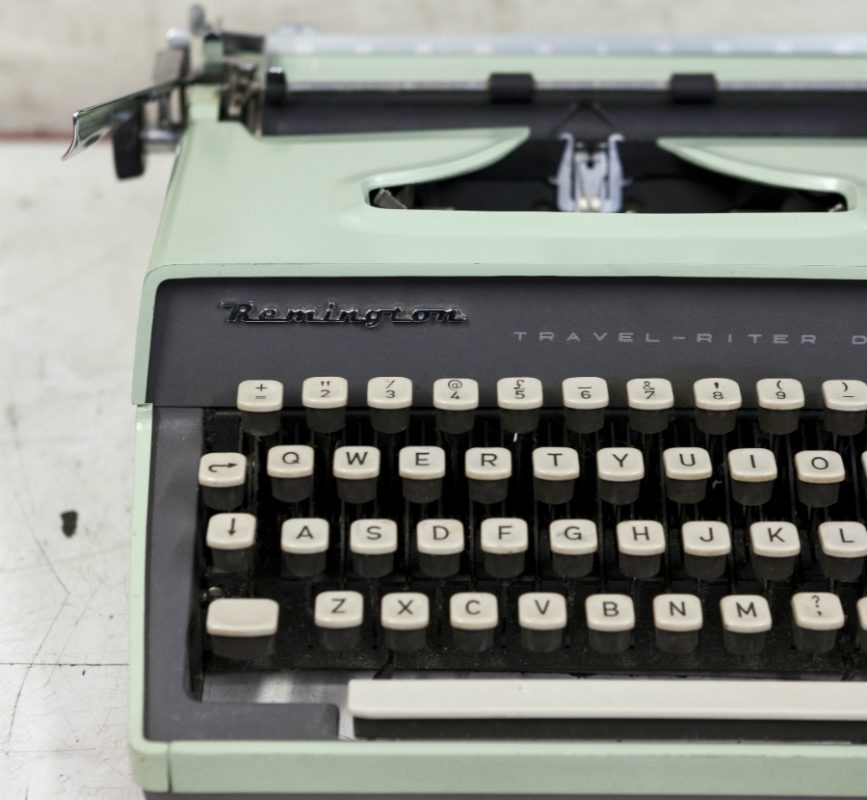 “I started my operations here back in 1984. I first began working as a typewriter mechanic at Remington’s. I got into it, really, because I was a lad looking for a job. Then Remington ceased, and I started out on my own. Joe Jr. used to travel with me down the country, around the whole of Ireland, to see my clients – his personal interest grew from there. He’s always been mechanically-minded, but he later went to AnCo – a government training facility – for eight months. He already knew his way around the electronic machines, even though he was 16 and the youngest in my class, but AnCo showed him the mechanic machinery.

“The only typewriter manufacturers still existing are based in China, but they deal in new electronic typewriters. Nobody is making mechanical ones anymore. The mechanical machines we’d get in to repair are at least 60 years old – a number of pre-war machines have been dropped in to us. The youngest mechanical typewriter in the world would have been made between 1980-85. You can never be sure of how long it’ll take to repair each one, it’s very hard to validate a time – they couldn’t be repaired by a computer in the way that every electronic machine now is. Sometimes a typewriter can’t be repaired – it all depends on the availability of parts for machines. You have to carry out very rigid inspections to see what’s wrong.

“We also have to craft our own tools, since no-one is making tools to repair typewriters any longer – we’d make bits and pieces for machines as well, to get them functioning again. The tools we would usually create would be “benders”, or “twisters”, for getting into niche parts of a machine. Anything we produce is made at random – it’s always trial-and-error. I’d have a few tools that I would’ve had on the go for 30, 35 years. We even use medical tweezers for holding certain screws and tweezers in place.

“It can be so frustratingly simple when we know how to make [a part of a machine], but we don’t have the equipment for it. We get some parts welded also, though again, they’re a dying breed as well. A fella we knew had fabrication houses but they went out of business – there wasn’t the demand.

“Some of these typewriters just get a couple of chances to be repaired correctly – you don’t get a third try to fix them. If you get a frame broken in a machine, the only solution is to get something welded – but if they don’t get the process exactly right on the first or second try, they won’t get a third chance, and there’s very few that are capable.

“The oldest typewriter we’ve tried to repair is in our workshop, and is dated at 1893. We hire the oldest machines out to film sets: some of them are just props, but some of them function 100%. Film people give you a moment’s notice – everything is on short lease. They might want something for tomorrow – but it’s not so straightforward when the machine could be 70 or 80 years of age.

“One memorable moment was handling the typewriter that Michael Collins used, that was one of the most prestigious machines we’d come across. That was brought in about ten years ago by a great-grandson of his. He was very careful that we had a safe place to lock the machine up after hours. It wouldn’t be used that much, the typewriter was just brought in for oiling. It was definitely his, alright – the time period he’s meant to have bought it and the time period of the machine matches up perfectly. Unlike the various alleged items of Michael Collins coming up for auction over the years – he must have had a lot of revolvers.. One time, another supposed typewriter of his was brought to my attention when it went up for auction – but Collins would have been dead by the time it was manufactured! 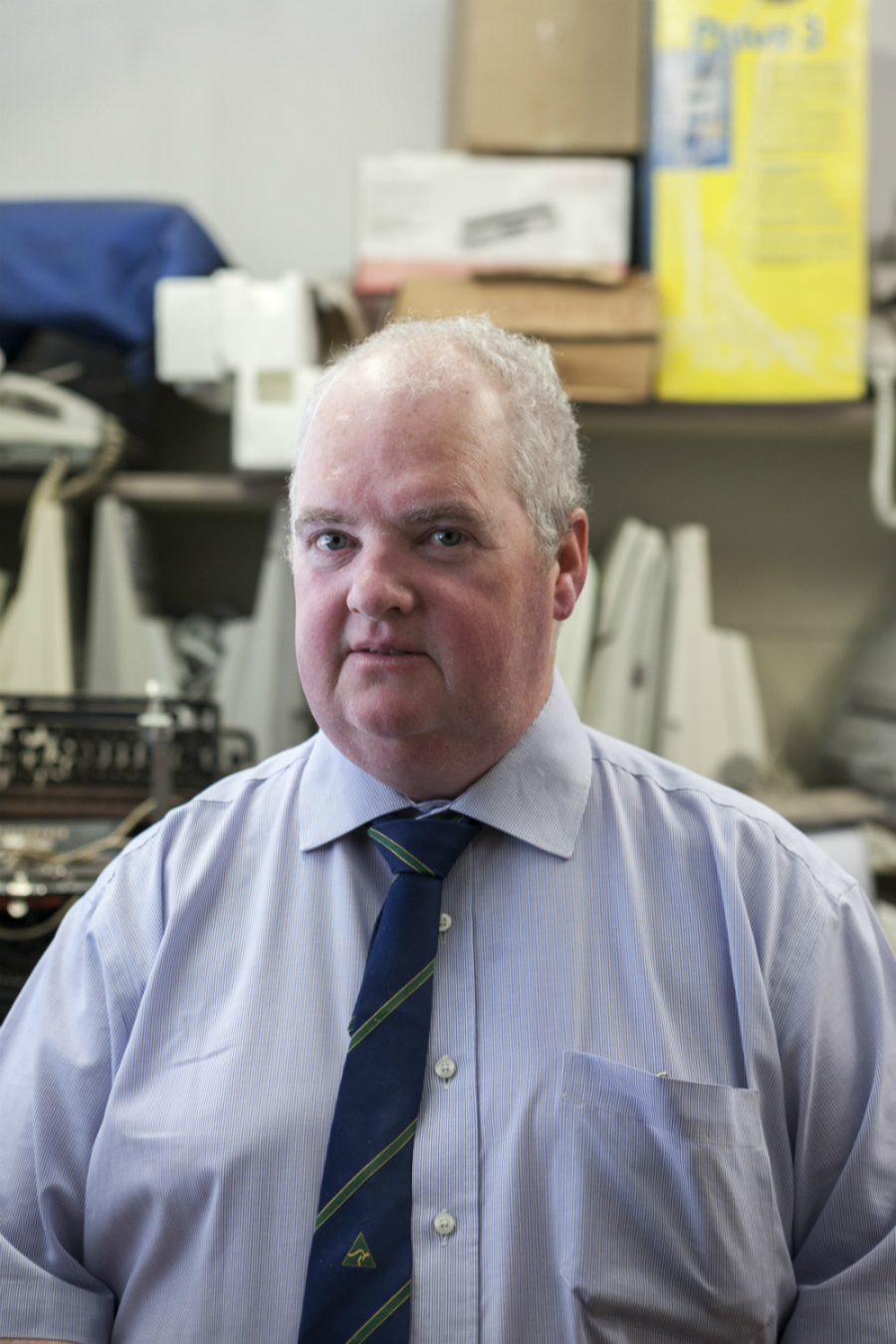 “Many machines we get in for repair are machines that were serviced maybe 15 to 20 years ago. All of a sudden they’re needed – they’re taken down off the shelf, dusted off, and the owners wonder why they don’t work? When these machines are properly serviced, they last for ages.

“Sourcing spare parts for 20+ year old machines is a big problem. Everything has to be cannibalised – i.e taking parts from one machine to fix up another one – or touted around for parts off different dealers around the United Kingdom, or Europe. Any parts that companies can’t sell in six months’ time, the manufacturer doesn’t get enough money from – so they stop making them. Certain cartridges for printers aren’t even being produced because of that, so you have to buy a brand-new printer, companies don’t want to deal with the old ones. Whether it’s that, or televisions or washing machines, they have a brand-new motto – sling it out and get a new one. No more fixing.

“We do love this craft. You really have to like it, as I have done with typewriters – I’ve been following the history of them as well, collecting documents that are mostly no longer sold on the huge variety of models produced. It’s fascinating to think that suffragettes of the late 1800s and 1900s excelled in their fight for females through the medium of the typewriter – it played a huge role in their progression.

“You have to have patience when you’re doing the repairs. We often have to leave machines aside if something has come in that’s proving difficult to repair, and we go back to them after we’ve figured out how to approach them; what best route there is to go down. Although we’re coming to the end of an era with typewriters, you do get young people coming in that are interested in the machines. Alongside that, we get a lot of trade from the business community – many of them still operate typewriters, as they have to keep them for various forms. That results in a large percentage of our day-to-day business, really.

“It’s just the two of us that keep up operations. We couldn’t have any apprentices in, as there’s nobody trained for the typewriting trade, and no facilities available to train them. When Joe Jr. started, you would have had a range of companies offering training – you could go into their premises, and show you the machines and how they worked, how to take them asunder. Every brand is different – you have to know how to handle typewriters of every single major company. 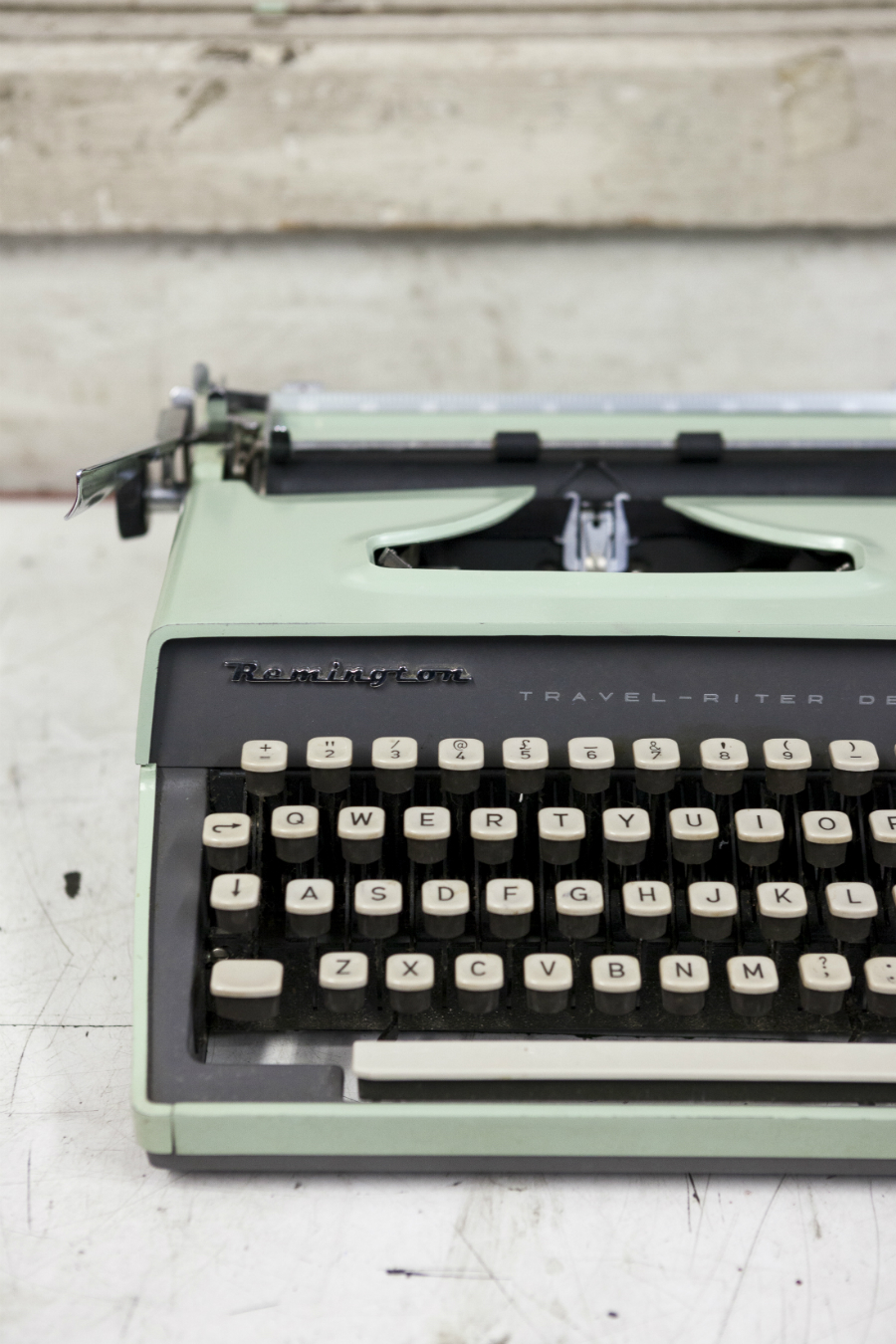 With typewriter manufacturing coming to a halt in the 90s, there simply aren’t enough typewriters left to repair.”