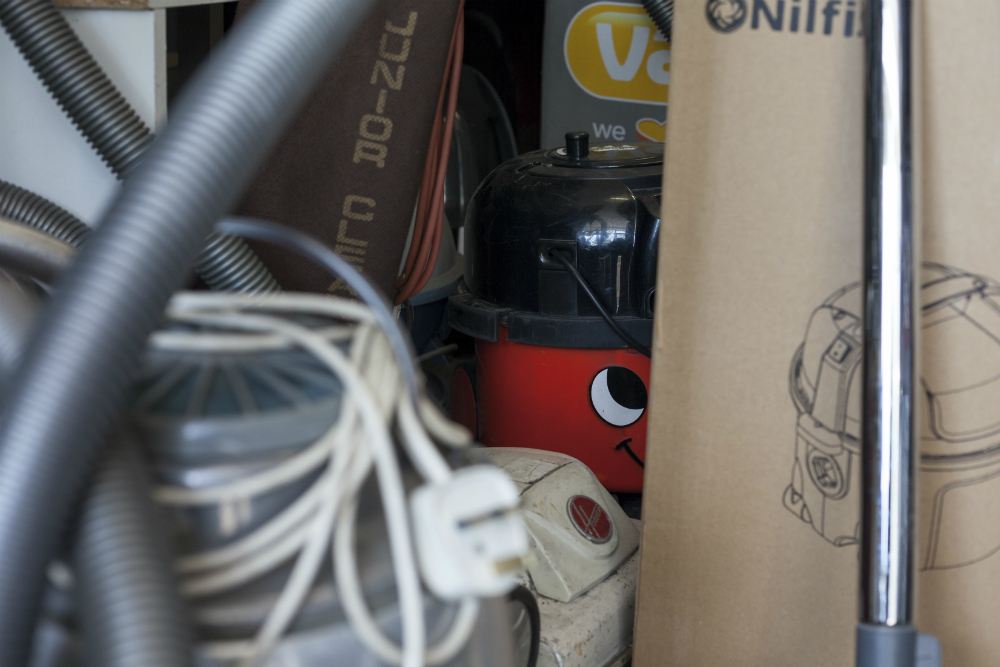 “I got into this trade almost by default, because my father broke his Achilles tendon in the lead-up to my Leaving Cert. I could drive from an early age, so I drove him to work – to this Hoover Centre, which he founded in 1960 – for 7/8 months, until his foot heeled. I tried one or two other jobs, but my dad was working on his own, so I came back and worked with him. At that time, automatic washing machines were just coming onto the market, so I had to go to Hoover’s training facilities and learn how to repair them. Then my older brothers came back from England, and started working with us – my younger brothers weren’t interested. As soon as the older ones settled into the job, I left and lived abroad for years.

“It was only when my father died that I came back to work in the shop. There was only one of my brothers working here by then, so he wasn’t able to keep it going on his own. But now he’s long retired – for the last ten years – and I’m the only one running the place.

“Generally speaking, you’d pick up this trade by using your own initiative, picking things up as you go along. I would have been surrounded by a lot of very experienced guys that my father would have known – but I never specifically went through an apprenticeship as such. It was just the case of there being a family business, and they needed an extra set of hands.

“I’m probably the only person left in the city now who could take a 1950s or 1960s Hoover apart and put it back together again. You’d notice a huge chance in how machines have evolved in the last few decades. Naturally, there’s a lot more technology now, most of which you don’t actually need: flashing lights, circuit boards and all that nonsense. Some of the tools I still use, like grease guns and such, would have belonged to my father.

“Several years ago, it was the bi-centenary of Harold’s Cross, and a local historian said to me that this shop was the oldest single business between Rathfarnham and the city centre. It’s a business that you’d never make a fortune from, but you could make a comfortable enough living nonetheless. There is a real satisfaction in getting to do something, repair something in a way that most people have forgotten (or never learnt) how to do. Satisfaction also comes from people expressing a wish that they hope I don’t close. [The shop] serves as a sense of community: some older people, many years ago, would come in here and ask my father if he could help them with things like social welfare, because he was such a well-known character.

“I’ve had instances where people have also brought machines directly to Hoover, and even they don’t have mechanics that know how to handle their older machines, so they send them directly to me. Some companies wouldn’t even look at a machine that’s more than five years old – they just tell people to go out and buy a new one. The only crowd you can rely on now to get you parts for older machines are Nilfisk. There are Nilfisks in the shop that are 35, 40 years old, and they still work perfectly – they would be some of the most reliable and dependable machines on the market. The company has a massive commercial range. If machines are kept simple, they can keep going for a long, long time.

“There’s a woman now living in Donegal who said that when my father worked for Hoover, he sold her a hoover polisher in 1951. Her daughter came in and asked me would I have a look at the machine – I was able to fix it for her, so it could be brought back up to Donegal. You’d often have grandchildren of original customers coming in. 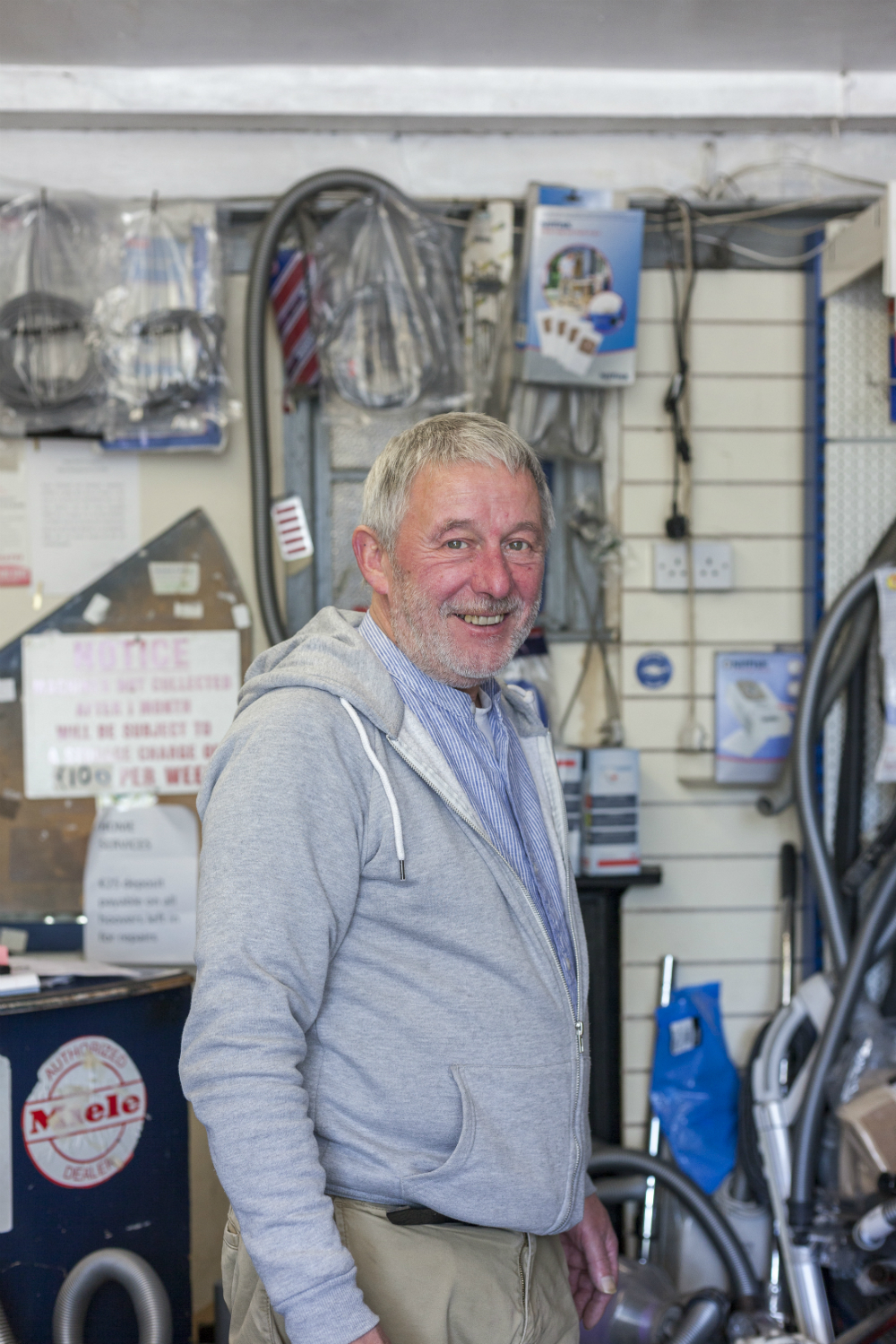 “I wouldn’t be in any way inclined to craft my own tools. I’ve never been shy of work, but I know guys who have an obsession with tools – in the same way that some guys have obsessions with cars. I wouldn’t be like that at all. But I do like being able to salvage something for somebody.. Just the other day, I fixed a woman’s Electrolux that had belonged to her mother. That machine would have dated back to the 1960s.

“I wouldn’t say that soon there’ll be no market for repairing machines but equally, I am aghast at the amount of waste nowadays concerning machinery; when a perfectly good model of something is just dumped, often because customers can’t afford the expenses of buying in spare parts – because companies can charge what they like for them, that’s the way of the global industry now. There are a great deal of people who ask why I’d repair ‘a bunch of old crap’ instead of going out and getting something new. They’re missing the point altogether. I have a machine that Hoover stopped making back in 1952; the former owner just came in and asked me if I wanted to keep it. He had just bought a new house and found the hoover there, and didn’t know how to use it. There’s also been an Electrolux in the shop that dates back to 1933 – and it still works. 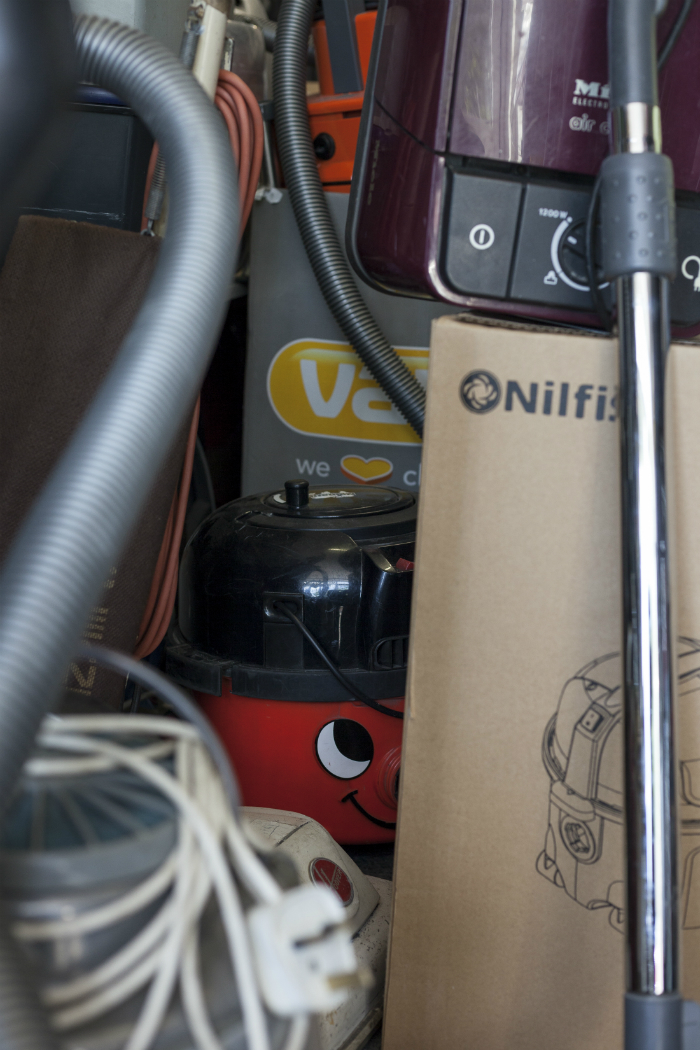 “Taking an apprentice on wouldn’t be financially viable. There aren’t two wages available in this business currently … so unfortunately, I don’t know what will become of this shop when I stop. Maybe one of my sons or nephews might want to preserve the history of the shop – but they would be aghast at the idea of working in this trade..!”