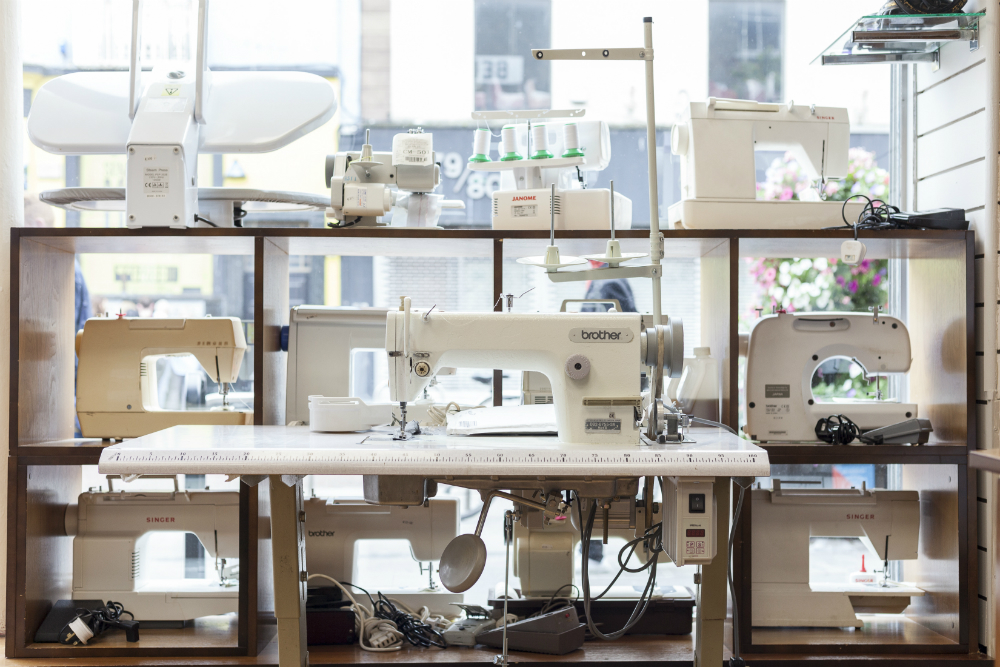 “It would’ve been 1970 that I started out. I left school after finishing my Inter-Cert, and the career guidance teacher said that there was a job going in Singer, on Talbot Street. I said that I’d give it a go, so I came up here and was talking to John’s father, Tom Whelan, who used to run the shop here.

“People often ask me how I got into the sewing-machine repair trade, and I turn around and say one word: luck. A lot of life is like that. Singer used to have a big shop on Grafton Street, and there was a workshop underneath it with about eight mechanics. They used to do all the machines around the city – it was a much busier sewing trade back then. I went over there for training for about two weeks, and then I was sent back here. I was the only one doing repairs, so you were thrown in at the deep end – the training gave you the basics, but it was up to you after that. Over the years, Singer sent me on courses in different parts of England to learn about different machines they were bringing out.

“There once was a Singer factory in a place called Clydebank outside of Glasgow, Scotland – it had 10,000 employed there. They used to call it ‘Singertown’. They supplied machines through the course of Europe until they closed down in November 1974 – they had to move from there to various different locations, because the cost of labour had gotten too high, instead of having one massive centre.

“There was a bomb literally just outside the shop in ’74, the place was nearly demolished. At this stage, we had about nine people working in the shop: two girls working in the shop, and I was working downstairs, Tom was the manager.. his father died, who was from Laois, so we all travelled down for the removal and just left one of the girls in the shop working here. It went off at exactly 5:30, when all of us would’ve been here in the shop. The girl was lucky, she had gone downstairs to get her coat because she was going on a date – with a guy named Ivor, I remember him – when she came back up she freaked out, and ran up the street.

“In those days, you could be selling nearly 20/30 sewing machines a week. It was very popular – you see, everybody sewed then. You didn’t have the likes of Penney’s. Every household in the 70s and 80s had a machine, everybody had the skills. People also didn’t have the disposable income – so they would get stuff repaired, and re-wear it. Repairing things goes against the grain of a lot of people now.

“I left here for about three years, but then I came back in the late 70s/early 80s, when you were lucky to have a job. I’ve been doing this more or less all of my life. I used to build all the industrial machines – it would take about a couple of hours to construct each one, and after a while, the building process just flows. You’d have maybe 4 or 5 industrial machines a week going out, to all the home-owners: the girls who would be getting work from the factories and operating at home. There was many a family reared on that way of working.

“I start my working day now at around 10:30am. People leave in their machines, and I service them. John manages the front of house; the shop and the sales. We have an awful lot of repeat customers coming in. It’s a completely mixed customer base. You have students from NCAD coming in, as well as the other design colleges, who’ll be buying their machines, needles and so on. 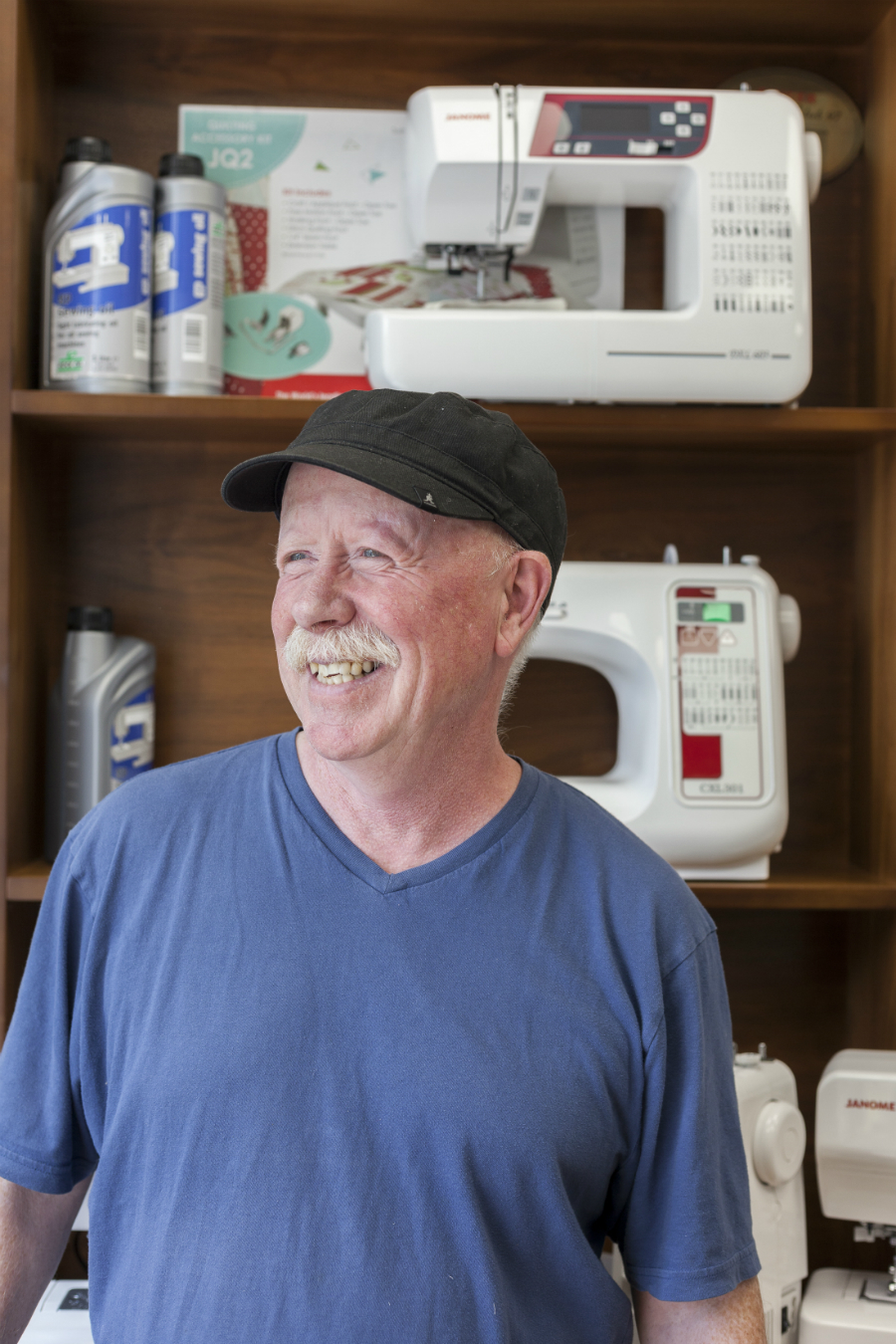 “[Undertaking an apprentice] would be very intricate because I have to get on with my work at the same time. You’d be doing your work, and having someone there that you’d need to teach as well – it would be a hard balance to strike.

“There’s a lot of courses around the city teaching people how to use machines, how to sew with them, but as for the mechanic part of them, there’s nothing out there. There isn’t a huge market for the repairs here. If you had someone coming in, would there be enough work for them?

“They used to have the training authorities, ANCO, that would facilitate younger people, but they’ve shut down here. The large number of factories that were around here years ago have all since closed. Years ago, young girls went into factories aged fourteen and would be working at their machines for 8 hours a day.. nowadays, in different parts of the world, that still is the case of course. It’s all about Asian manufacturing now, and stuff coming in cheaply. We wouldn’t even try to compete against that, you have to let it go – you can’t be negative about it. What they should have done, as far as I’m concerned, is go for the upper tier of quality design. If you could give them some sort of funding and training in that category, there is definitely a market for it. We have lovely machines that are a bit more expensive than average, but they work beautifully. 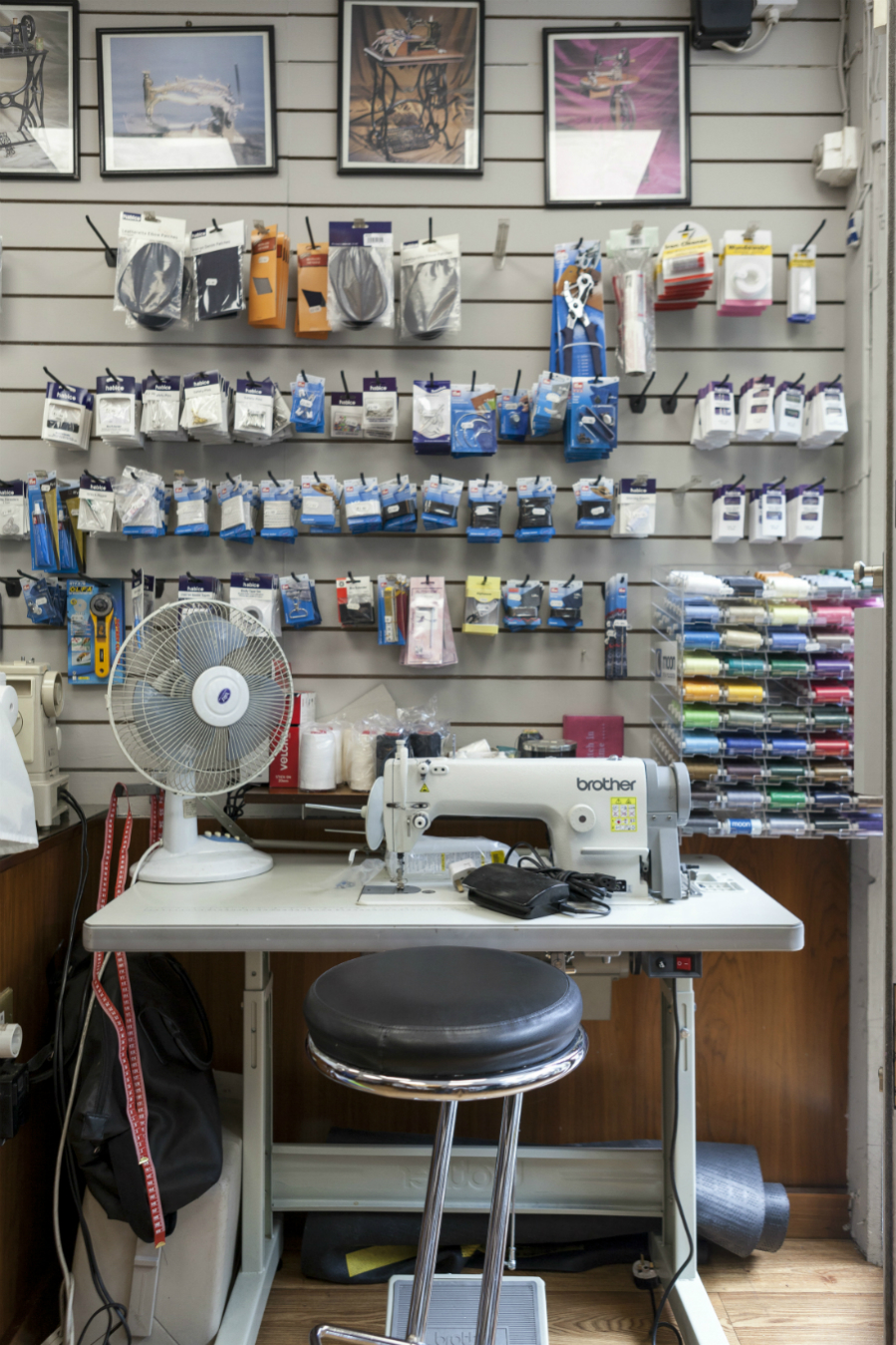 We have a machine here that was made in the 50s, it has a little motor and the steel gears will outlive all of us here – it’s real iron, and it will still be going in 100 years’ time. It’s by far one of the best machines that Singer ever made. But not many people appreciate the beauty of a well-run machine when you tell them.

“Will young people come into this trade? I honestly can’t answer that. There are maybe four active repairers left in Dublin that I can think of, and they’re all around the 60 mark, one fella is 70 odd. Once we go, it all goes.”