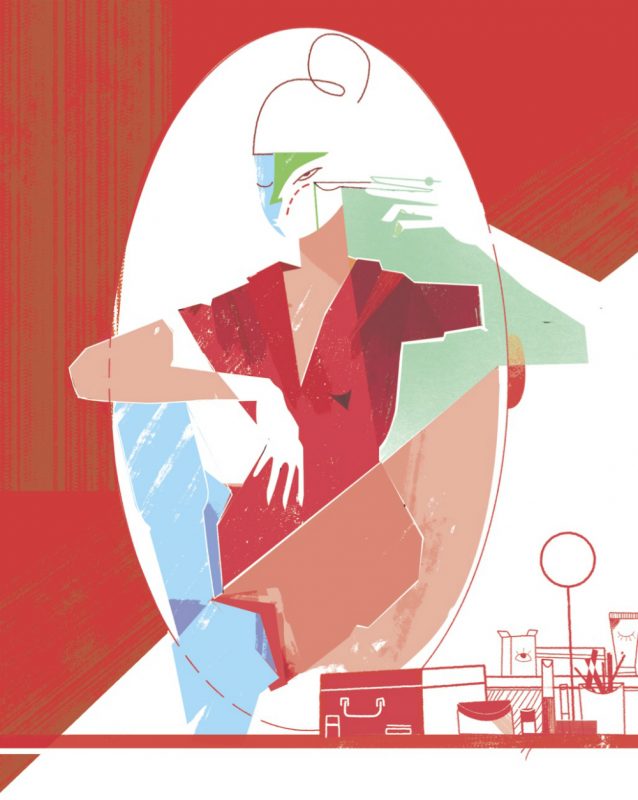 Guts started back in late 2014 as a project to highlight the talents of Irish writers and illustrators. Started by journalist Roisin Agnew, each issue featured confessional essays based around a loosely interpreted theme with nine different writers contributing and a different illustrator for each issue interpreting the stories within, and was part of a wave of independent print publications appearing around the city. Along the way they’ve featured the visual work of the likes of Fuchsia MacAree and Fatti Burke and even picked up Best Cover award at the Stack Independent Magazine Awards for the cover of their first issue designed by Mick Minogue, while on the writing side they’ve featured talented Irish scribes like Megan Nolan, Ana Kinsella, Conor Creighton and Tim Smyth. Ahead of their last print issue – for now – we spoke with editor Roisin about what kind of gruesome self-excoriating to expect in their shameful sixth edition, as well as what’s on the horizon for the project.

Tell me about the next issue of Guts. Is it the last issue?

The theme is shame and it’s the first one where I haven’t come up with a clever title for it, I’ve just called it “Shame”, because it feels strong enough to stand on its own as a title. The illustrator on this is Rob Mirolo which I was really excited about, because he has been a friend for ages and I’ve watched develop and become increasingly skilled at what he does. But it also just felt like a very good pairing of theme and artist because a lot of the stuff he does is very monochrome, he does a lot of stuff in black and red and pieces that are thematically quite dark and gritty, and I think shame is realistically quite gritty.

When I was talking to the writers and giving them an idea of what I was looking for I was telling them “shaming, shamed, and shameless”. So that’s what all the stories are going to be around, and they are quite dark. The one we did before this was about authority and it was possibly one of the lighter ones, but this one has gone quite dark. 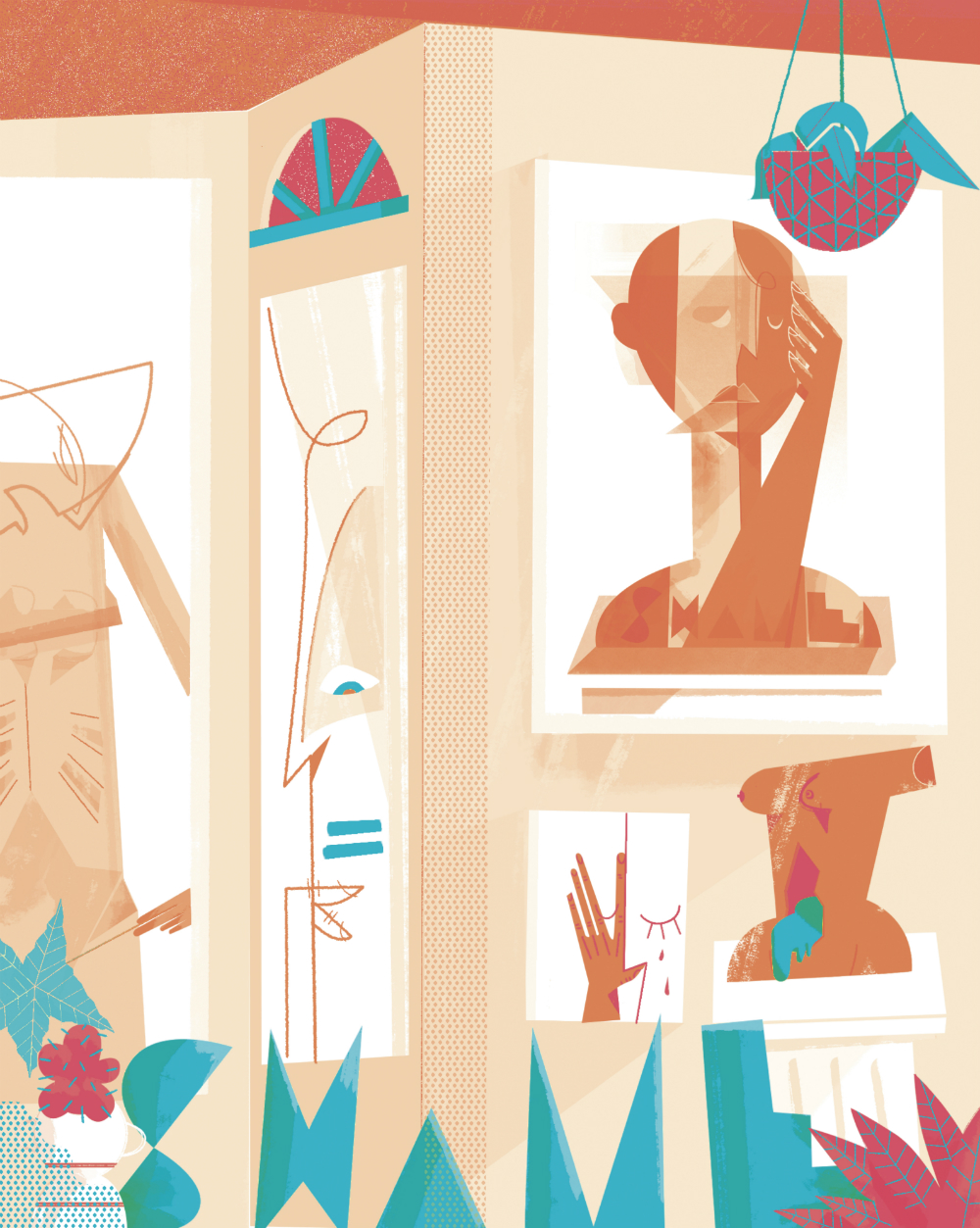 There’s a story by a guy called Robbie Lawlor, who is a HIV activist, about being an active, dating gay man and also being HIV positive, and how, in such a hyper-sexualised culture how you deal with being stigmatised by so many people.

Then we have a story by Séamas O’Reilly and it’s about grief, and it’s pretty sad really. It’s about the separation between feeling and communication or expression, or not being able to. And it’s that difficulty around grief that most people feel, even about having to express condolences to someone. But it’s his personal experience of grief and being unable to express it while feeling it.

We’ve got things around class, and intellectual ability – Róisín Kiberd wrote a piece around that. Sinead Burke, obviously she is a little person, and it’s about surmounting [the challenges of] that and the difference of being made to feel like a little person and being a little person – and it’s really good.

So a lot of them are quite dark, which felt like a good way to end it, because we started with ones that were quite soppy – they were all love stories – and we’re ending on ones that a lot sharper, a bit more serious but about as serious.

Does this issue follow the same format as the previous issues?

Yes. So also in it is Alan Maguire [of Headstuff]. I know Alan from Twitter because he’s one of these male feminist voices on Twitter and I actually commissioned this piece and I asked him to talk specifically about a certain thing which was the shame around trying deal with issues like repeal the 8th, or issues that are women’s issues, when you’re a man, a vocal man on the internet, and how you do end up being shamed, or are at risk of shaming people. It’s really good and it’s funny. 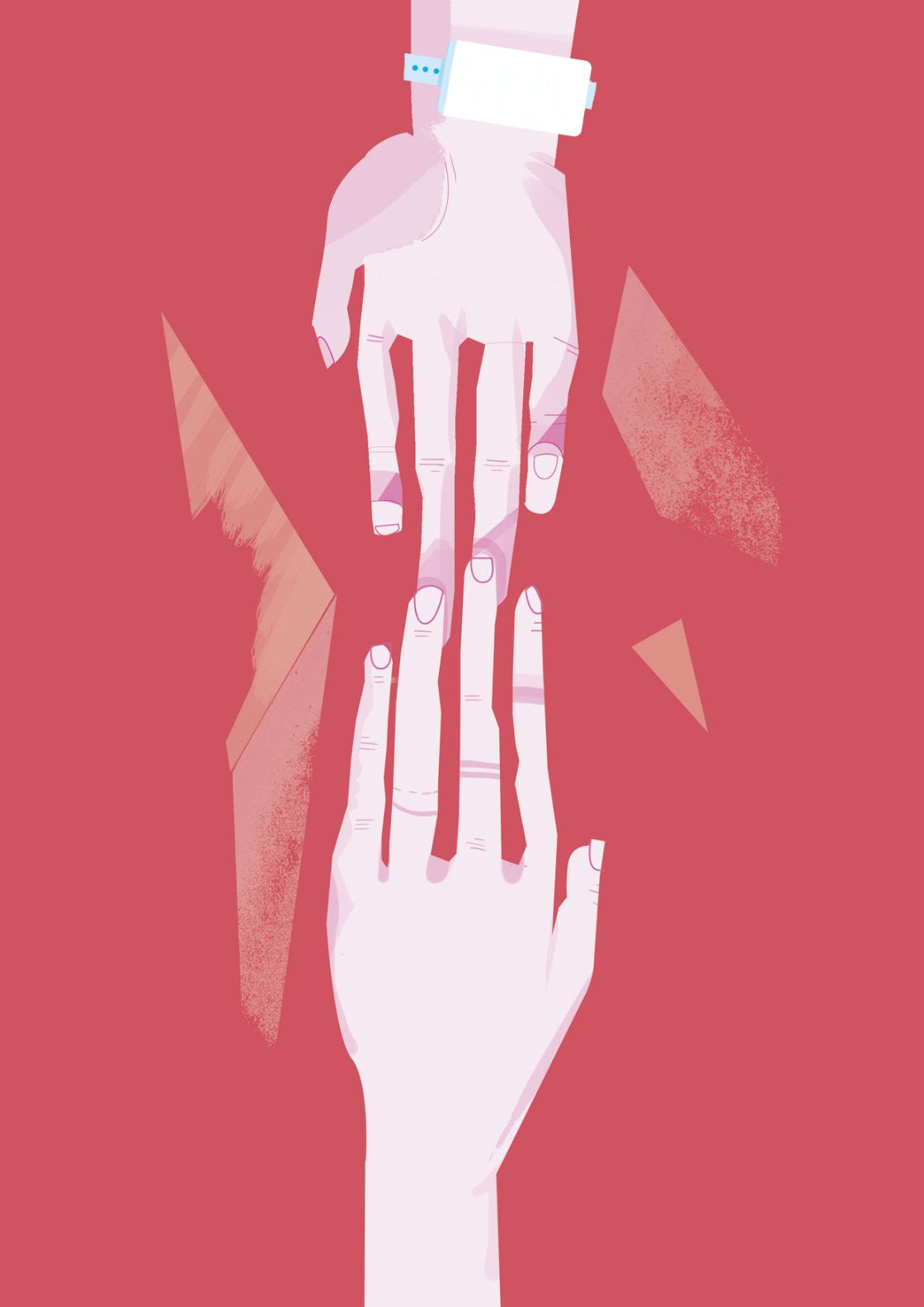 So what’s the plan for after that?

What’s next is that we’re relaunching, and we’re even trying to make it exactly two years to the date that we launched initially. We’re going to do another Kickstarter campaign to fund what is going to be a bigger online presence, we are going to be building up our website, which we are already starting to do, starting recruitment and talking to people. We’re going to be having a blog, hosting some experimental film with Irish filmmakers in, because it’s an area where supposedly there is a lot of new energy and new talent coming from Ireland, so we thought that would be an interesting thing to do, and we’re going to keep that even confessional in tone. We’re also going to be doing a little bit more photography.

The money that we get from the Kickstarter is going to be going toward a biannual, which is essentially the new iteration of the magazine. It’s going to be bigger, but there’s obviously only going to be two a year. So the idea is also to break out of the mould. I think in Ireland you can only keep something going in a very niche format as Guts has been up to now, for a very short period of time before you want to break that mould and do something different and I think it might get repetitive if we were to keep doing it for another year.

The reason we are doing the Kickstarter, and we’re asking for more money than we asked for in the past, is because we want to actually pay people properly, because we never have been able to pay people with Guts until now. And the idea is that a larger format, and having more money to start off with would mean we’ll be able to pay our contributors a little bit more.

The biannual publication is going have a thing where we have a mock foreign correspondent, where we’re headhunting people who we really want to get involved, that aren’t Irish writers, that are reporting from other areas who are young writers from abroad.

One of the other things I was trying to find a way to do was trying to bring in other writers – because we had about 300 submissions to Guts – that aren’t maybe people we’ve worked with before. So we’re going to have this thing which is like a “homework assignment”, where we assign a satirical or humorous topic for a group of writers to approach. 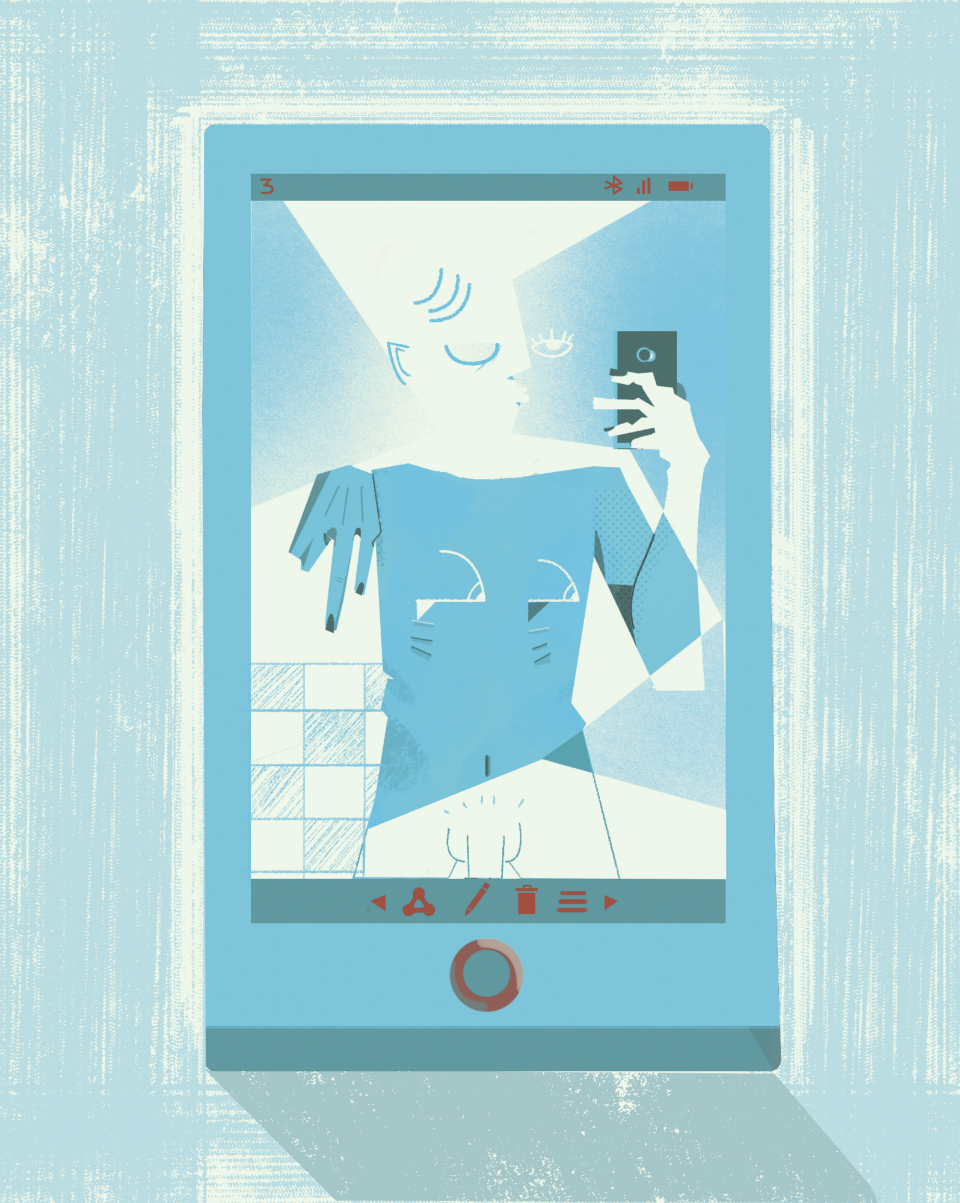 And I can’t say names yet, but I’ve been in discussion with a few people doing indie publications around Dublin about getting them to curate a couple of the pages in it. When we began doing Guts there were literally no indie magazines and in the almost two years since we started there’s been about four indie publications that have sprung up that are doing really nice work and we just wanted to collaborate with them, and if we were doing something big and chunky, we could raise the funds and give them pages to curate.

So it’ll be very different to what Guts has been at this stage and it will also just be a bigger team.

[Laughs] In the time we’ve put together all the issues the team has been myself, Steve [McCarthy], Stevie [O’Connor] and some really great assistants who’ve helped us out and it’s been really hard to sustain. It’s also really hard to sustain social media if you, realistically, don’t have fresh online content. So that’s why we are realistically moving to online, but maintaining the print format but only doing it twice a year. Oh and we’re also going to do a podcast!

What’s going to be on the podcast? Are you just going to do that thing where people just record an entire conversation? Or are you going to have a domineering host who swears on air?

I’m going to be the domineering host! So the idea was to cannibalise the content we already have by getting people who have already contributed to Guts to come on air and discuss their piece and also read from part of it. I’m obsessed with having things that are theme-driven, but we’ll also be conducting interviews and having people in the actual “studio” having a little debate or chat.

We want to get to maybe ten issues of Guts overall, so it’ll probably only go on for another two years.

And then you’ll get shut down by Peter Thiel.

Issue six of Guts, titled “Shame” is available now from their usual stockists including The Winding Stair, Indigo & Cloth and Project Arts Centre, and they’ll be celebrating the release with a launch party featuring readings and a musical performance on Thursday 15th December at the Chocolate Factory. For more, checkout thisisguts.com