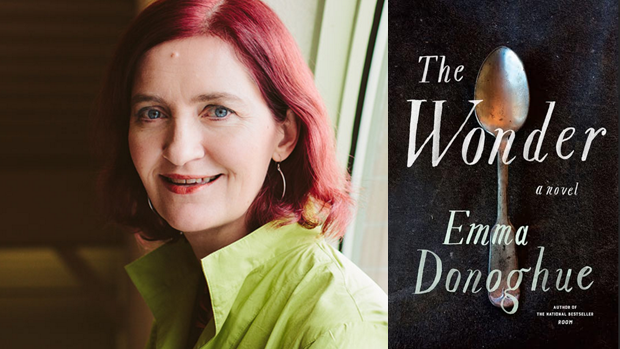 Emma Donoghue, who once mockingly proclaimed herself “mostly known as the locked-up children writer”, returns after Room with this tale of religious hysteria set in a Catholic Irish backwater circa 1859. The locked-in situation this time immures Anna – a character based on real cases of European “fasting girls” in the 16th to 19th Centuries, who supposedly subsisted on nothing but air and prayer – and the English nurse Lib, fresh from the Crimean War and hired by a committee of influential men in the village to watch her day and night to assess if she is a fake.

Anna’s family claim she has ingested nothing but “God’s own water” in the four months since her 11th birthday. Donoghue draws on the history of miracle girls, descendants of the Middle Age phenomenon of “anorexia mirabilis”, the ascetically motivated precursor to “anorexia nervosa”, who were said to have gone months and sometimes years without nourishment. Lib, then, is amusingly unimpressed by Ireland, which she sees as “one endless, waterlogged mire”, and by the superstitious locals who “swallow whatever pap [the priests] feed them”. She is always on the verge of being unlikable, but the novel has us understand her arrogance as a defence against being perceived as a menial labourer serving the doctor, a perception many nurses today still struggle with. Through Lib this novel re-instils pride in the nursing profession and celebrates its birth. It holds up a light to the darkest chapters of our history, of famine and abuse, illuminating how little has changed.

The excessive scrutiny and appropriation of a young girl’s body by the “important men” of the village, in their own interests, reminds us of the continued control of women’s bodies by Church and State. It is immensely suspenseful with a touch of the gothic, and deploys slow and skilful plot revelation. The ending might seem simply too Hollywood, but while it loses verisimilitude, it attempts to redeem real history, creating the fictional ending we wish we could go back and write for these girls. Donoghue finds transcendence in maternal love and in refusing to sit back and watch. Her book stages a wistful hope. If only Ireland could stop being “an improvident mother” and protect its female citizens.