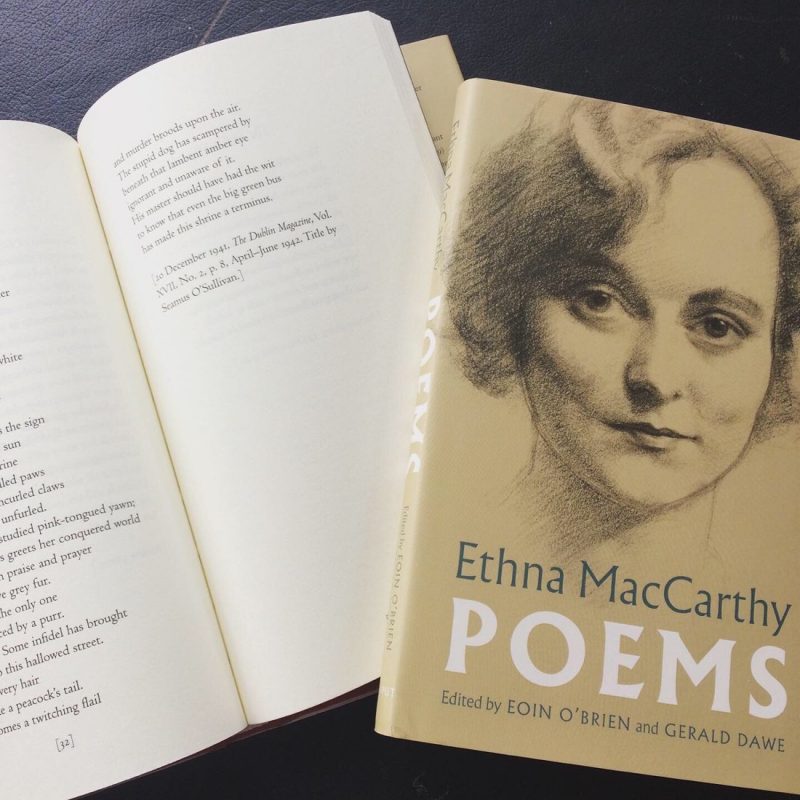 Ethna MacCarthy lived a double life, establishing herself as a figure in the mid-20th century Irish literary scene – she famously appeared in several of Beckett’s writings, including his play Krapp’s Last Tape – while studying and eventually practicing medicine. She died relatively young, at age 56, from throat cancer. The pieces contained in this collection were bequeathed to one of its editors, Eoin O’Brien, following the death of MacCarthy’s widow, Con Leventhal. O’Brien, with co-editor Gerald Dawe, traversed through a mixture of typed and handwritten works to bring us this first collection of her poems, all presented chronologically.

O’Brien says that MacCarthy’s writings about medicine and death are among her most interesting, and it easy to see why. In her vivid piece, ‘The Charity’, which was published to coincide with the bicentenary of the Rotunda Hospital, she writes: “In flooded garrets icy cold/ shivering and hungry mothers bore/ their sickly infants, doomed before/ they saw the light, both soon frail flotsam/on far Lethe’s shore.” 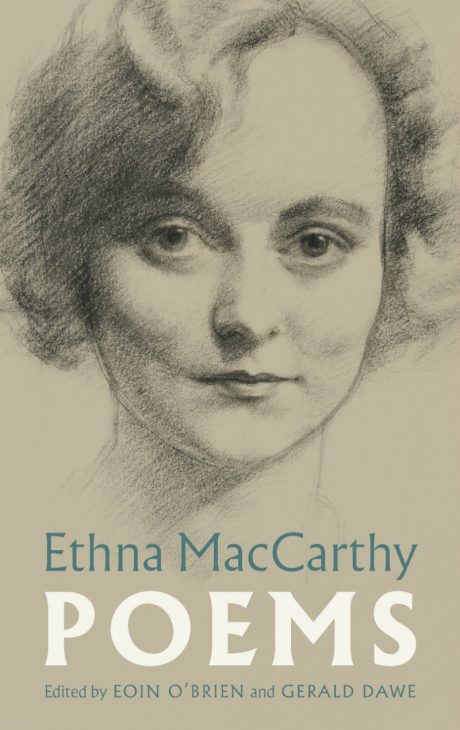 Meanwhile, ‘The Theatre’ and ‘Viaticum’ offer other beautifully executed depictions of hospital scenes. The work here is impressively varied: also included are translations of numerous other poets, and her drama ‘The Uninvited.’

Reading MacCarthy’s poems, one is left wondering what other works the early departure of this long overlooked Irish poetic voice has deprived us.