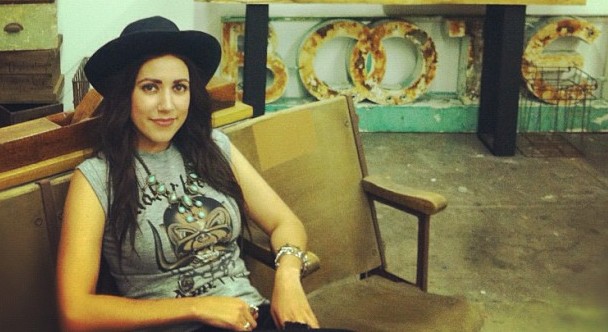 From the point that moment a group of sundrenched Californian long hairs turned their back on the tubular bounty of the ocean in favour of a little plank of wood and four clay wheels the fairer sex have been ever present. It only takes a cursory glance over skateboarding’s formative years in the 1970’s to realize that women like Peggy Oki amongst others were tweaking textbook Bertlemans alongside the Alva’s and Adams‘ of this world, men whose positions within the esteemed annals of skatelore have long been established. Throughout essentially every era of skate history there has been at least a handful of she-boarders who captured the public imagination be it transitionally inclined 80’s vert betties through to Elissa Steamer, a woman whose creative nous and vision paired with a timeless style allowed for her to carve a niche all of her own even amongst the rail-chomping 90’s elite that inhabited Toy Machine’s seminal Welcome to Hell. Even today one simply has to turn to  Lacy Baker’s recent Thrasher Bombshell part to agree that those nollie inward heels are nothing to be sniffed at.

But there has always been a bizarre dichotomy present within any discussion relation to gender within the framework of skateboarding culture. There is undoubtedly an eagerness within the skateboarding community to be seen to encourage the inclusion of women, at least on paper anyway. A desire to present one’s self as forward thinking in one’s attitudes that is probably tied to skateboarding’s long standing outsider association. An ever-present willingness to stand behind a set of beliefs that can oftentimes seems somewhat insincere when consider alongside the harsh realities of the attitudes so firmly installed in the minds of what appears to be the vocal majority of skaters around the word. Of course, this view of skateboarding as an equal opportunities past time is to be commended and fostered despite the air of the less than entirely earnest perhaps present in these opinions. The questionable sincerity of claims of inclusivity is nowhere more apparent than when one considers the lady who is almost unquestionably the most recognizable woman within skate media today, Erica Yary. 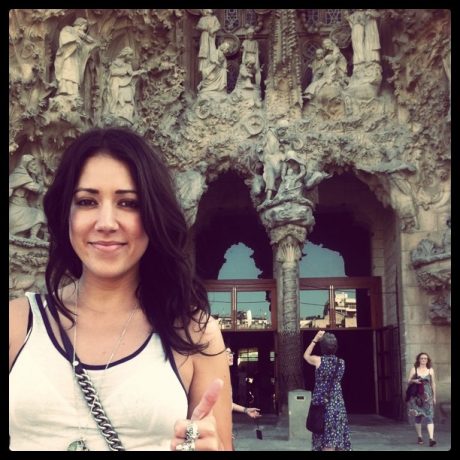 Since her first appearance on the collective laptop screen of the worldwide skateboarding community in her first incarnation as Active Erica, the face of the Active Rideshop chain of skateshops she has built up a steady head of steam gaining more and more recognition eventually securing her role as the go-to red carpet premier interviewer de jour as well as making regular appearances as a lady-Masekala of sorts at energy drink soaked banner events like street league and the X-games. This is all of course without mentioning what many would consider her primary source of output, as one part of the interview team on Ride Channel’s weekend buzz series alongside the equally glamorous Rob Brink.

Despite the amount of females that have played integral part in the evolution of skating, be it behind the scenes like Megan Baltimore at the Crailtap camp or on board like the lady rippers already mentioned skating has always remained at a glance at least something of a boys club and never had the sodid results of this surfeit of dudes been more painfully apparent than in the build up to and ultimate release of Yary’s Slap pal’s interview. The slap pal’s interview has over the course of the last few years has almost entered into the territory of the grand tradition. An opportunity for the average skater to get a direct insight into some of the stories behind tricks or clips that make up the meat of a pro’s career for or even just an opportunity to expose the pros themselves to some of jabs or jokes they have become associated with them if not in the broader skateboarding community as a whole certainly on the Slap messageboards themselves. The sorts of questions that get put forward for a traditional slap pals Q&A session are as one might expect a healthy mix between the nerdy the surreal and the firmly tongue in cheek. Though when submissions began for Yary’s grilling the process began to take on a different complexion.

There were a smattering of questions relating to how she got her first break in the industry or how she finds working in such a male dominated environment but the overwhelming majority of the queries she was posed were relating to her sexual preferences each one seemingly trying to outdo the last in terms of juvenile “can I smell your butt?” ridiculousness. These stunted, sniggering sex questions were paired with the occasional  and potentially even more damning and harmful barbs implying that if only “ugly dudes” skated she’d have no interest in the culture at all. The suggestion of course being that the only reason any woman would choose to work in the industry or even express an interest in skateboarding at all would be to meet some totally cute boys. Yary’s treatment by average skaters who have been given  the opportunity to communicate with her directly highlights these issues of skaters frankly not practicing what they preach when it comes to issues of both sexuality and gender.

Take for example the response that followed the recent exposure to our first openly transgender skateboarder Hilary Thompson. Ms. Thompson was dealt with in an almost universally positive and supportive way as skaters seemed to be crawling over one another to say how “totally cool” they were with it. Though, the implication alone that there would be some conceivable reason for them not being “totally cool” is quietly ruinous in it’s self. Or even consider the near constant debate surrounding the seeming totally absence of openly homosexual pros. It is not unusual to hear skaters even chastising the nameless, faceless though reasonably assumed present gay minority of pros who choose to keep their sexuality separate from their work for making it harder for other gay skaters to come out. The very idea that skateboarding as a whole can criticise pros for not marking themselves out as somehow “other” to the majority of their fanbase seems absurd when you consider the flak Yary takes for simply for being the female. Where does this idea that sexism in the extreme is somehow less harmful than homophobia stem from? Or perhaps more pointedly what is it about this culture that allows for such a stunted and harmful worldview relating to women? 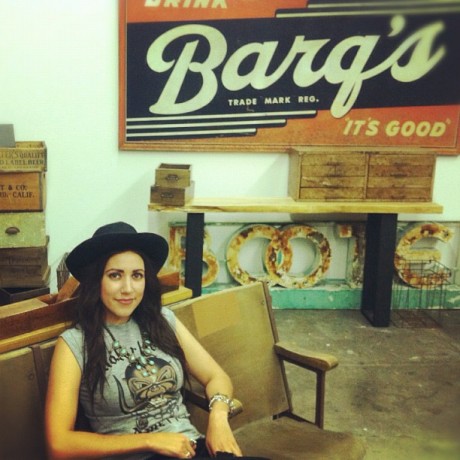 As skateboarding as a culture matures, becoming a more acceptable past-time for those on the wrong side of their teens it has regularly been discussed through the lens of being a  fountain of youth of sorts, a means by which one can hark back to a simpler time when we were not beset with the smothering and constant issues of the adult world. It is an excuse for people of widely different age groups to come together in the pursuit of fun above all else. The regressive power of skateboarding has been widely examined in a positive light. Presented as if the ability to reclaim our childhood is a gift from skating it’s self but it is perhaps time to consider that it may be a double edged sword as judging by the questions posed to Yary there is something within the culture that fosters worryingly juvenile thoughts and comments from grown men who should know better. Perhaps skateboarding alone is not to blame, it is no secret that the anonymity of the internet is no small encouraging factor for those who wish to present wilfully offensive attitudes but that does not alter the fact that all those who posed these behind the bike shed style questions of the butt-obsessive nature are ultimately at least interested in skate culture to some degree. The issue here is at least at some level inherent to skateboarding. Even Nyjah Huston, one of the most talented though controversial figures in skating at the moment  was quoted in the most recent Thrasher saying that skateboarding simply isn’t for girls.

It is time for a decision to be made, a balance to be struck. Skateboarding should always be about fun and it is no secret that nothing is more detrimental to skating as a whole than taking oneself too seriously. Unquestionably those who choose to objectify Yary would claim that it was “all in good fun” and It would seem Yary chooses to present herself as entirely unphased.  It is far from the place of anyone else to speculate how she feels about her treatment within the industry, At the end of the day it would be of no harm to the skateboarding as a whole  to consider the impression that is being put across by being incapable of having any sort of female presence within the industry without feeling compelled to say how much better she looks “with a little meat on her bones”. Skateboarding as the fountain of youth is in some respects a romanticised notion but to a degree also an astute observation of what makes the past-time so compelling. It’s skateboarding’s appeal to the parts of our brain we associate with youth that sets it apart, it’s perhaps unfair to say childishness is an asset in the industry but certainly a childlike attitude of adventure and experimentation can take you a long way. As the culture moves beyond narrow-mindedness that so characterized the 90’s into the relative maturity and openness evident in  both the on board eclecticism and long overdue respect for the past that comes with reaching a level of maturity as a culture it is perhaps time for those that make up “skateboarding” to re-consider their role in preserving the harmful status-quo relating to both sexuality and gender. Time to start practicing what we preach and maybe next time we are lucky enough to have a seemingly smart, capable and coincidentally attractive female enter into the fold we might just be able to abstain from speculating about what she may or may not smell like.