Gleaming The Cube: Dork tricks are back

Through the tireless work of pioneers the likes of Bart Simpsons and groups of unidentified groups of street toughs in Police Academy movies, skateboarding has managed to sustain an air of the “cool” to the uninitiated. That is no small achievement considering it is the refuge of countless grown men pricking around on a plank of wood. That said, despite the overall idea of skateboarding’s cool factor being long established, the notion of what is and is not “cool” within the skateboarding community itself has always been somewhat more problematic.

Obviously if one were to take a sartorial bent in discussion of skate coolness, there has been no shortage of fleeting fads in cool-guy status quo as skate fashion evolves over time, but infinitely more fascinating than discussion of whether swishy sportswear or bet-on skinny jeans are “cooler” is the idea of different tricks going in and out of fashion. The idea of certain tricks being deemed so uncool that they are essentially inexcusable no-matter who you are is nothing new but it would appear we are currently going through another age of cool-trick transition. It would seem that this is the age of the reclamation of the “dork trick”. 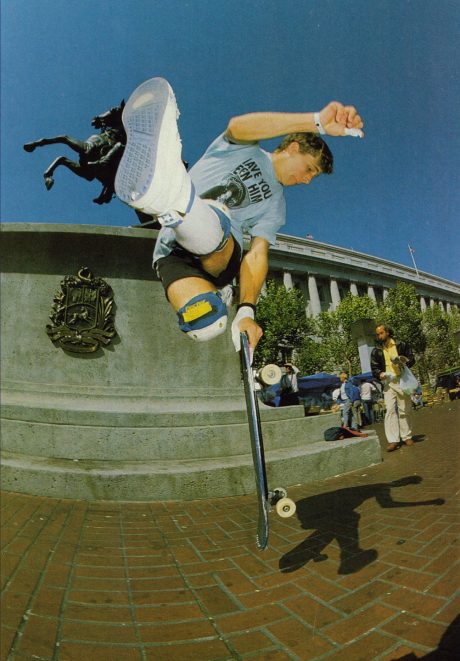 My first encounter with the idea of a “dork trick” remains fresh in the memory. Age 12 or 13 having watched Mike V’s greatest hits I attempted to run up a wall only to hop back on to a new Jake Nunn deck in a humble Sandyford homage to slap-headed dork-trick maestro Mike Vallely, only to be chastised by my mate Geoff for even attempting to do something so cripplingly uncool. In my youth I’d never previously considered that anything done on a skateboard could be considered uncool in the least – skateboarding was pretty much the most badass thing you could do. Though much as it pains me to say even over a decade later, Geoff was right, running up walls was uncool and there were tricks out there that carried with them an association of the less than legitimate. Though, in the last few years it seems attitudes are changing and previously unthinkably dorky manoeuvres are re-entering the fold as people the skateboard community is casting a more critical eye over it’s collective past.

It struck me when I was watching Jim Greco’s barnstorming section in the latest Deathwish video (currently for sale on iTunes) the extent to which Greco drew on tricks that even a few years ago would have been considered kisses of death in terms of credibility only for him now be praised for shamelessly employing them in such a banner production. The Deathwish video has already taken on the complexion of an instant classic with justified comparisons to Zero’s seminal Misled Youth already flying around the skateboarding Internet. The comparisons are pretty on the money too, the Deathwish video is a gut shot of heavy trick after heavy trick with a remarkably cohesive and enjoyable soundtrack.

It could even be understood as love letter to the proper, full-length skate video a thing that it seems we will be seeing less and less of in the future. The significance of the video as a whole is a discussion for another day as wider importance of Greco embracing one of most roundly mocked tricks of all is interesting enough in and of itself. Greco seems to be the man to have singlehandedly brought back the much-beleaguered darkslide. He doesn’t even limit himself to just one but does something like 4 different variations of them and even goes as far to close his part out with a darkslide of the switch variety and down a handrail no less. Previously darkslides and their freestyle-inspired ilk were the domain of solo-filming garage dwelling lunatics like the Todd Falcons of this world.

Greco is not alone in his plundering of the great tome of neglected freestyle inspired dork tricks and deploying them in hyped, culturally significant skate videos. Marc Johnson, a man who has long been understood to have an inhuman amount of board control, one of those skaters that undoubtedly appear to be operating at an entirely different level than all save an elite handful of pros, dropped jaws with his Thrasher cover casper stall on a natural brick quarter pipe in Girl and Chocolate’s Pretty Sweet. 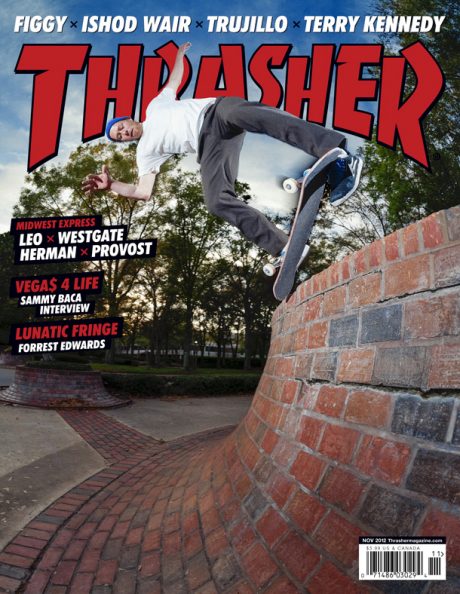 Much has been made of a supposed shift in the mindset of the skateboarding community as more and more people seem to be drawing more explicitly on a sort of old-school flavour in skateboarding of late. It has become more and more common to see transition skaters just out of their teens or younger performing footplant and handplant variations essentially unseen within mainstream skateboarding coverage for a decade or more, and this re-evaluation of the place of tricks that coloured the pre-street era is starting to spread not just inside of skateparks and transition but into street skating itself as even big name pros like Johnson and Greco appear to be looking to Rodney Mullen for trick-tips. Even the men in the product design end of the skateboarding industry seem to recognise this newfound respect for 80s skate weirdness as pretty much every big brand from Girl to Alien Workshop is releasing lines of cruiser boards in a variety of 80s shapes and smaller brands like Welcome skateboards are almost entirely dedicated to producing boards that stray from the traditional “popsicle stick” style.

It would seem that being uncool in your trick selection has never been cooler. It seems every young buck coming up trying to impress the jaded, cuffed trouser’d masses nowadays has to at least throw in a few no-complies here or there to display how “creative” he is in his skating. In essence it would seem that “dork tricks” have been subject to a rebrand as what was once considered horrifically out of touch with the direction of skateboarding as a whole is now understood to be “creative”. This movement towards an anything goes mentality is of course a far from negative phenomenon. Even late-flips, once understood as the nadir of a kind of technicality over style indulgence, were repeatedly employed in the most recent part from the most down-the-line tech-merchant of all, the uber-talented though strangely boring in proficiency, Paul Rodriguez.

Everywhere you look nowadays it seems that somebody is getting high praise for doing stuff that just over a decade ago would have made my mate Geoff cringe. Take Louie Barletta’s recent part in enjoi’s Tweak the Beef. Barletta has always been a man for thinking outside the box of po-faced skate seriousness and is rightfully pretty much one of everyone’s favourite skaters as a result, but even he pushes the boat out in terms of what is acceptable levels of dorking around with an extremely silly flamingo twirling transfer thingy at about the 1.40 mark. Even those enigmatic euro-dudes we all so enjoy are getting in on the shameless dorking around act. Not too long ago, Leo Vall’s bizarre one-foot power slide variations peppered throughout French company Magenta’s recent Panic in Gotham would probably have been met with grunts and sniggers as opposed to chin strokes of fascination, if not nods of approval.

One could read the emergence of a quick-footed, freestyle inspired dorking around to be a reaction to the ease with which relative unknowns can compete with the pros nowadays. It’s now more so than ever more worthwhile to try set yourself apart by doing tricks that people haven’t seen in years or trying to engage with some terrain in an off-centre way than it is hucking yourself down some giant set of stairs because chances are some Californian skatepark baby will probably just go and nollie back heel the set you just kickflipped. There is no small irony to the fact that for many pros to stay fresh and relevant they have turned to their past. But, most importantly, the take home message here is that at 12 I was far from a dork. I was just incredibly ahead of my time. Ok, Geoff?