Deep In The Game: Not The RTE Guide 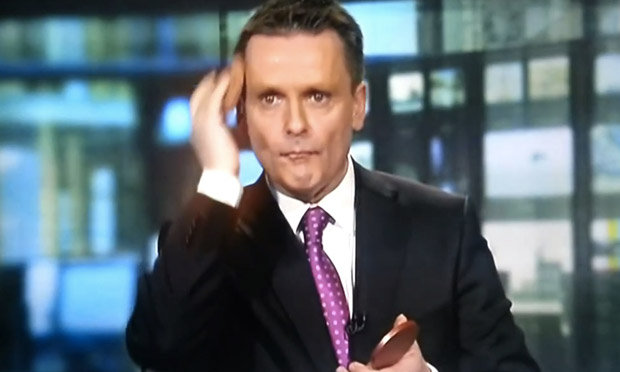 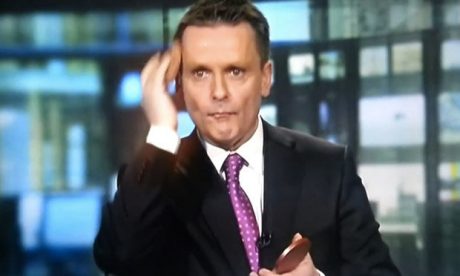 Deep In The Game, our series of interviews with people who are famous in ways their mothers probably wouldn’t even be able to process, continues with Alan Maguire, owner-operator of a sharp parody Twitter for the venerable RTÉ Guide.

Can you explain who you are and what you do to people who might not know?

I am Alan Maguire and I created @YourRTEGuide, a fake RTÉ Guide twitter account. It’s a mix of fake programmes and fake articles and quotes from the RTÉ Guide.

Why the RTE Guide?

I’ve always been a huge fan of TV Go Home and Charlie Brooker in general and it seemed like Irish TV and culture was a good target for the kind of barbed surrealism that he does. (I’m not claiming I’m in his league or anything but he’s the main influence). I was really surprised that there hadn’t been a parody RTÉ Guide already. TV listings are 140-ish characters already and the RTÉ Guide has a kind of weird place in Irish culture where everybody knows it but nobody our age really has any idea of what’s in it anymore. We associate it with a small-c conservatism, or I did at least and I play that up occasionally with the account. I started buying the Guide after the account took off and it’s actually a very good magazine. I feel like I should mention that at least once. The short answer is I couldn’t believe nobody had done it already and fancied having a go.

It gets quite political – was that in your mind setting it up, or were you planning pure humour, or somewhere in between?

I had planned on keeping it silly and focused on RTÉ personalities but once I started doing it I realised that the pool of Irish celebrities is pretty small and our political and pundit classes are at least as ridiculous as our celebrities so it seemed like a natural extension to start including them. Then about a month after I started the account, the Savita story came out and I was just furious, I was just so angry and ashamed that this had happened in my country and I found it cathartic to put that anger into the tweets and it hit a nerve with people and it became a bigger part of the account. I try not to let it become the bigger part of it though. I tend to overuse the “RTÉ News Now 13:00 Headlines: <Insert Satire Here>” style of tweet when I’m blocked and often I’m not saying anything that couldn’t be said on my personal account without the framing. It’s more satisfying to create something entirely in your head that people like.

So are you conscious that some people are driven to your account by one or the other? Are you worried about putting either off, say?

It definitely crosses my mind but I try my best to ignore it. Any time I start to think about what people might want I end up writing weak tweets. When people unfollow me I assume it’s because they’re bored, not because they came for Craig Doyle jokes and they’re getting barraged with feminism.

It seems like a lot of the humour is derived from the clash between the sort of naive ‘everyman’ type of delivery you get sometimes with RTE and then the cognoscenti types who see that for what it is. Is it bad to be dismissive though?

I suppose it depends on what you’re being dismissive of. I like to think that the jokes punch up rather than down. The audience for the programmes are never the target of the joke, it’s the formats and the personalities that are usually the focus and I think that they are legitimate targets. I think Irish television is getting better but it’s still miles behind our film, music, writing, and art. I just find it really depressing that Chris O’Dowd couldn’t even offer Moone Boy to RTÉ because they have no scripted comedy department. All of the comedy in RTÉ is producer-led rather than writer-led and it shows. I’m a big supporter of public service broadcasting and I hate when people complain about the licence fee but RTÉ really don’t make it easy for themselves.

I dunno, maybe I’m a snob but I just think there’s so much talent in Ireland and so little of it ends up on television. I’m not talking about news and current affairs here by the way. I think RTÉ are world class when it comes to that, and Radio One is a treasure, besides Liveline, and we should get down on our knees every day and thank god for the continued existence of TG4.

So, stretching back to your question, I’m dismissive because I care and I know we can do better. And pay your licence fee, do you really want all Irish telly to be like TV3?

What do you think of the state of political satire in Ireland at the moment?

I’m not sure if I’m in a position to judge, I’m just some guy with a twitter account who watches Vincent Browne a lot. It feels like it’s gotten its teeth back though. Irish Pictorial Weekly was brilliant, just absolutely vicious in a way that Gift Grub can’t be because it’s on your radio every morning and it wouldn’t work if the people you were listening to were completely hateful in the way that the IPW characters were. Gift Grub does seem to be pulling fewer punches lately as well though. Does Miriam Lord count as satire? She’s reporting on actual events but she’s completely hilarious and cutting. Obviously, public figures are getting ripped to shreds in an amusing manner on Twitter all day long. And Tara Flynn and @dangerfarm are doing amazing work at the moment as well. So yeah, piles of brilliant satire all over the place. Fuck knows what difference any of it’s making though.

What’s the appeal in everyone watching the same thing and tweeting about it?

It’s the communal experience isn’t it? It’s nice to know you’re not the only one sitting up, eyes falling out of your head, watching Vincent Browne after you partner’s gone to bed in case tonight’s the night Richard Boyd Barrett finally snaps. You laugh more watching a comedy in a full cinema than you do watching on your own at home and watching TV with twitter recreates that a bit.

Can I get one sentence opinions on the following?

He seems sincere but his cabinet is full of terrible, arrogant people.

He almost had us fooled with the Twitter account there for a while but Miriam O’Callaghan put a stop to him.

He’s a good man but his inexperience is thwarting him at every turn.

He makes the world a ruder and less charitable place and will never be the national figure he so obviously wants to be.

What are you watching on television apart from appalling current affairs developments?

I am the most middle-brow person in existence. There will be absolutely no surprises in this list. I’ll keep the list to things that are still currently airing or the list will never end. Comedy: Peep Show, Parks And Recreation, Community, New Girl, Portlandia, Archer, The League, How I Met Your Mother, Girls. Drama: Mad Men, Game Of Thrones, Borgen, Breaking Bad, Dexter (Although it hasn’t really been good since the second season), Black Mirror, Criminal Minds (I know it’s schlock but it’s well-made schlock). To my utter shame, I haven’t seen Love/Hate yet.