Deep In The Game: Clive Martin from Vice 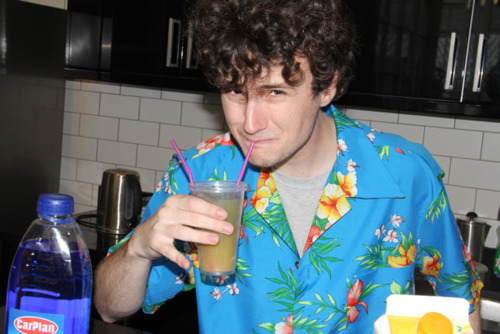 Deep In The Game, our series of interviews with people who are famous on the internet, rolls on. You can read our conversations with hip hop blogger Byron Crawford, Twitter comedian Rob Delaney and Crimer Show auteur Astonishing Sod in your own time; for now, it’s Vice UK’s Clive Martin, notable for A Big Night Out In… and confronting Americans over their relationship with dance music, amongst other things. 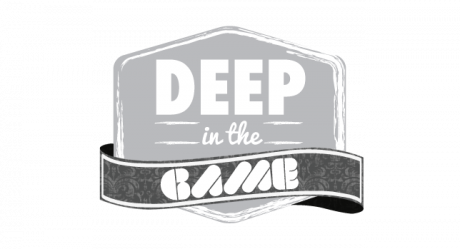 Can you introduce yourself?

I’m Clive Martin, I’m a writer for Vice UK. I’m probably most known for the Big Night Out series where I go and get drunk with different groups of people.

Are they the most popular articles you write?

No, the most popular one is probably the EDM one, where I talk about rave culture in America. That got shared around a lot, by Americans and, to use that horrible parlance, went viral. It’s weird because I wrote it in an hour, it’s not like I spent days on it. A lot of people wanted to retort – obviously I got the Twitter hate, but as well as that, there were bloggers who sat down and wrote proper retorts. It’s good when people will go to the trouble to write a proper retort to something you’ve written. A couple of big DJs agreed with me, so that was quite vindicating. And then these Christians in America all seemed to hate it.

Which DJs liked it?

Erick Morillo was one… a lot of guys who had one hit in the 90s, who’ve been around a while. People on the sort of David Morales level, an older generation.

Buzzfeed UK has recently launched – do you feel they’re stepping on your territory, given that you’re someone who does that style of thing for Vice?

Yeah they have, but there’s not a lot of writing to be honest. They had a piece a little while ago about shops with puns for names, which could have been quite interesting, but there wasn’t any writing, it was just a collection of gifs. I’m not a gif collector, so I don’t feel threatened, I do a bit more writing.

How did the Big Night Out thing come about?

Well it was around before I started doing it, it was featured in Vice, but it was more about places, rather than people. There was one about going out in the West End, or going out in Wandsworth. Whereas when I started doing it, I took it more in the direction of peoples, of subcultures. I’m interested in subcultures, in mainstream cultures, the idea of people partying in tribes. So it was a way to look at these tribes.

Well when I was growing up I sort of dabbled in a few different tribes. I had a nu metal phase, and then I was into garage, and had a Reebok Classics phase. So it was interesting to look at my little sister’s generation and see that everything seemed to be getting a bit more homogenised. Kids weren’t being beaten up at the bus stop any more for how they looked. So I wanted to go out and find these people and write about them.

Are you just going out and making fun of people who are different? 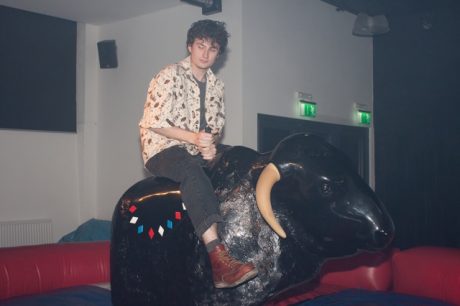 Is there ever a problem with making friends over the course of the night and then coming back and poking fun at them on the internet?

The only one I really made friends on was the one I had to make friends on, which was the Uni lads ones in Newcastle. They were quite pissed off when it came out, I think. It wasn’t the type of article they were expecting. But they’re probably getting laid off the back of it now.

Do you think they have it printed out and stuck up on the wall of their Uni lad gaff?

Yeah, but only in certain places like Peckham or Dalston. It’s always men, usually young men who want to come and shake my hand.

Can I read some comments about you, and you can react to them?

“Clive Martin you are without doubt the best writer on vice, one of the only ones who manages to be consistently funny and original without coming across like a condescending twat to the reader, glorious sarcasm and analogy’s.”

I like that one, that’s entirely complimentary, although I don’t think my bosses would like it too much. I don’t know if I’m sarcastic, either. Perhaps sardonic. It’s not like I’m there writing “Oh it was a really good night out”.

Do you have “glorious analogy’s”?

That’s probably from a semi-autistic childhood, I have a lot of references to compare things to.

“Is this a joke? How can any of you moronic individuals praise this fucking self-absorbed bag of shit? This is easily, HANDS DOWN, the most pretentious article I have ever read. If you’re really into this then let me just say one thing, WE GET IT, you guys are so cool.”

Pretentious is a word that’s as overused – or misused – as sarcastic. If I went out and treated the whole night like a Proustian experience with no negative comments then yeah, I think you could say I was being pretentious. You can call me a cunt, but I don’t think I’m being pretentious.

“‘Vice’ columnist Clive Martin is a seasoned and respected critic of electronic music and the scene as a whole.”

Nonsense. Complete rubbish. Obviously I have an interest in that sort of music and I listen to it. But Carl Cox is seasoned, I’m not.

“Wait, when did VICE writers evolve from hilarious former heroin addicts of Montreal to hilarious curly-haired Englishmen making drinks out of poisonous things? And his name is Clive?”

I think I saw that one. And she had #cutie underneath. I think when Vice made the move to the UK, things became a bit more professional. People have this idea of what our office is like, but it’s mostly stoically depressed men in t-shirt.

Why is it so different?

I think when you move to the UK, you’re always going to have to expect some degree of stiff upper lip.

What would you be doing if you had to do a job that existed twenty years ago?

I’ve had some strange jobs. I worked for a company that made component parts for wind turbines. My dad’s an estate agent, so I’d probably be doing that, or pulling pints in Wetherspoons.

What do you think about the idea of Vice as being arch or snobby, or hipster, for want of a better term?

Vice is reporting from the cultural frontline, not just commenting on what other journalists are doing. We’re going in there and doing what other people won’t do. I think we’re a bit more gung ho. I think some of the people who don’t like it are these incredibly bitter people. When I read the comments I imagine them being said in this broad Yorkshire accent. I mean, the articles are intended to entertain. It’s natural to want it to be funny or subjective.

I don’t think it’s too London-centric, we try to go out, or I do anyway, to talk about the rest of the country. I’m from London, I grew up in London, so I can’t avoid that, but I understand where Rotherham is. I think we pay a lot more attention to the mainstream than some of the other ‘cool’ magazines, more than we get credit for?

Do you have any examples of that?

Well there are some subjects that would be considered too lowbrow to cover by some people. Me and my editor, for example, are really interested in A Question of Sport. We think it gives a real insight into the British psyche.

Who are these ‘cool’ magazines?